New Teatime planned. Join us for Teatime with Staff this Saturday around 3-4pm CST!
* Time and place is subject to change depending on feasibility.

As this is a new board, it does not have a firmly established set of rules. Unlike 4chan, this is a user driven site, and we are looking for user input into what the rules of this new board should be. Post your suggestions in the comments 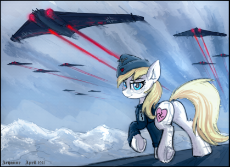 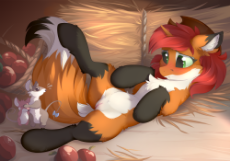 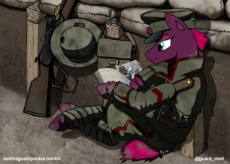 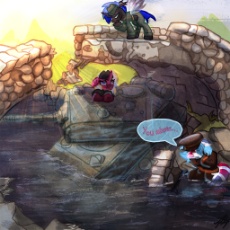 Almost everything is user-crafted and there are heavy aspects of logistics involved, as well as disrupting the logistics of the other team.
The game has an end-point when you take over the main home-base of the other team (or something like that).

The mane problem with the game? It does not have a pony clan as far as I can tell. 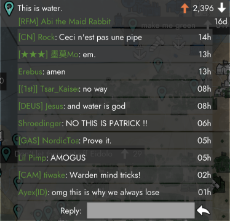 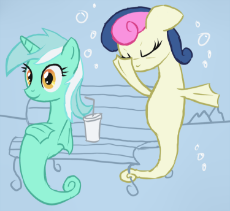 lul... was playing, gathering materials when I noticed this... marker out in the middle of the sea. 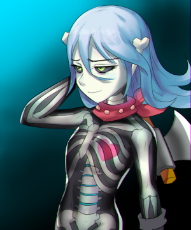 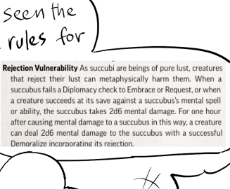 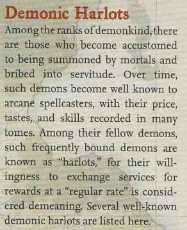 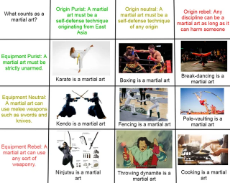 All-encompassing table top thread
Anonymous
Thu, 07 Jan 2021 02:04:29 GMT
dc49ce8
?
No.140645
140792
[Reply] [Last 50 Posts] [Last 100 Posts] [Last 200 Posts]
Like the title says, this is a thread for any and all table top games and things related to them.
If you have a question about homebrew, worldbuilding, game mechanics ect this is the thread for it.
98 replies and 6 files omitted.
Anonymous
Tue, 27 Jul 2021 21:16:28 GMT
8ce0dca
?
No.149800
149801 149802
>>149799
weighted scenarios?
Anonymous
Tue, 27 Jul 2021 21:17:43 GMT
66f8352
?
No.149801
>>149799
The thing about "weighted scenarios", as you describe them, is that they often include situations where the party has their backs to the wall and there is only one viable solution to the predicament. The problem with that is if there was no way of avoiding that situation in the first place, it's basically just railroading. Now, nobody likes railroading, but a little bit of subtle railroading to keep the game on track doesn't hurt that much. However, if the railroaded situation you create is "Do what I expect you to, or you'll be TPK'd", a variety of things could happen.
>1. The party immediately realizes that it's railroaded, and does what you want them to do (run away, negotiate, surrender, etc)
This is a likely scenario, but it's rather unfun when the players realize that they're not getting to make choices in the matter, which can lead to situation 2b (see below) if you do this more than once.
>2. The party recognizes it's a railroaded situation, but misinterprets what they are supposed to do (fight until expected help arrives, die with honor, kill the enemies' leader, distract the enemy and die while the rest of the party escapes, destroy the McGuffin, use up all of their resources, etc)
This is a situation you create for yourself when you give the party problems with only one solution. If there is only one solution in the situation, any other significant action has potential to derail the plot that you tried to railroad. As the GM, you are responsible for eloquently communicating the situation to the party; any inadequacy in making the situation clear is a failure on your behalf.
>2b. The party realizes that the situation is railroaded, and gets frustrated or antagonistic as a result, leading them to do something you don't expect them to (destroy the McGuffin, kill themselves, fight to the death in a show of 'bravery', join the evil side, exploit a mechanical loophole, sacrifice a key NPC, destroy the world, etc)
This outcome is more likely than you think. If you haven't been communicating with the party well, or you've frustrated them with your plot resolution, they're going to be unpredictable. Players who feel like they're being deprived of choices will try to create choices for themselves, leading them to subvert the plot and/or to the one thing you haven't prepared for them to do. Some players will do this without even realizing it, or just have a belief that they're supposed to outsmart the GM even when surrounded and supposedly out of options. This is something to watch out for, because players will never fail to surprise you in their plot-derailing ingenuity or equally-powerful stupidity. Cornered PCs can act like cornered animals, even if they don't realize they're cornered (see number 3 below).
>3. The party DOESN'T recognize that the situation is railroaded, and does the opposite of what you expect them to (fight to the death, destroy the McGuffin, join the evil side, sacrifice a party member, use up all of their resources in desperation, etc).
You can expect at least one party member to misinterpret the situation, so this outcome is rather likely.
>3b. The party is more optimized/powerful than you expected, leading them to simply bulldoze right through odds you thought to be "insurmountable" with brute force and clever tactics.
This happens all of time, but isn't really a problem unless you hinged your entire plot/universe on the the party's failure, which you should never do. If you don't want the PCs to murder the goddess of light, you shouldn't have put her there in the flesh (if it has stats, you can kill it).
>4. The party doesn't recognize the situation is railroaded, but still does what you expect them to.
This is the most desirable outcome, but notice how it's only one of 4-4 outcomes possible, and with 4-6 party members you can expect at least one player to try something whacky. It is also the outcome that requires the most skill as a GM, because it means getting the party to do what you want without letting them realize that they aren't the ones making the choices.

From what is listed above, there are 4-6 ways a party can react to any situation with "insurmountable odds", and only 1-2 of them are really any good. As a GM, you shouldn't really be depriving your party of choices, because when you do that you deprotagonize the players and worse you create the possibility of PCs frustrating you by defying your expectations. Not only is railroadinging in this fashion unfun, but it gets even worse when you realize that the party might not properly cooperate with the actions you are trying to force them into.

>>148233
>The spirit behind it is to emphasize that the party IS the center of the story, but that doesnt give license to do anything they want, at least not without a very real possibility of death or consequence for foolish/haphazard choices.
>In my games I want the players to be as motivated to try to avoid dying as a person likely would be in an irl conflict at the same level of risk.
How do you usually go about implementing this? Do you actually kill them, or do you not? What's the level of game lethality you're looking for?
Usually early deadly encournters that install fear of death in players are meant to set up the expectation that they could die, but also make them more okay with the potential of dying. PCs who don't want to risk dying wouldn't go on adventures in the first place: heroes are by their nature braver than usual.
Idk if you're even still alive, but I want to understand what you're getting at.
Anonymous
Thu, 29 Jul 2021 21:52:51 GMT
d835444
?
No.149877
Anyone else here tried PF2e?
It's been growing on me. I was originally a 3.5e/PF1e fan, but I'm liking this edition.
Anonymous
Fri, 30 Jul 2021 21:03:21 GMT
d835444
?
No.149882
File (hide): 4E3AECD9FB8EB6819E214C9EA508014B-163783.png (159.9 KB, 802x316, unknown-50.png)
[Bing] [wait] [Tineye] [Yandex] 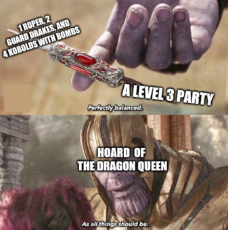 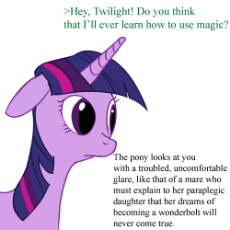 My base was a mix of psionics and chaos magick, broke into impromptu sympathetic magick. Took a break after a heavy loss. But I've since restarted by dabbling in evocation. WTF does that mean? It means I made thought forms and egregores, then started using sigils, then started doing voodoo stuff with random objects within reach, then took a break, and now I summon demons and mlp ponies. WTF does that mean? Read and find out.

What is Magick? Lets Plow Through This...

Magick is a methodology of imposing your will on reality to cause changes within it by utilizing an inherent power. The mechanisms remain the same. Even though there are 6 gorrilion types of magick.

Law of attraction, chaos magick, planetary magick, voodoo, wicca, hermetics, devil worship, psionics, pop culture magick, sigil, candle, shamanism, magick of solomon. On and on with the hidden fringe magicks. You could literally read every waking hour for the rest of your life and never run out of information.

By far the most popular is Kabbalistic Magick. The secret jew magick taught in synagogue to true believers. Why do you think all the celebrities are fucking Kabbalah practitioners? Why the fuck do you think the jews control everything?

Hell there's even a dark reflection to Kabbalah. Kabbalah uses the tree of life, while this other art uses it's opposition, the Qliphothic Tree of Death. If you really wanted to stick it to the jews, learn that shit. Its heavily demonic and overkill esoterically edgelord. But do it in your own time.

The basic premise of my post is a more strategic moving of various relms to here. 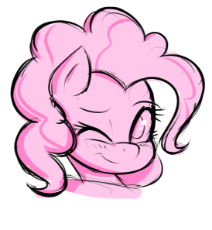 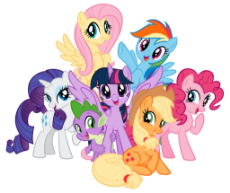 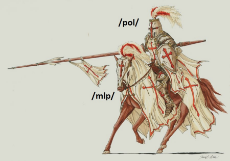 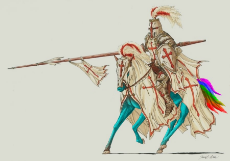 Mediums for Online Roleplaying Games
Anonymous
Tue, 27 Jul 2021 21:55:28 GMT
No.149805
[Reply] [Last 50 Posts] [Last 100 Posts] [Last 200 Posts]
What's the best medium for ttrpgs, /mlpol/?
Do you use Roll20, Foundry, Discord, or Matrix to fascilitate online games? What do you like/dislike about them? What do you think makes for a good electronic tabletop. What other resources do you consider essential fulfilling online games?

What games are best played with electronic tabletops? Has compatibility with online resources ever influenced your choice of games?

To those of you who roleplay with meatspace groups, do you ever incorporate online resources or electronic tabletops into your games? How does that go? Can irl games be improved with online resources? 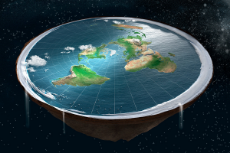 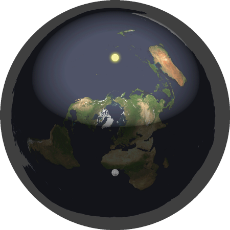 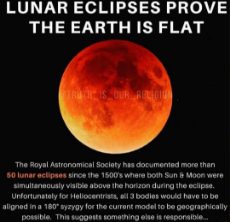 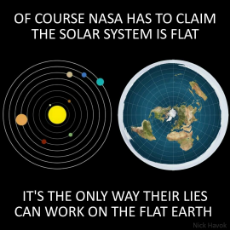 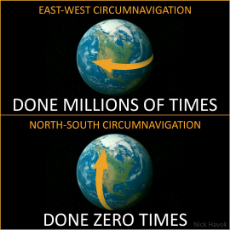 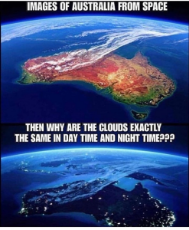 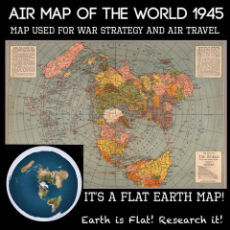