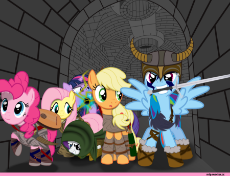 Mrs. Sentry
Sat, 07 Oct 2017 07:13:00 GMT
wqe6n
?
No.5601
>>5600
Best filly
Mrs. Sentry
Sat, 07 Oct 2017 07:13:29 GMT
wqe6n
?
No.5602
goodnight everypony
Anonymous
Sat, 07 Oct 2017 12:44:14 GMT
IosaW
?
No.5603
5604
[1d20 = 7]
>Not using borax based attacks on the queen
Do you even exterminate.
Sorry passed out last night, but I should be good for tonight
Roll to detect any type of magical items in the cave
Anonymous
Sat, 07 Oct 2017 14:08:28 GMT
mjNtt
?
No.5604
>>5603
Oh there's LOTS. Don't feel bad about not being able to play, though technically it is your fault Thez had to speak Blasphemy, as a well placed "Dispel Magic" would have removed the Queen's shield and allowed the party to gang-rape-kill her. No worries though, a wall of force does not block sonic attacks, and like I indicated, Thez wasn't going to leave without her record contract.
The contract doesn't do anything mind you, but it represents her most glowing achievement in the last reset, where she rolled a 20 on her performance check (which, when added to her perform ability, acrobatics, magical embellishments, and such came out to like a 48). It is because of that contract and performance that a good 1/3 of the piles of riches are even there.
Now for some clarification and explanation.
Thez does not think Starlight Glimmer is best pone, but in the infernal realms (where Blasphemy was first molded and crafted), the general perception is that she is. There are entire levels in the Abyss dedicated to Starlight Glimmer, so while Thez doesn't care either way, she does know Blasphemy (and has the infernal nature to make it work).
The teleport lock on the treasury didn't actually belong to the Queen, it is more of a security measure to make sure that no one poofs in and starts jacking shit. Now that the treasury is reclaimed, one can readily go to and from with ease. Atop the treasury up a winding staircase is an expansive fighting ring, designed to train, practice, spar, and whatever. There are holodeck proportions to it so players can practices spells, techniques, strategy, etc. on pseudo-enemies, but usually players use this area to beat eachother about the face and torso.
Down a similar set of stairs from the Treasury, the ordinarily somewhat translucent glass of the tower blackens and takes on a matte-texture. This leads to the Forge (which, btw, is where Lenos is). FOr the record, forging shit is Lenos' favorite thing, and the one thing that he (with exception) will do essentially for free just cuz.
The outside of the building is enspelled to allow one to walk across its surface as though wearing gravity boots or some shit,... just don't jump.
And, because the guy who designed the building - brilliant though he was - was a little off in the head, there is no actual door connecting the upper level and the lower level, one instead has to walk outside the door in the middle (formerly the section of tunnel that connected to the ant hive) and up to the pinnacle where the dais is. The dais was originally the magic user section of the building.
Don't worry, I'm gonna do up the associated maps.
And SPEAKING of maps, since the building is flying now, I'm also going to finish the world map. The building isn't THAT fast, but it allows you to be at Port Barry, or that place to the south, or any adjacent area in a matter of minutes (as opposed to hours by foot, or a half hour by mount).
Anonymous
Sat, 07 Oct 2017 14:44:14 GMT
mjNtt
?
No.5606
5608 5611 5676 5678
The treasury consists of about 30,000 ounces of gold and assorted other precious metals (platinum, silver, copper, bronze, brass, titanium, adamantite, cold iron, etc. etc.), including some golden-steel (sourced from a particular type of enemy that I can personally guarantee will show up at some point) that appears to be giant armor (not of a giant mind you). There's also an assortment of gems very much like that Rarity gem-finding episode. Incidentally, the next time the party sees Thez, her 'outfit' will be much more over-the-top opulent, fashioned to almost look like a pair of jester's tights. with shiny mirrored plates accenting various spots, which themselves look like windows through which you can see cherry-blossoms shifting lazily in the wind, but for now she's still curled up around her contract sleeping most soundly.
As for magic items there are:
A Rod of Cancellation
A Rod of Metamagic - Silent Spell
A Scroll of Water Breathing
A Ring of Improved Jumping
A 30' length of Rope of Entaglement (Hang Yourself!)
2 Golden-Steel Masterwork Bastard swords
1 Golden-Steel Rapier
1 Golden-Steel Orcish Double-Axe
and 1 Golden-Steel Greatsword that's way too big for anyone to use, but also looks like its missing something (technically finished, but technically not). 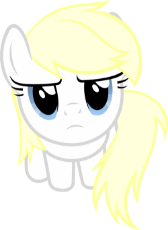 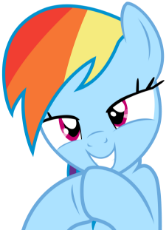