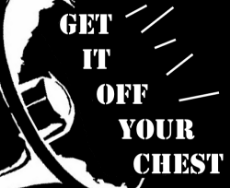 Nigel
Tue, 28 Jul 2020 17:12:55 GMT
4009a3a
?
No.2677
No idea where else to put this, but fuck NPCs and the way they think "Democracy good, anything but democracy bad".
Every day you see Stellaris-playing NPCs fucking struggle to comprehend the existence of an evil democracy. "Like... how would so many people vote for a bad thing like the destruction of another race? How can they have so much coggytive dinnasance? ...That's the word for when stuff confuses someone, right?"

Anonymous
Tue, 28 Jul 2020 17:43:44 GMT
d02a027
?
No.2678
Also fuck jews.
Anonymous
Tue, 28 Jul 2020 23:06:22 GMT
4c16fca
?
No.2686
I dislike that I know why I am in these doldrums, and that getting out of it now would be ill advised.
Most of all I despise that these creatures have done everything they could have. To be evil, and to continue to do so.
I want people, everybody, even the ruinous and despicable sjw type people to understand. Why, how, and what is going on instead of the dazed acceptance of the publicly shown world at large.
But maybe that's not what I want. It's that I want that evil to have no effect or affects.
I needed to say something somewhere, and I appreciate you making this.
Anonymous
Thu, 30 Jul 2020 01:12:04 GMT
d02a027
?
No.2695
I HATE TRANNYISM SO FUCKING MUCH HOLY SHIT
WERE OUR DADS, GRANDDADS, AND THEIR GRANDDADS ASLEEP AT THE FUCKING WHEEL WHEN IT CAME TO SAYING NO TO INSANITY?
Anonymous
Thu, 30 Jul 2020 03:42:21 GMT
4577bb7
?
No.2696
2698 2699 2704
Every time I see someone say "Whites will beat the Jews and have an ethnostate" I remember the USSR and the holodomor. I don't see a realistic way of fighting what we're up against and know they have already killed millions of others. They tricked us into killing all of our best soldiers and handing them the best weapons humanity ever invented. It's hard to keep positive when you look at the big picture and see how passive our people have become. If they can't even stop niggers rioting in the streets or defend their heritage what hope do they stand against the onslaught coming their way? Humanity is doomed if we do not win, it will collapse into mud huts until the last savage starves to death from his own stupidity. I don't see a future if we don't win and I don't see a way we can win.

>>2696
>Call me black pilled if you want,
You're black pilled.
>I'm sure you would of called all the starving Ukrainians black pilled as the Jews stole all their food and killed any who tried to escape too.
Ah, here is the difference. We have hoer pussy on our side and memes.
>handing them the best weapons humanity ever invented
That's fine. We are actually human! With hearts and minds to overcome this as well.
>I don't see a way we can win.
Winning blindly works for me. In all seriousness things are really bleak. The day to day mundanity of everything is immense. Not only that the underlying problems webbed underneath can be felt, with gentle probes.
I won't deny that they will do unholy horrid things. Or that everything as people know it will remain the same.
It's not just that things are going to be tough. Every civilization has gone through terrible things.
Not quite like this scale, and with this brush of paint. It is similar enough to know it can be done. Has been done.
They have learned as well. They may have won a few rounds.
But the final most important round to win will be ours.
The fighting spark is being lit. No matter the chemicals, or indoctrination, or programs, or threats.
History has shown once that spark is on fire. Losing isn't an option to take.
>I don't see a future if we don't win
So that my friend. Is why we must win. Even if it's impossible.
Anonymous
Thu, 30 Jul 2020 04:32:01 GMT
b72847f
?
No.2699
2700 2703 2704
File (hide): 724DA2516F3220698DE386CEC4778597-3026515.png (2.9 MB, 2400x1800, 1916532.png) 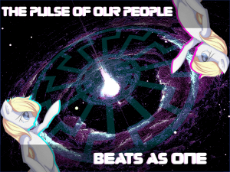 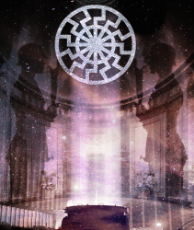 This whole time, I thought Pokemon Essentials fangames took a long time to make for the same reason regular games take a long time to make. Nope, turns out they take a long time to make because every decently playable fangame only got that way after their dev "bugfixed" Pokemon Essentials by fixing every mistake, inaccuracy, and bullshit audio balancing issue ever.
Anonymous
Thu, 06 Aug 2020 04:28:28 GMT
d02a027
?
No.2719
>>2708
Pokemon Essentials is actually pretty cool. once you get used to the arcane steps every simple thing takes, it's quick and easy to shart out maps and edits to canon pokemon and even new pokemon/forms/regional variants/new types
I never thought I'd see the day when a pokemon game offers triple-typed pokemon, but I saw it today after I made it.
now i'm going to take this opportunity to make a shitpost game
[Last 50 Posts] [Last 100 Posts] [Last 200 Posts]
17 replies |  5 files |  7 UUIDs |  Page 1
[Go to top] [Return] [Catalog] [Reload] [Archive] [Update] ( Auto)