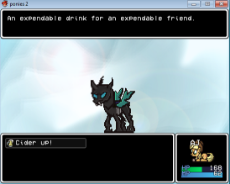 Noone is aware what exactly has taken place yesterday. All the destruction of ponyville is blamed on a recent changeling invasion.

Two factions will scatter the remains of scorched earth. One ruled by Rainbow Dash and another one by Applejack, (which you, in a way, help to build from a ground-up, or not, depending on your choices). Applejack believes that changelings are perverse ill abominations of nature and should stick to their own kind without luring anyone into their clutches. Rainbow Dash, on the other hand, calls for their acceptance and demands their full integration in pony society. On top of that, she believes that love is love and being proud of what you are is the only path to peaceful coexistence.

You are given choice to support either of two sides or not be involved at all.

The equality village, led by Starlight Glimmer, was and is a rehabilitational center for those seeking to put a stop to their alcoholism and drug abuse. For a relatively small fee (just 5000 bits,
donation from family is allowed), you are granted full membership status. The program demands your full cooperation though. Any less of that will be treated as sacrilege and the punishment will follow suit. Also, for an additional 2500 bits bonus you can volunteer to be "marked". An equality sign will replace your cutimark, that will detonate once and only once it detects alcohol in your blood vessels. Still, it is strongly recommended that you go through all of
our avaliable techniques before jumping to this one. Feel free to check out our kite launching rooms, our hypnotherapy consultant, Starlight Glimmer, and most importantly, try to enjoy the simple gifts of life.

The masses thank the star of hope
they give their freedom to the star
And then stand up to be the owners.
Anonymous
Fri, 05 Nov 2021 15:05:06 GMT
No.153231
153233
>>153230
Berry Punch has a limitless arcenal of Moonshine at her disposal. However, the more you drink - the less you progress. You don't level up in fights if you are drunk, but you may learn new skills while drunk as time goes on. Getting drunk is a metaphor for feeling "safe", saving yourself the trouble to fear for your death. Usually you are stressed that you could die at any moment, especially now that the whole world is ending. But when you are drunk you simply stop caring about all that. The real challenge would be to stop drinking altogether and listen to the advise of a kind gray stranger. The real challenge would be sharing Octy's fate of not being able to save throughout an entire game.

Drawing sprites while listening to David Bowie. At times like this I feel content.
https://www.youtube.com/watch?v=iYYRH4apXDo&ab_channel=DavidBowie
Anonymous
Sat, 06 Nov 2021 04:37:20 GMT
No.153236
MP stands for magical Points. Unlike other games, the world of Equestria obeys the single rule -friendship is magic. You don't regain your MP by relying on resting or items. You regain Magical points by spending time with your party members and putting your trust in them. Talking to them and earning your place in their hearts. Friendhip converts to magic, which by itself is converted to MP. 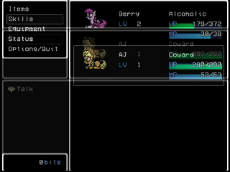 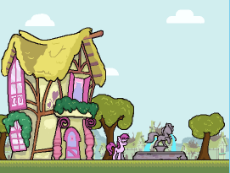 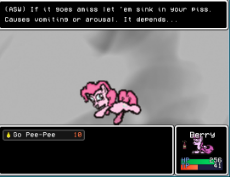 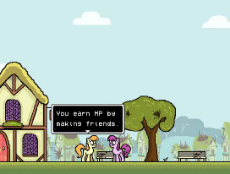 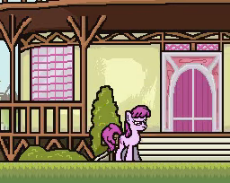 There will be some of my oc's in the game. One of which is a pony named Double Down. As her name suggests, she is a gambler. She is often found near a casino cashing in her last savings just to get back in the game.

Double down is happy that the word is ending because noone will come after her poker debts anymore. She can finally be at peace.
Anonymous
Fri, 21 Jan 2022 01:43:59 GMT
No.158272
158293
Hey Slav dev, have you checked out this LISA Movement Script? Looks like it massively simplifies making platform since you no longer need to put events everywhere, you just tag tiles.

No. I know that LISA jumping mechanic is flawed but at the same time it's simple. I know it can be tiresome to apply a script to every single event when you jump up and down, let alone checks for sprite changes. But it works fairly fine and doesnt mess up game's performance.

Speaking of, there are a lot of codependensies in how scripts access game data. I already done a lot of additional plugin insertions to make up for sprites changing after applying a state to an actor, hence berry's sprite changes when she gets drunk. I cannot allow changing things further. It could result in a disaster and extreme framerate drops. Besides, the style of my games have zero instances of vertical jumping. But now that I have added it, I'll simply stick to what works.

>>Also can you give advice on how you made your sprites and such?I'm trying to fuck around with RPGM too but I'm extremely bad at art and it's a major hurdle for doing any sort of project.

Just decompile LISA the painful and start fucking with it, dude. You think I'm some kind of guru who's done a fuck ton of research and learned ruby down to the teeth? Not. My first crappy project was replacing terry hints from LISA with vinyl the fucking scratch. I'm still convinced this is some of the cringiest shit anyone has ever done but alongside it helped me to master the engine of rpg maker vx ace.

I drew all game sprites in photoshop CS6. You can use whatever suits you best. Not paint because it has some transparancy issues. 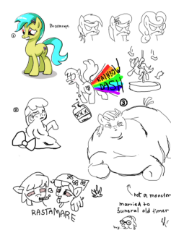 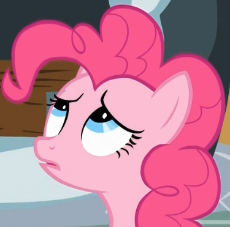 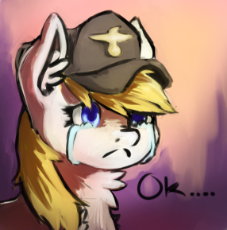 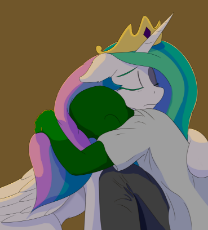 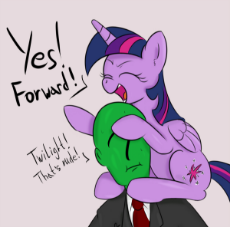 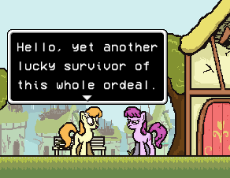 It sets the kind of mood that I, personally, am foresseing for this kind of a game. It's a meaningless waste of space that is somehow coherent in its absurdity to the point when you begin questioning your own sanity. I have come to a conclusion that a fighting game about ponies is not a normal game to make. In the process I've faced a lot of dead ends, walls, writer blocks. But as a result those corners have set the canvas I'm now drawing on. It's thanks to limiting myself I've come to know the exact leftover directions to lead from start to finish. For the first time I am seeing CLEARLY something and it's amazing.
Anonymous
Wed, 24 Aug 2022 00:53:00 GMT
No.165750
165752 165753
>>165745
Fighting Is Magic was a genius move from a marketing perspective. Take fighting game cliches done to death, make the gameplay an accessible stripped-down slowed-down MVC2/3/Guilty Gear hybrid, and add characters with the biggest hungriest fanbase ever at the time to attract this fanbase. I believe real passion went into this. But it's marketing genius anyway.
Sonic Smackdown didn't set the world on fire and break new ground. Type Wild the fighting Pokemon fangame didn't make it to evo. FIM did, because it hooks people with the absurd premise of cartoon ponies fighting and keeps them pressing buttons with simple rewarding gameplay, a great tutorial, and a story mode that is also a tutorial. Most fighting games do a genuinely fucking abysmal job at keeping people playing and teaching them to play and making them care, a job so shit it would be unacceptable in 95% of other genres but is normal for fighting games. Some AAA release could come out with no training mode or a shit one that lacks frame data and hitboxes and consoomnigger NPCs would defend this. Niggers already defend the new KOF for being broken on launch.
Six playable characters and Chrysalis as the obligatory large final boss... If it kept quiet and then unexpectedly released or announced itself at Evo when complete it could have kept adding other characters like Trixie and the DJ Pony doing uhhh... whatever moveset they decide to put on these characters(mixup trap zoner and lockdown zoner?). Hasbro's C+D made it more famous but Lauren Faust getting involved was extremely lucky, now the new setting they're forced to create and repurpose this fighting game for will be loved by FIM fans and Faust fans. Probably. If it was finished sooner (or a playable demo was released sooner) when there were more bronies the hype would have been immesurable.
Anonymous
Wed, 24 Aug 2022 01:17:59 GMT
No.165752
165753 165768 165770
>>165750
Fighting is magic, along with Them fighting herds, all comes down to "fighting but ponies (or creatures)". It's a well made B+ experience for most of people who like a simple premise that can deliver. I am not here to deliver a premise. I want this to be bigger than just a bunch of ponies fighting. I want to embark on a closing chapter in our book. The one that you and I are on. I want to look deeply into my the soul, the heart and ask myself the most hard hitting questions in order to get the definitive answers of what drives the brony engine, what ignites the fire in millions of people. The legacy of my little pony feels unfinished, entangled in chaos. I want to find sense to that chaos and draw a fat line across it, confine it, tame it. 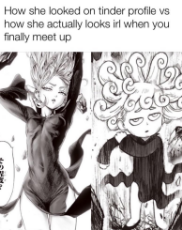 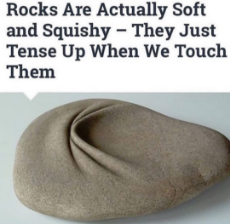 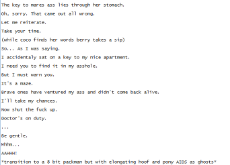 And of course there is this gem...

I LOVE LISA
I LOVE MARES
I LOVE DEGENERACY