Anonymous
Fri, 22 Jan 2021 11:48:52 GMT
No.141855
142319
The opening scene features octavia putting a blanket on Berry Punch. Octavia says to Berry some reassuring words, that even the pieces of trash like her can be the next shot of tommorow.

Although completely drunk, Berry takes a moment to think of the meaning of those words, before dropping to sleep.

The next morning Berry wakes up in the same place she slept, only to find a weird orange pony on a tree. The orange pony is getting barked at by some dog called Winona and asks someone to help, claiming she'd slay it herself but she pulled her groin climbing the tree. Having nothing better to do, Berry beats the dog.

After a short fight, The orange pony climbs down and introduces herself to be Applejack, or AJ for short. Both share a small talk after each Berry and AJ decide to team up since they both are running from something.

Okay, so here is a wordy ugly draft:

Later Applejack tells Berry Punch about changelings and what they are. They are basically perverts who want nothing more in life but to get close to a living thing and fuck it. Changelings have an urge to fuck anything that moves, breathes or looks alive. To do it, they take shape of something harmless to get victim's trust. Can be a family member, a closest friend or a nice looking rock. And when the right moment comes, they fuck their prey. There are no moral grounds or restraints with those guys. Changeling's main purpose in life is to fuck things. They don't even do this to survive. They do it because they want to. Their queen, Chrysalis, is too tired of having sex with ten thousand fuckers that one day she decides to conquer the land for them full of things to fuck. She develops a plan to take Equestria and, when the great opportunity reveals itself, raises six changelings all by herself calling them the prophets of the hive. Their function is to replace six ponies to get closer to Celestia by befriending her socially awkward student Twilight Sparkle. But in the middle of it something goes wrong. Equestria falls within a day by some unknown curse that has quickly spreaded all across the continent. The curse does nothing to changelings though, leaving them free to lurk and fuck things without fearing for concequences. It's rather sad, considering that changelings were just in time to kidnap and replace Celestia at that point. The only strange thing they've noticed was that by moving the sun with mirrowed Celestia's magic their eyes glow green.

Unlike justice, element of lust is focused on an alcoholic who's pretty much a messed up idiot with a need for a drink. You will collect beer bottles, feel em up to make explosives, drink them to get drunk and deal extra damage. Your companion, applejack, is pretty much useless at the start but becomes stronger as time goes on. Since applejack is a prophet of the hive, he can take form of mane six characters and use their skills - Pinkie, Twilight, rarity... you get the idea.

Ponies hate changelings to death for their actions since they fuck everything, starting from an animal and ending with a newborn child. Those incidents often end with victim's imminent death since changelings rip their holes so hard it literally tears them apart. At some point of the game you will have to choose between your friends and a "reformed" applejack. This choice leads you to either kill a changeling pretending to be applejack or be abandoned by everyone but him.

The only goal ponies have is to confront the queen and force her to free Princess Celestia, who will help to defeat the evil and break the curse that turns ponies into monsters. In the end of the game you will be met with a choice. A rather interesting one. I'll leave you here for a while. It's been enough information for today.

I am not sure it's a good world building still. Sounds retarded.
Anonymous
Tue, 26 Jan 2021 23:12:43 GMT
No.142296
142297
It's pretty funny, considering the continuation of a rather dark edgy game is so retarded as ponies are running around in panic and try not to be fucked by perverted insects. And the fact you play as an alcoholic that swears a lot only doubles the whole idiocy. I want the seriousness to be hidden in little moments that are very easy to miss.
Anonymous
Tue, 26 Jan 2021 23:26:47 GMT
No.142297
142299
>>142296
>>142295
Interesting, sounds like a good skeleton plot. How do the Trix Mutants fit into this?
Anonymous
Wed, 27 Jan 2021 01:42:38 GMT
No.142299
142300
>>142297
They continue to cause havok and destruction, of course. This will keep happening behind the curtain. Like its something so out of the mood, it's completely unrelated and should be labeled "unimportant". If a monster bites a pony its only a matter of time before she or he becomes it, as if the momentum of will to harm is passed from one body to another, looping the cycle. By the time Berry will confront Chrysalis, there will be close to no survivors. 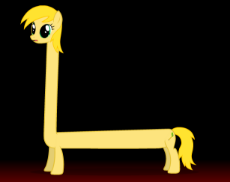 >>142300
Exactly. Kinda like in Lisa they briefly appear as strong bosses. Some of them are even cute and funny. I can add something like this oc below. I think this will be pretty funny and off putting.
Anonymous
Wed, 27 Jan 2021 02:11:24 GMT
No.142303
142304
>>142302
Cute and off putting needs to have an enviroment factor to make it all the more scary
Anonymous
Wed, 27 Jan 2021 02:25:24 GMT
No.142304
>>142303
Yeah. Like leafs on trees starting to fall, Grass getting all weird etc... It should get closer to a feeling that the more steps you take to your final destination the more you understand how much change has taken place. Life is a journey. You walk in as one person but walk out as completely another. Though I can't use the same "turned into a monster" ending. It needs to be something different.

A lot of bricks were left unturned, I admit. I still havent explained why trixie was hated so much that she was driven to buy that damn alicorn amulet, aka the element of justice. I also want for Berry to depict being stuck in a position where there are countless choices to consider but they leave to the same outcome. Maybe it is possible for Berry Punch to quit drinking and something like that. There is also a hidden depth that can be explored in a relationship between minuette and berry punch, as well as some parallels drawn. I can sense my mind rushing again deep into this world of opportunities.

Anyway, here's some battle music I've made two weeks ago. I still struggle to seal its purpose since its, despite being energetic, is too attention grabbing. It's a flaw of mine that each time I do shit I try to make a next banger or something.

I guess I better just draw things first. Music ideas will follow suit.
Anonymous
Wed, 27 Jan 2021 08:03:46 GMT
No.142319
142320
>>/mlpol/299780
I'm really happy about that announcement, Element of Justice is complete so please do get on this new project. Make it as long as you feel it ought to be while being cohesive, don't bite off more than you can chew. Though, as LISA had lots of possible companions I hope you incorporate a few different companions, such as maybe Molly Cutter. Also if drugs are canonically in the game maybe they could be a mechanic.

>>141855
Kek, I like that story. So that's why Big Mac's eyes looked weird, at first I thought he had been hypnotized or something. I don't know why his impostor is just as strong as Big Mac, though.
Also, the story isn't post-apocalyptic like LISA so much as it is apocalyptic, and I'd say the setting is darker.
>magical curse comes out of nowhere
>spreads like magical contact radiation, even vegetation is turning monstrous and spreads from Ponyville like Day of the Triffids
>seemingly random ponies turn into abominations, consuming ponykind in an incoherent rage and some of those who manage to get away become like them
>only creatures that can survive in this hell are your mortal enemies who have come to replace you
>your only hope of salvaging anything is your goddess who has been captured like a living Valerian (dunno what happened to Luna or Cadance)
>guess I'll die

>>142302
Reminds me of "Burnts" from OFF. If you've played that game (and I recommend it, it's free and really short) you'll know what I mean.
I like this inspiration from LISA, but I'm wondering what other dark games you've played. Pathologic is from Russia, do you have that?

>>142305
I was a retard and didn't realize you made all the music yourself, I thought you got help and was wondering why there weren't credits. Really impressive in retrospect, "Snails" is my favorite song by far but maybe that's because I'm a sucker for the ukelele(?) riffs toward the end that contrast beautifully. I'll upload the Element of Justice OST as a playlist on Youtube soon™.
This latest music sounds exactly like something you'd hear in Need for Madness, a low-poly 3D racing/crashing game by RadicalPlay. That game was part of my childhood and I think it's still around and can be played for free.
Anonymous
Wed, 27 Jan 2021 10:55:30 GMT
No.142320
>>142319
>Element of Justice is complete so please do get on this new project.
I agree. There's no use polising something to death. It's time to move on to my next project.

>I hope you incorporate a few different companions, such as maybe Molly Cutter.
Molly Cutter is good for a random enemy that comes out of nowhere and cuts you with a knife. I am not sure if she can be a companion, though if there will be a moment like in lisa when your party members confront you and say their piece, it would be interesting to see what she says.

>I don't know why his impostor is just as strong as Big Mac.

Something's in the water. I thought a lot about this one and about how to make story logically consistent so I came up with a visual clue that you see a lot. First, Pinkie puts her hoof in a river, second, applejack puts apples in a bushl full of water for some reason. this pattern makes me wander that perhaps simple water gives those changeling some healing powers. Water is life and changelings consume it to heal.

Hey, I think I know the game off from somewhere. The protagonist's face looks like something I've seen before. I also remember the game called suits or something.

Hm... Perhaps I should start with the exact opposite. I didn't play fnaf or slenderman. I rather prefer the nature of horror to come from experiencing an immersive shock in an easy unrushed way. My favourite horror game is called merry christmas alfred robbins: 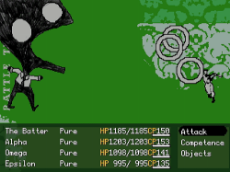 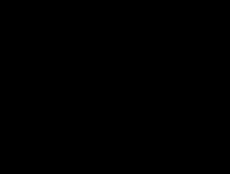 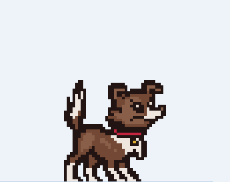 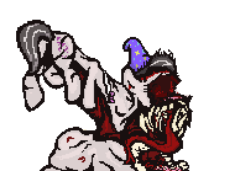