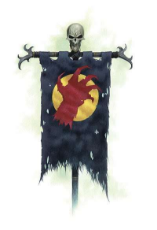 Wanna Fight Some Goblins?
Anonymous
Sat, 11 Jul 2020 19:39:18 GMT
79d6b2d
?
No.132102
132117
[View All] [Last 50 Posts] [Last 200 Posts]
Would anybody be willing to play Red Hand Of Doom if I ran it off this board?
One of the games I've been looking forward to playing has been cancelled, so I might have some extra free time in the next upcoming months, and I feel like running one of the adventures I have downloaded.
RoHD is a mid level adventure module that could be finished in a few weeks or a few months, depending on how well it can be organized. I'd be running it with third edition rules, with a few PF1e imports, using this board for logkeeping and dialogue, and perhaps using discord for voicechat or Roll20 for battlemaps, depending on who's playing.
That all depends on whether I can find players who would be enthusiastic though. I'm just looking to see if anyone on this server is interested enough for me to do it on here. 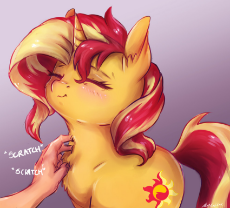 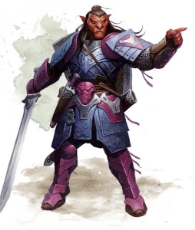 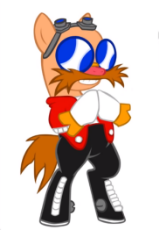 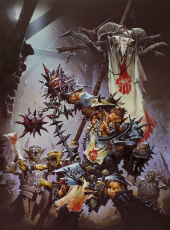 >>132116
>>132118
New players are welcome.
RHoD is a 6-12 level Campaign (it's a campaign, so finishing it will take a little bit of dedication), written for four inexperienced players who's builds/optimization don't deviate from the "classic" four-person party design.
It's why I'm asking here, instead of Roll20: partly because I know there's people here who'd like to play for the first time, and partly because because inexperienced players spare me the effort of having to scale-up some of the weak-sauce encounters.

However, if enough new players are interested. I might like to run a short-and-sweet adventure to get everyone acclimated with the edition. It's also to test mediums here, because I did a one-shot on this board before and I wasn't really satisfied with the speed game: to amend that I think I'd like to supplement it with a discord channel or a Roll20 group so that I can communicate with the players more easily, or just find a way to DM players on mythweaver.
I've got the Sunless Citadel one-shot adventure that I've been wanting to run for months, which is a one-shot meant for characters lvl 1-3. Interesting, exciting, highly-recommended and great for beginners. Ideally, it could be finished in a single session, but I predict it could be done in 2-3 sessions just because players are new and I'm not sure about how fast a game would take place on a chansite.
>>132117
3.5e, with perhaps a few feats imported from PF1e if I'm feeling generous. 3.5e implies 3.0 content that hasn't been rewritten/errata'd.
>until after checking the module itself out a bit
I'm going to ask you politely not to read anything else about the module. Even I've been putting off reading it for the past 2 years because I was hoping I would get to play it. I've read it now, and I intend to run it.
Anonymous
Mon, 13 Jul 2020 06:55:16 GMT
b679f7b
?
No.132126
132129
>>132120
Don't worry, I didn't actually read anything other than whatever blurb google decided to put as the first result for the search. I mean, who would do that, just read ahead in a module and spoil it all for when they play? Wouldn't that just defeat the purpose?
Anonymous
Mon, 13 Jul 2020 19:12:09 GMT
79d6b2d
?
No.132129
132134
File (hide): 8F972388CEA62C51DE3B8BB4784D9AE0-289174.jpg (282.4 KB, 847x1080, red-hand-doom-dungeons-dragons_1_7135f2abc1f894f043bcfd37bd23340d.jpg) 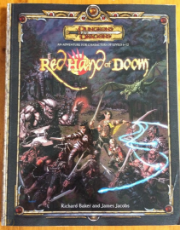 >>132126
Just making sure, because it's better to establish it now than later. RHoD is considered to be one of the better modules in 3.5e, and just googling it will lead you to countless adventure logs of past DMs.
I may as well give a clue into what the adventure is bout though. Here's the Wikipedia plot:
>Red Hand of Doom follows a group of adventurers who have entered the Elsir Vale, a thinly populated frontier region. The party discovers a massive hobgoblin horde that is fanatically devoted to the dark goddess Tiamat and led by a charismatic warlord (final boss). To stop the horde, players have to muster the inhabitants of the Vale, battle hobgoblins, giants and dragons, and defeat an overwhelming enemy.
So basically, an evil cult of dragon-worshiping goblins rallying to destroy the world as we know it.
Obviously, Hobgoblins are going to be the major enemies in this game. It's a generic D&D module, that can be dropped into just about any setting (including Equestria, or so I've read, but I'd have to look into that first...); I'll make final assessments for the setting after I see if I can get four dedicated players participating.
The game would heavily feature war, goblinoids, dragons and dragonbloods, Spawn of Tiamat, and more. There would be plenty of monsters as well as armies of humanoids and monstrous enemies. I'd allow most core 3.5e books, and even setting-specific content from forgottenrealms and eberron, as well as some dragon magazine content on a case-by-case basis. I'll decide on third party and pathfinder content once I if enough people want to actually do this. 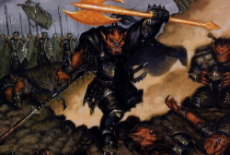 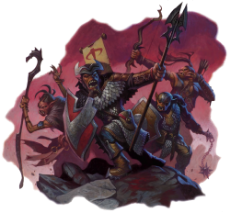 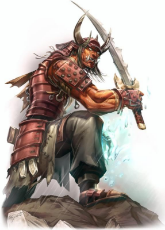 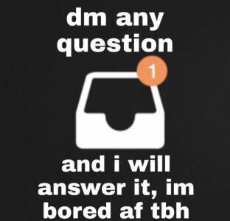 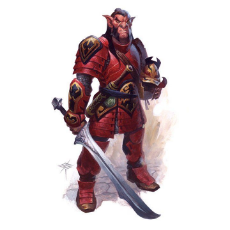 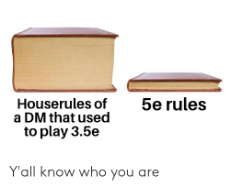 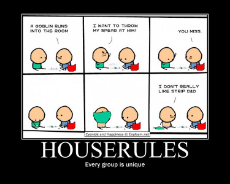 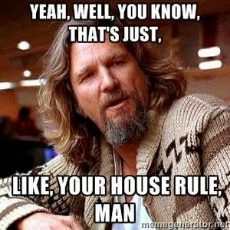 Since I'm bored, I think I'll copy-paste the first draft of my 3.5e houserules I've been typing up:

I'm pretty liberal when it comes to published 3.5e content. I'd even be willing to accept some setting-specific content from Forgottenrealms, Eberron, Ravenloft or Dark Sun, although that may change when I decide what setting to drop this map in.
Dragon/Dungeon magazine articles need an extra step of approval, but I'm okay with most of it.

I'm generally opposed to Homebrew. I might houserule some things myself, but don't try to ask me for things that someone else wrote.

Although this would run on 3.5e, I can be convinced to allow certain third party material, or even rules imported from PF1e.

The campaign uses several rules from Heroes Of Battle, but I don't think I'm going to allow the leadership feat as of now, although I could be convinced. If I decide to allow leadership, all Commander Auras and teamwork strategy bonuses will be available to players and their followers as usual.

The Heroics spell is hereby added to the Bard and Warmage spell lists.

I encourage all participating players to optimize and tinker with their character builds, and I'm open to allow whatever materials are necessary to build the exact kinds of characters you want. I will approve characters upon creation, and guide new players with building their PCs. Optimization is by no means necessary in this low-crunch game though.
Optimization must be within reason though: no infinite damage loops, or unlimited stat increases.

I reserve the right to retroactively buff or nerf any character for whatever reason I deem to be appropriate, should the need arise. I don't expect it to happen though.

Sorcerers and all spontaneous spellcasters gain Arcane Preparation as a bonus feat. Note that this allows a Sorcerer to prepare a spell ahead of time for the sake of evading the full-round-action cost for metamagic, including quicken spell. This is based on a recommended UA houserule.

For those who insist on playing Paladins, you may select either Dynamic Priest (Charisma for spells) or Serenity (Wisdom for everything else) as a bonus feat at lvl 1, even if you do not meet the prerequisites.

Since Mystic Ranger is a playable ACF in this game, the Stalker Of Kharash class may advance spellcasting as a mystic ranger, provided you have at least one mystic ranger level.

The following feats are free for all characters (including monsters):
>Combat Expertise
>Improved Shield Bash
>Precise Shot
>Quick Draw
>Somatic Weaponry
>Two-Weapon Fighting
>Weapon Finesse
Note that this allows you to pick up Improved [Maneuver] without the Int prereq and Weapon Finesse at lvl 1 even if you haven't good BAB.
I'm doing this mainly to address the feat tax menace. If you would gain any of these feats as the result of a class feature, you may instead select any Fighter Bonus Feat for which you qualify.

In Addition, all creatures gain Additional Favored Class as a bonus feat. This is my way of ignoring the stupid multi-classing rules.

PCs may take up to two flaws and two traits.

I do not wish to DM for more than 6 players at once.

If you see an ACF, variant rule, or houserule in any core book, Unearthed Arcana or Dragon Magazine that you would like to play, you may petition me to allow it in the game, possibly even after it's started.

Truenamer is banned for being stupid, complicated, and impotent unless it's abused to break the item economy. All other classes in the Tome Of Magic are approved though (Binder and Shadowcaster are pretty great. Check them out).

It goes without saying that most classes, feats, ACFs, spells, and other content from core 3.5e is acceptable.

If you wish to play a "godless" Cleric, you are still subject to certain roleplaying and mechanical restrictions that you would have been subject to if you worshipped a deity (you do not necessarily get to pick-and-choose domain combinations cuz muh creed). I will privately elaborate this topic if anybody wishes to play such a character.
Clerics who worship Elements may employ rules based on Dark Sun's Elemental Spheres. In addition, certain Clerics who worship gods who grant the Earth, Water, Fire, Air or Sun domains may make use of those domains. You are still subject to the roleplaying restrictions of your element and your deity.

Since I use The Complete Champion, players may be mechanically rewarded for having consistent spiritual outlooks and fulfilling roleplaying goals that would earn them the favor of their deity or church. If you wish to exploit this mechanic, I would recommend writing off part of your starting equipment in tithes to your church, because you may not get any other opportunity to pay them.

Although I've been waiting on putting this game in a definitive setting, I'm somewhat flexible with Pantheons, following guidelines in Deities And Demigods; I can allow a Cleric of a Grayhawk deity in a Forgottenrealms setting, or vice versa.

I use the WoTC website expansion for Kobold traits, so if you were interested in playing one, check it out. (gain 2 claw attacks, a bite attack, weapon familiarity with Greatpicks, Pickaxe Proficiency, and the Slight Build Trait, as well as Greater Draconic Rite Of Passage).

Any Exalted Cleric who wishes to take a Vow Of Poverty (NOT recommended. Even Pistis Sophia knows it sucks) may carry a wooden holy symbol in exchange for their simple melee weapon. Note that clubs, slings, and quarterstaffs are free.

Anything that comes from Kingdoms Of Kalamar is banned.

Monks gain Weapon Focus at lvl 1 for free, just so that they aren't utter crap at lvls 1-5 (ffs, just play swordsage instead, they're fun). I'm only doing this because I gave paladins something.
City Brawler Barbarians may gain Weapon Focus (unarmed Strike), in exchange for their regular two-weapon fighting with unarmed strikes.

ACF chaining is permissible. If you don't know what that is, it's not that important.

Just to make it clear, Tauric Creatures count as centaurs when using lances. They may ignore Mounted Combat and Ride skill prerequisites for Ride-by-Attack, Spirited Charge, or any other riding feat, but they may be limited by their anatomies.
Due to the starting level (5-6, depending on number of players), playing a centaur with several RHD may be tricky when combined with LA, but I may be willing to make accommodations based on the PGtF's guide to "lesser" races, so characters with High RHD and LA, so you can start out smaller and progress to full power as you level. 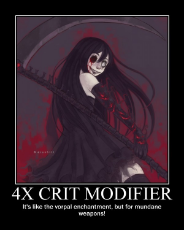 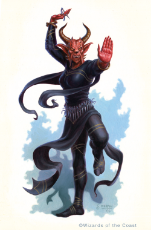 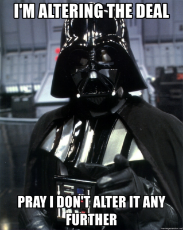