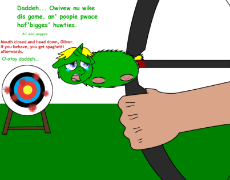 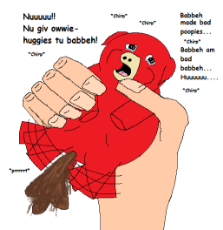 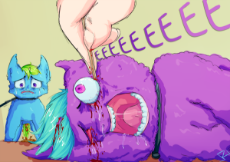 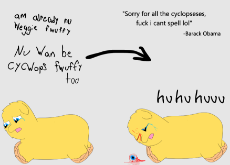 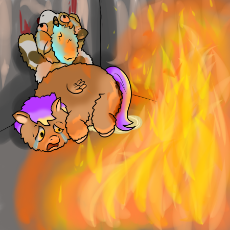 >fluffies' favorite food is spaghetti with marinara sauce, which they call "sketties". they are also commonly fed a kibble type food which they don't like as much. Fluffies who are used to eating sketties will often be upset at being served kibble and will shit on the floor by way of protest.
>feral fluffies usually feed on garbage, grass, and whatever else they can forage (which is usually not much since they are incredibly stupid). They are often shown starving and freezing in dark alleys, whining about how they wish they had sketties to eat.
>some cities place feeding machines in places where the feral population is large. the machines offer "sketties" to the fluffy in exchange for a "babbeh". The baby is dropped into a chute, "something" happens, and spaghetti comes out. It's used as a rather creative and cost-effective population control measure. Some fluffies seem to understand that they are killing their babies in exchange for food, and eschew the machines, although since fluffies are stupid and therefore frequently desperate for food, they usually end up using them regardless. A mother sacrificing her least favorite baby to feed the others is a common trope, as is a smarty taking babies from the herd in order to feed itself. Sometimes the machines are booby-trapped to kill the fluffy as well as the baby.
>fluffies who have had their legs removed are often referred to as "pillow-fluffs."
>fluffy breeders will sometimes designate a fluffy dam as a "milkbag," which means removing the legs and using her to nurse large numbers of babies until eventually she runs out of milk and is disposed of.
>male fluffies, particularly smarties, are generally very nasty creatures. They will fuck just about anything, which sometimes will include taking an unwanted baby discarded by its mother and using it as an "enfie babbeh." This means exactly what you think it does.
>people who take in fluffies as pets usually get tired of the continuous care the creatures need, and the general ingratitude they display. the "nicer" colored fluffies are generally a little better behaved, but the "bad" colored ones will almost invariably be insufferable little shits. Owners who keep these as pets usually end up getting frustrated with them, and this is a common setup for abuse stories.
>baby fluffies do not initially speak, and can only make a chirping sound. lore varies between stories, but usually it's assumed that the babies begin to speak after a few days.
>some outlets that breed and sell pet fluffies come up with creative marketing methods. A popular and bizarre method is the "foal in a can," which consists of, well, a foal in a can. A baby fluffy is packaged into a can with a feeding tube in its mouth connected to a supply of milk, and another tube in its anus for waste disposal. The foals-in-cans are extremely cheap and the colors are a "surprise." Yes, this is a real thing that people actually write stories and comics about.

Holy shit I forgot how autistic some of this was lmao.
Anonymous
Fri, 05 Jul 2019 05:29:00 GMT
No.12103
>>12102
Thank you. I'm no longer in the mood to write tonight, but I'll certainly give it a go when I have time and feel up to it.
!Hugboxer45
Fri, 05 Jul 2019 20:26:04 GMT
No.12116
>You're sitting on the side of the road, bored out of your goddamn skull.
>Being homeless was never advertised as being so fucking dull, you thought the life of a drifter would at least be mildly exciting.
>But nope, you just sit here on the curb with your shitty cardboard sign, begging for money.
>Could be worse, at least.
>"Nyu daddeh!"
>You take that back.
>There's a reason you normally don't stay in one place that long, and it's because of the filthy shitrats.
>You lightly kick the abomination away with your foot.
>It stops moving.
>A thin trickle of blood flows out of its nose.
>Huh, interesting.
>They're that fragile?
>...
>"Yo! Tom!"
>You sit down on your filthy sleeping bag, a grocery bag over your shoulder shiddering in your grasp.
"I wasn't able to get us any booze tonight, but I think I may have found something better."
>You take out a few latex gloves you pilfered from the hospital and undo the ties on your bag.
>You gently lift up your target.
>You don't want to hurt it, not yet.
>You set it down in the palm of your hand, and it immediately shits all over your glove.
>Thank god you had some foresight.
>Your friend watches curiously as you wrap your fingers around the tiny mass.
>It begins to chirp, clearly not happy with the arrangement.
>Only its head is exposed now.
>You point to your pack.
"Gloves are in there. Whoever can flick the furthest gets wine on the other."
>"Flick what?"
>You grin and pose like a character from one of those animes.
>You hold out your fist and flick the head.
>It disconnects from the spine almost immediately, flying a good ten feet and trailing blood through the air as it goes.
>The body in your hand goes limp, and you toss it aside.
>"Shit man, finally something fun to do! You're on!"
>The battle is hard fought.
>Your friend proves to be worthy competition, flicking the fuckers a few inches than your last attempt every time.
>Finally, you're down to one last one.
>It's an adult, which isn't good.
>Slightly higher bone density and a heavier head, and your friend is leading.
>You wind up your flick and pray to Kek, Allah, the flying spaghetti monster, whatever.
>The thing smiles in its final moments with your finger coming towards it, you had promised it sketties to get it to cooperate. As you obliterate its spine, a beautiful red mist of blood catches the setting sun just right, a rainbow forming in the head's wake as it bounces three inches past your friend's best attempt.
>He sighs, and the two of you dhake your shit-coated gloved hands.
>You're looking forward to that wine tomorrow, but your friend ends up getting murdered by a group of fluffy activists on his way back to his bridge.
>With tears in your eyes, you take the fifteen dollars off of his bloodied corpse and walk into a convenience store.
>While you're checking out with the bottle of wine, you spot a five dollar stiletto behind plexiglass...
Should I continue?
Anonymous
Thu, 11 Jul 2019 20:32:49 GMT
No.12198
12199
This thread is embarrassing and I don't understand it. 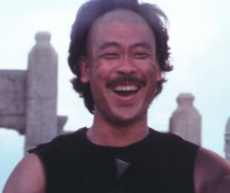 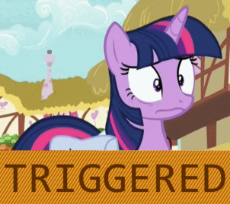 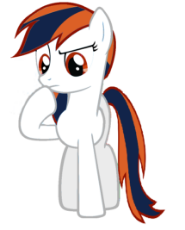 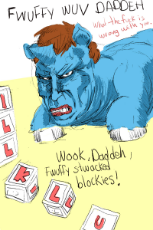 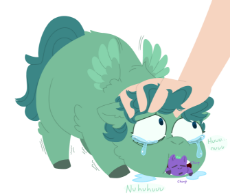 >>15316
I really need to find some time back and write things again, that's quite relaxing i admit.

fuck it i'm gonna do that nao if I get ideas. 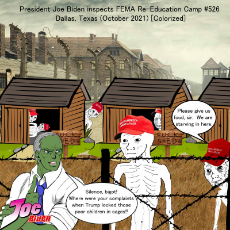 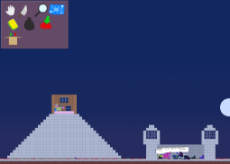 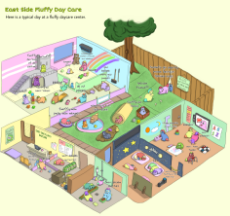 new site is on https://fluffycommunity.com 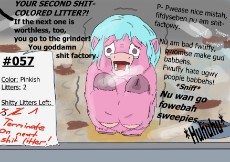