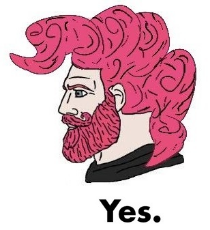 Test - hidden board
Anonymous
Sat, 10 Apr 2021 05:06:26 GMT
aa2c7b8
?
No.305702
305710
Oh, y'all didnt know about Test? Huh, weird that no one mentioned it, cuz it's been there since the beginning. It's a hidden board, ostensibly designed to give ppl a chance to test-post before actual posting, as well as giving developers a chance to test scripting and code.
As for actually why it hasnt been mentioned/posted, well that must be part of the transparency that staff is so proud of. Have fun!
https://mlpol.net/Test 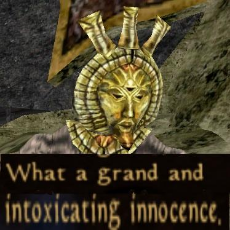 >>305713
> vpn
Don't use a VPN because the VPN company can log everything (and then sell it for $$$). If you really want to use VPN, simply buy a VPS and setup your own VPN
>https://www.youtube.com/watch?v=rtUl7BfCNMY

>>305715
>Could it be used in any way to track down who I, as a person, am IRL?
I assume the password is saved as a cookie on your computer. The could be browser exploits that allow other sites to view cookies that are set from another site (in this case mlpol). Also, If the CIAniggers confiscate your computer they can just extract your files, including the browser cookies. The same applies if Bill Gays downloads your files. Use BleachBit (https://www.bleachbit.org/) to delete temporary files and browser cookies. Don't use CCleaner because it is confirmed spyware. Also, install Linux, if you care about your OPSEC.
>https://ubuntu-mate.org
Anonymous
Sat, 10 Apr 2021 15:03:31 GMT
e6f0041
?
No.305718
>>305717
>https://www.youtube.com/watch?v=rtUl7BfCNMY
Oops wrong video (kind of)
Here is the correct video: https://www.youtube.com/watch?v=gxpX_mubz2A&t=90s
Anonymous
Sat, 10 Apr 2021 15:05:17 GMT
353e26d
?
No.305719
305721
>>305716
>>305717
Alright, that doesn't seem like too big of a problem. As long as it doesn't let anyone track me, I don't really care. As for big tech and CIA niggers, I don't really care since by now it's probably too late for me on that front.
Anonymous
Sat, 10 Apr 2021 15:34:45 GMT
e6f0041
?
No.305721
305724
>>305719
>Alright, that doesn't seem like too big of a problem.
But it is. The guy who dressed up as clown and pranked some people online got arrested. And you never know where and in what kind of situation/position you are in 10+ years in the future. The "muh nothing to hide" is BS. There nothing wrong in wanting to have some privacy. Also, most people seem to think that CIA agents are your biggest threat, but honestly you should be more concerned about mass-surveillance and Big Tech. Bit Tech and mass-surveillance do not follow any rules and they aren't directed in anyway. And the Big Tech is also willing to sell your data to the biggest bidder.

>it's probably too late for me on that front.
That's like saying that you don't have to get fit anymore because you are already obese. It's never too late to limit the amount of data (((they))) collect, just like it's never too late to start getting /fit/.
Anonymous
Sat, 10 Apr 2021 17:34:10 GMT
8790856
?
No.305724
305727
>>305713
>Did you know that staff can track a user by their post-deletion password?
Yes; that's something that would be hard to get rid of. I've thought about how I might try but if you use a different hash function for each post that's still easily trackable enough and doesn't change worst case runtime, despite being heavy on memory consumption (would that work actually? Idk, it was just something I assumed since it's standard convention to keep a hashed password table). If it's something you're paranoid enough about you might consider cycling through passwords (and IPs too) but the best solution is to take note of stuff like that and always try to avoid doxxing yourself. Some things are gonna come up like that occasionally, despite the best efforts of whomever's writing the code to respect the privacy of the site's users.

>>305721
>That's like saying that you don't have to get fit anymore because you are already obese. It's never too late to limit the amount of data (((they))) collect, just like it's never too late to start getting /fit/.
It's a constant struggle, and I have much to learn still. I wish we could live in a world where privacy wasn't constantly encroached on by monolithic corporate and governmental entities, but at least there's OSS. I say you can only do so much at a time, and the rest is them being evil. But it's always a good idea to learn a bit here and there; maybe there can be a friendly Linux help thread over on /cyb/ if there isn't one already.
Anonymous
Sat, 10 Apr 2021 18:39:39 GMT
aa2c7b8
?
No.305727
305728
>>305724
>that's something that would be hard to get rid of
Indeed. It's a delicate balance between functionality and anonymity, and it wouldnt be feasible to attempt to address the scenario with available resources. The point of bringing it up was not to be contentious, rather to serve as fair notice and advisement, specifically for individuals (like myself) who are oblivious to the scope and function of software unless overtly notified.
Anonymous
Sat, 10 Apr 2021 19:09:47 GMT
8790856
?
No.305728
305732
>>305727
It is a good thing to know about. Likely the biggest concern I would have other than the use of Cloudflare's services and JavaScript (there was already a thread about it), but at the end of the day I'm pretty sure there's software out there that can ID someone based on the way they craft their words.