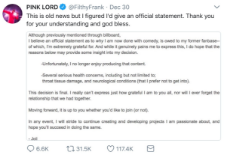 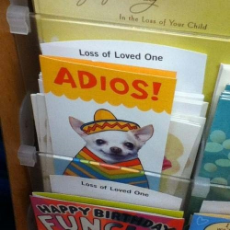 >>5710
As horrible as his fanbase was, I can't help but be mildly upset that yet another thing has come to an end. It seems like all the old stuff is dying off and nothing is replacing it. Nothing fun, anyway.

to be honest i saw that coming since 2016. Miller always had pure resentment for his fanbase and how brashly they rejected his "real" personality when he attempted to introduce it years earlier. Because at heart George is just a normie pulling a show in a clownhouse. his content got progressively bad and drawn out the longer time went on, the retarded story acr he had planned for it and his newly aquired epilsy issues werent much of a help. Nows hes trying to bruteforce a career as a musician to the detriment of his meme fame as an internet freakshow.