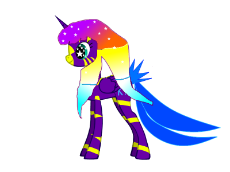 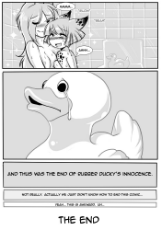 post her OC on /mlp/, link it to her and give her a dose of reality.
Anonymous
Fri, 08 Dec 2017 21:26:16 GMT
No.5399
Eh, could be worse. If she likes MLP you can subtly redpill her by drawing corollaries between MLP and the real world; it is a very conservative cartoon after all.

As for the OC, the only thing that can help is bleach, poured either on the eyes or on the alicorn. As a little girl she thinks that the more colors and features there are, the better. Cut down on stars but make them a symbolically important design feature, get your sister to decide among the three ponies (alicorn is way too Mary Sue-ish), cut down the colors to have them be aesthetically pleasing, show the cutie mark, and FOR CELESTIA'S SAKE GET RID OF THE ZEBRA STRIPES. 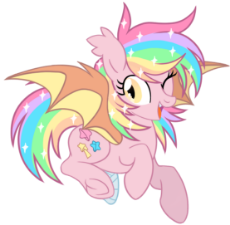 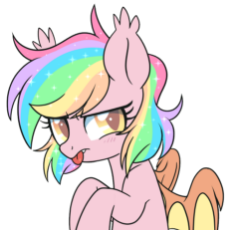 There's ways to pull off that sort of "rainbow splash" look. You need a good grasp of colour theory to do it. This pony Paper Stars is a good example of it done right. But, you can get a lot of times wrong. Rainbow Dash is another example.
Anonymous
Fri, 08 Dec 2017 23:09:52 GMT
No.5411
>>5409
Rainbow Dash is an example of it done right. She's sky-blue with a rainbow tail and mane, it's symbolic of a clear blue sky with a rainbow in it. Rainbows go from point A to point B, like a fast flier.