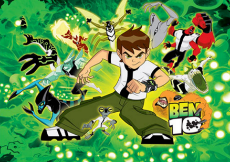 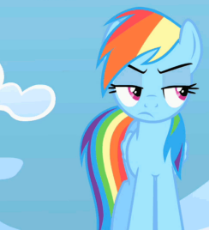 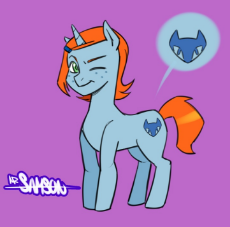 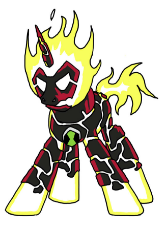 But really, this thread has nothing to do with ponies or politics, and would have been better off on /sp/. The off-topic posts are why people keep giving you shit, m8...
sage
sage
Wed, 08 May 2019 17:46:51 GMT
No.11243
Take it to /sp/ or the garbage can.
Anonymous
Wed, 08 May 2019 18:17:36 GMT
No.11244
>>11236
Sseth, please...
Anonymous
Wed, 08 May 2019 19:20:35 GMT
No.11245
>>11241
You're right, this thread should be moved to /1ntr/.
I would definitely recommend classic Ben 10. The sequel series Ultimate Alien Force and Omniverse, they're mixed bags and while I like both for different reasons they go in some wildly different directions. But Ben 10 classic is a 10/10 show, pun not intended.
Anyway, It's an entertaining and creative sci-fi series about a kid travelling with his cousin and grandpa around America in an RV during Summer Vacation, except Ben finds an alien watch called the Omnitrix that lets him turn into any of ten (At first, he gets more over time) 'Superpowered' aliens, though the 'Superpowers' are normal for that species. I like what the original series did there, it's something its sequels forgot when it introduced usual capeshit stuff like superpower-stealing machines and superpower-negating devices and a villain who somehow gets powerwanked and nerfed at the same time. The sequel shows are mixed bags.
I don't want to spoil the great shit the series comes up with, but it comes up with some great shit.
Each of the classic Ben 10 aliens are well-thought out, interesting, and balanced. No shark-jumping "This guy is an Omnipotent universe-buster and these guys are lolsorandom jokes" bullshit here. And even though Ben can choose any unlocked alien and turn into it, The Omnitrix will often give him the wrong alien, forcing him to think on his feet. Plus, sometimes weird shit will happen to the watch or Ben, screwing with what he ends up getting.
My personal favourites out of all his aliens (Even counting sequel-show stuff) are the classic aliens Upgrade and Grey Matter.
Upgrade is a blob that upgrades and controls technology it touches and Grey Matter is a shoe-sized smart guy.
If I could recommend just one episode from this show... Season 1, Episode 7. The episode that introduces Kevin.
Another really underrated thing about the show? Grandpa Max. Not as great as Uncle Iroh from Avatar, but he's up there.
Anonymous
Fri, 10 May 2019 00:47:39 GMT
No.11248
>>11236
Just started watching it again per your recommendation, thanks for the nostalgia dripping good time. Probably my favorite show when I was a kid.
Anonymous
Fri, 10 May 2019 03:42:45 GMT
No.11249
11272
File (hide): 62C7BCFDDF13838463A9487CE27E4565-2226721.png (2.1 MB, 1920x1080, unknown.png)
[Bing] [wait] [Tineye] [Yandex] 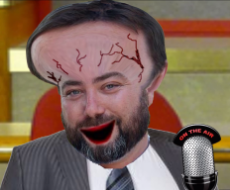 JASON NEEDS MORE DOPAMINE!
Anonymous
Fri, 10 May 2019 22:19:53 GMT
No.11268
>>11266
This one could've used a bit more customization, but it still got a nostril exhale out of me.
Anonymous
Sat, 11 May 2019 02:24:12 GMT
No.11272
>>11266
It's kind of funny but more customization would make it funnier. Say it's some super-deep shit about life and philosophy because the "Universe's greatest weapon" was intended to be... How do I spoiler tag, again? Anyway, it was intended to be both a "Noah's Ark Device" full of dead-species DNA and something that would let any creature "Walk a mile in another creature's shoes". And the fact that everyone who looks at it and thinks "Weapon" is a commentary on the barbarity of life, to the point where the device's upgraded replacement ends up getting a Super Saiyan button with horrifying implications. I can't believe the show never thought to use ultimate you-know-what. No, not the omnipotent guy, the obvious choice.
>>11249
I haven't seen the Zombozo episode in years! Ah, memories. I love the "Scare your fears away" moral the episode goes with, and it brilliantly foreshadows something that happens later in the series, something that utterly blew my mind as a kid.
Anonymous
Sat, 11 May 2019 02:31:09 GMT
No.11274
11275
File (hide): F97A2A45238A4067F12692A110901276-191702.png (187.2 KB, 449x500, BreakGlassInCaseOfThisShitAgain.png)
[Bing] [wait] [Tineye] [Yandex] 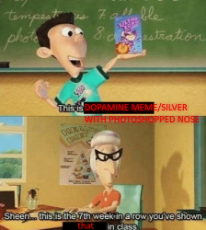 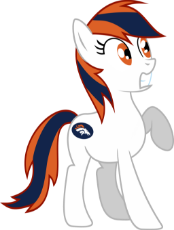 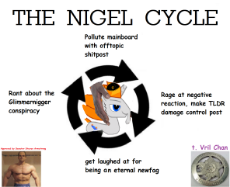 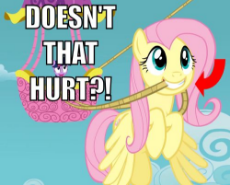 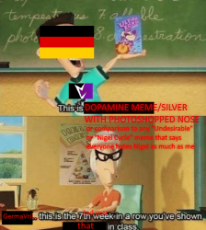 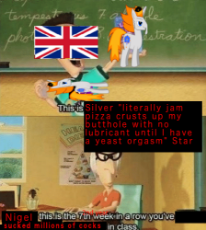