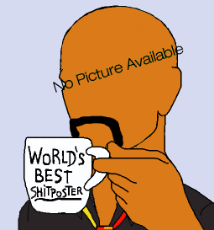 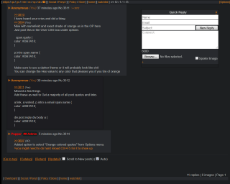 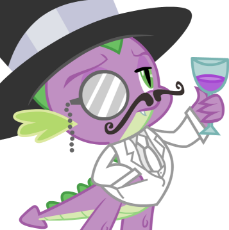 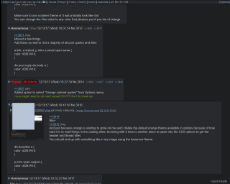 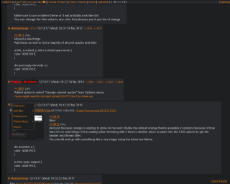 >>3816
I don't want to keep fagging the place up but I found a few faults with what I had if anybody cares.

I can't figure out how to change the thread watcher menu in with the PonyX script so it looks awful, maybe somebody smarter than me can help out

There was also a problem with the menu for reporting/deleting/hiding posts but that wasn't a fault of mine, it just seems to be terrible by default in the Tomorrow theme but I was able to correct that at least 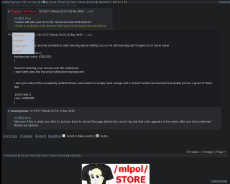 >>3849
Odd it fixed it when I reset the cache just now
But it was orange when I had everything turned off on my side completely. 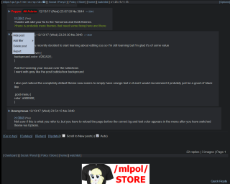 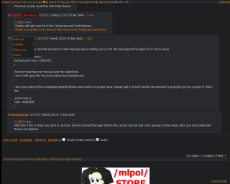 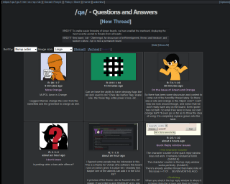 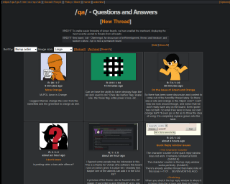 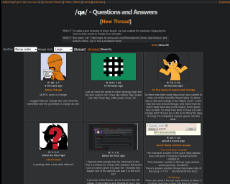 This last one for tonight is just for the search button at the top of the catalogue if people want it to be orange instead of purple
a, a:visited {
text-decoration: underline;
color: #DB7A22;
}

It seems to effect other things as well that were already made orange by something else I had done so I guess there is a conflict somewhere and I'm too tired to figure out which one is overwriting which right now and bed is calling me.
Shown from first to last is default, second is all my orange rice and last is all my orange rice but changing search to white which effects other elements a previous thing I had done/will effect on the default theme
Not sure if it hits anything else, it probably does. I'll play with it more tomorrow