Bump Limits
Anonymous
Mon, 07 Jun 2021 13:51:10 GMT
No.5974
5981 5987
[View All] [Last 100 Posts] [Last 200 Posts]
Has anyone else had the feeling like the bump limits on this site are too high? They're much higher than those of other sites like /pol/ and /mlp/. On /mlpol/ threads stay up for years at a time, and I feel like it's broken the spirit of our old "no generals" policy. Maybe it would be healthier for discussion to have lower bump limits and simply have Anons make new threads when old ones hit their limit, to prevent stagnation.
I think they've been extended twice before since the start of this site on request by some Anons who were in certain long-standing threads, but i feel like that might have been detrimental in the long term.

The perceived problem we appear to be attempting to solve here is that there are too many posts in general-type threads, without those posts being distributed to other threads, thereby providing an opportunity to raise the overall quality of the site. If I am correct in that assumption, a good solution might be for poners to create more threads instead of post in the threads reaching the bump limit. We really only seem to differ on how to go about encouraging that type of behavior; would it be too much of a stretch to claim that, should more poners create more threads more quickly on their own, perceived stagnation of threads and topics might be avoided, and indeed that could end up facilitating discussion more than a hard cap could provide?
Put another way, if I have the option of having 16 gigs of RAM, as opposed to 8, but I usually didn't go anywhere near filling 8 gigs anyway, myself I would still choose to have 16 gigs. Just because sometimes I could stand to use it, if absolutely necessary, since I would rather do what I needed to on one computer, rather than starting up another to finish up the job.
Anonymous
Sun, 20 Jun 2021 19:42:00 GMT
No.6210
6212 6214
>>6209
I think extending the bump limits to this point has been a failed experiment. Increasing the bump limits hasn't done anything but create scenarios where Anons reply to OP's posted years ago. It was better when the bump limits were smaller.
Anonymous
Sun, 20 Jun 2021 20:01:36 GMT
No.6212
6213
File (hide): 2097FA80BF0172EC0EA42B6CB0633F6E-788623.jpg (770.1 KB, 1920x1200, My-Little-Pony-Friendship-is-Magic-3088.jpg)
[Bing] [wait] [Tineye] [Yandex]

Anonymous
Tue, 16 Nov 2021 01:35:14 GMT
No.6400
6402 6406
I think the absurdly long bump limits make it pretty easy to derail threads. Anons flame at eachother over something that was said weeks ago and continue to flame over it for months. If we had reasonable bump limits conversations would get a fresh start every now and then.
Anonymous
Tue, 16 Nov 2021 01:41:59 GMT
No.6402
6458
>>6400
Naaaah. It's fine like it is.
Anonymous
Tue, 16 Nov 2021 02:05:17 GMT
No.6406
6407
>>6400
You'd be surprised how long some will stay mad at you for across multiple threads for multiple years, but bump limits won't change that.
People would just move on to the latest locations of the same discussions more often. And people with drawings of OCs pinned to dart boards would still play darts to take a break from the pool table I gifted then after living in their heads rent-free for so long.
Anonymous
Tue, 16 Nov 2021 02:11:23 GMT
No.6407
6409 6410
>>6406
I think it could be better to go back to smaller bump limits, though. I don't like this 1000+ post status quo. I feel a bit inclined to help reverse it because I feel partially responsible for causing it; requesting that my favorite threads just be extended because I was too lazy to make new ones. I've slowly come to realize that that may have been to the detriment of site quality. 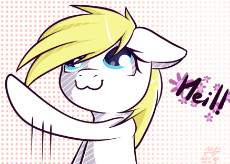 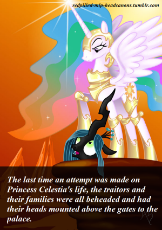 >>5989
Yeah I bet you think about sucking balls all the time, don't you tranny faggot. I bet you'd even suck Nigel's balls, for all the bitching you do at him. 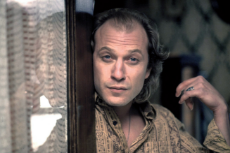 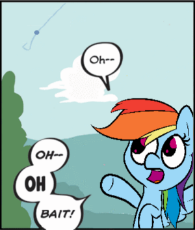 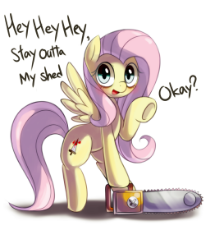