I would like feed back on it, it also supports 4chan.

Let me know of any errors.

- The APK should now install on more devices than previously, so if it didn't work last time give this new link a try.
- fixed links to thumbnails for jpg,jpeg,gif,webm and mp4 files.

- The APK is signed and should now install on more devices than previously, so if it didn't work last time give this new link a try.
- Spoiler images now work thanks to the guys that run this site adding spoiler support to the JSON file. (see thread >>591 →)
- Now based on Clover 3.0.1 instead of clover 3.0.0
- Auto-update/manual update features removed.
- Hopefully google drive sorts the hosting issues I've been having.

As always, I welcome feedback. 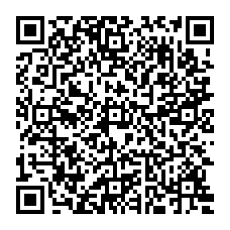 >>4263
Great to see you still plugging away at this, friend.
Just a heads up to any previous users: you'll have to uninstall the old version before installing the new one. Not a fault of the app itself, it's just how Android app signatures work. Blame Google.

Dice rolls made in both e-mail and inline form don't display the dice symbol.
These are static images, however, and could in all fairness be substituted with the special character

Not sure if the code tag works or not, but since /mlpol/ doesn't have code tags enabled anyways, I wouldn't worry about it.
Spoilering coloured text has no effect, the colour showing through the spoiler tags anyways. However, that's normal site behaviour that I exploit whenever possible, so I don't think there's anything to fix, there.

Many thanks for the input, I'll be sure to sort at least some of these out before the next release. Some of them look like they could be a little challenging tho, so they may take a little extra time.

If you're still around, what version of android are you using?

- This version has been renamed to "Mlpol" and had the icon modified, it can now be installed along side clover.
- The APK has been built and tested with older versions of android, the requirement now is android 5+
- Added thumbnail support for various file types
- Now based on Clover 3.0.2 instead of clover 3.0.1
- Auto-update/manual update features removed.

Details of the main changes to stock Clover:-

Every file has been modified as part of the name change.

I had a look into the code that parses the comments, to deal with things like colored text. Unfortunately it looks to me like adding support for additional text types would also require changing the code for the themes. I don't really have the time and maybe not even the skill (I don't like java) to change this. This app was always mainly intended for my own use and I can live with its issues, I thought that I would share it as others may find it useful which is the only reason I'm sharing it.

Anyways let me know of any issues and if I can, I'll try to help.

If you get the "App not installed" error try this version:-

This version is based off of Kuroba rather than clover as such it adds many new features, I would have rather stuck with the clover sources but it seems like clover is abondoned now.

I will post on the main thread on /mlpol/ when I've had more of a chance to test the app. 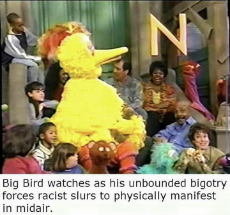