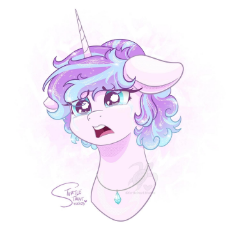 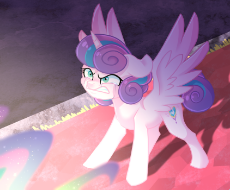 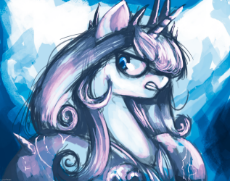 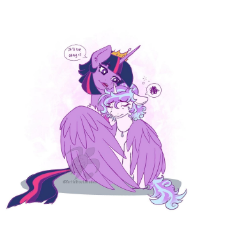 Tyrant Flurry Heart
>Queen Furry Heart, the last princess, rules Equestria with an ironhoof. The war with the Gryphon Tradefederation is taking it's toll but her majesty is relentless. After conquering the nine zebra tribes of the great savannah and replacing their former leaders with leaders loyal to Equestria and the Queen, a co-joined army of zebras and ponies, former enemies, are moving towards Klugetown. Capturing that city will cut off a major trade-route for the tradefederation and damage their economy. Of course, that's also why it's built like a anarchtic stronghold. You, are Anonymous, and have found yourself in the middle of all this.
Anonymous
Sat, 10 Sep 2022 07:17:21 GMT
ccf33d5
?
No.351674
351675
Does anyone know the fanfic about flurry heart and General anon? It is something like Crystal heart war
Anonymous
Sat, 10 Sep 2022 07:20:25 GMT
8db194b
?
No.351675
>>351674
Yeah, I think I once saw something like that on /mlp/. It was funny because I already had pondered how the future of Equestria would look like when Flurry Heart becomes it's ruler but appearantly I was not alone.

On that note, does anyone have the image of an adult Flurry standing over her dying and bleeding mother. Looked for it, sinceI thought it would fit the theme of the thread but couldn't find it.
2 replies |  5 files |  2 UUIDs |  Archived
;
[Go to top] [Return] [Catalog] [Archive]