Ideas to Increase Site Traffic
Anonymous
Thu, 24 Jan 2019 02:17:29 GMT
3GLUf
?
No.200392
200394 200399 201512
The /mlpol/ is still kind of slow and I would hate to see this place fade away. So I propose a thread for brainstorming ideas on how to increase traffic to the site.
Some ideas
>Raid political forums
>Fishing on 4/8pol
>Paid advertisement on sites related to pony or politics
>Flooding Derpibooru with OC and tagging it with /mlpol/

I think we should keep any recruitment efforts limited to the old guard of the Internet: 4chan, a little 8chan, and in general drawing in the oldfags of similar sites that have been ravaged by high newfag influxes and heavy shill operations.
Since these oldfags know about the cancer that ruined their homes firsthand, they're far more trustworthy than total newcomers in terms of keeping our comfy little home stable.
Basically, avoid stage 3 of pic related at all costs. I'm cool with the site picking up some extra traffic, but compromising the site's foundations for the sake of fame and high traffic is not a mistake I am willing to see repeated. And if is is repeated, I'm outta here.
Anonymous
Thu, 24 Jan 2019 02:36:25 GMT
3GLUf
?
No.200395
200397
>>200394
I think we can afford to draw from a larger pool than just oldfags. The mods here actually give a shit and that is more than can be said for 4chan mods. The mods here will help maintain the quality.
Anonymous
Thu, 24 Jan 2019 03:11:42 GMT
amYKS
?
No.200397
File (hide): 84AD9E2F12E7B63F09E68F99B6EBC745-527.png (527.0 bytes, 396x396, mlpol-qr.png)
[Bing] [wait] [Tineye] [Yandex] 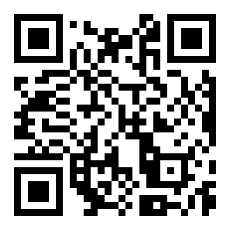 >>200395
True, the staff is very on the ball here, something that should never go underestimated.
Raids have always been a go-to for imageboard population growth in the past, and the raid threads we had a few months ago were a lot of fun to boot. Fishing in more places would probably be a good thing as well, though it depends on the locale.
However, whether we raid or fish, we should take care not to poke hornet's nests that are too big for our britches. I'm sure we could have a lot of fun with some of the modestly sized communities, but one too many determined autists could pose a real challenge for the staff to deal with. Or maybe I just really miss those raid threads from a few months ago. I can't be the only one, right?
Advertising I think is doomed to have a limited reach, since I suspect the vast majority of users who'd be into /mlpol/ already filter ads and run script blockers anyways.
Flooding Derpi sounds fun, though the staff there would be liable to chimp out and mass delete and ban before it could draw too many people in. Still, for a fistful of lulz...

Generally the more site traffic on a board the more shills take notice. The agencies
pile their subverters in with the goal
of either seizing control of the board to
neutralize it's message, or killing it
altogether. It always works. They
subvert the moderation teams and might
even take over the site domain.

Don't fall for this trick.

Anonymous
Thu, 24 Jan 2019 15:57:40 GMT
bML0Q
?
No.200534
>>200529
This is really the case.
If you guys think we're going to get more artfags, writefags, or political contributors by fishing other sites, you're would be disappointed.
If you want quality content, you should make it here yourself. That means posting news threads and current events, and replying to those posted by other anons. It means making memes in return for saving them. It means posting to the board as often as you do to whatever other sites you lurk (I'm looking at you, discord).
Anonymous
Thu, 24 Jan 2019 16:16:25 GMT
XVdtz
?
No.200540
200543
>>200394
> 4chan, a little 8chan, and in general drawing in the oldfags of similar sites that have been ravaged by high newfag influxes and heavy shill operations.
Anyone who is still at 4chan isn't going to leave. 4chan has been lost. 8chan isn't completely done yet, but, and I hate to shill for imkamfy, 8/pol/ going global fucked it completely. Whenever a thread could have real impact in the world, it's deleted. There are still anons hanging in there though.

Personally, I think nothing would help like a great campaign, not a raid on 4 or 8, but a RL campaign, something like HWNDU or IOTBW (plz no more IOTBW #2 threads).

Take the blackpill. Imkampfy was never
removed, he was just reprimanded
and told to stop Maddowposting. They
don't let him use personalized ban
reasons either.

8chan is a pile of shit. Best thing to
do is global report spam + post non pornographic images of little kids and hope the site
gets taken down for child pornography.

>post non pornographic images of little kids and hope the site gets taken down for child pornography
I don't think there's any benefit to sabotaging it any further. I'm not helping the shills. 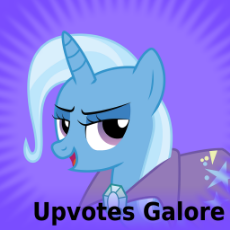 >>200392
>So I propose a thread for brainstorming ideas on how to increase traffic to the site.
I am a /pol/ poner and I can tell the threads on top are not interesting enough or there isn't much to say.
For novelty and variety the AWOO's content helps a lot as well Random News, but perhaps some (or more) generals need to be allowed once in a while to discuss focused subjects. 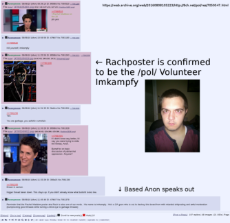 All the evidence suggests he was the Maddowposter.
If you deny this, you are either uninformed or have an agenda. This is getting ridiculous. Why the fuck are people still defending 8chan? Anyone defending pigchan is incredibly suspect.
Anonymous
Tue, 29 Jan 2019 09:59:37 GMT
JW/yq
?
No.201518
If you STILL support 8chan, look at this thread and the info dump about that site. 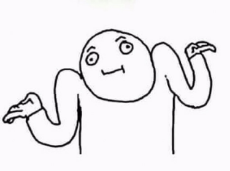 >>201517
That's a troll saying "no". It proves nothing. I just want to stop seeing that guy's face. That's my agenda. Not see the turkface anymore.

Why exactly do YOU want to discuss the maddowposter even more? I don't, I'm happy to let him fade into obscurity. 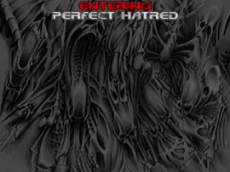 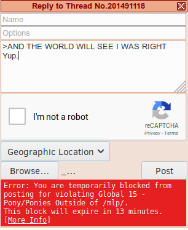