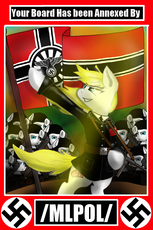 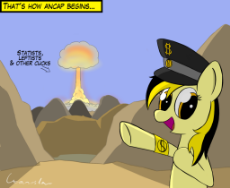 >>162447
>can i own a nuke
recreationally? yes!
Anonymous
Mon, 30 Jul 2018 11:51:41 GMT
????
?
No.162455
>>162447
Yes. You could own gigantic cannons and warships back when they were the superweapons of the world, you can own a McNuke.
Anonymous
Mon, 30 Jul 2018 20:01:36 GMT
????
?
No.162495
>>162273
The leadership must be genetically engineered to perfection, their psyche scrubbed of facets that lead to corruption, they must be viewed and view themselves as both less and more than people, the physical manifestation of a nation. A simpler method would be to have a cold, logical AI do the job since they'd be much less prone to the bullshit often found within human leadership. No normal human could safely wield the kind of power needed to make a state centric system work indefinitely.

The main issue with reversing corruption in these kinds of systems is that they're implicitly designed to prevent subversion by mob rule and freedom of political association. Bloody revolution really is the only way of reversing a corrupt authoritarian government without adding checks and balances to the system which themselves can be abused by corrupt officials.
Anonymous
Tue, 31 Jul 2018 04:44:58 GMT
????
?
No.162599
>>162276
China has huge corruption issues. I'm not against a state by any means, but that doesn't help your case.

I don't think that is a good idea. The problem isn't the amendment system. If all law was set in stone how could law be adapted to changing concepts. No the problem is society. What society accepts as right will always change. No matter how rigid the laws are if people want them changed they'll change them.
9 replies |  3 files |  1 UUIDs |  Archived
;
[Go to top] [Return] [Catalog] [Archive]