Still with me? Alright.
There is a subset of gooners, I don't know how large they are, who seem very interested in children. Specifically, they get off to the idea of children discovering pornography at younger and younger years, along with pushing people to explicitly associate loli with real children and get off to being called pedophiles. One of the boorus that collects gooner OC, the Hentai Gooner Booru, has a bunch of this open pedophile OC and won't take it down. Maybe the sick fucks think it's just another fetish gooners get into, they're probably pedophiles themselves, who the fuck knows. Where else do the pedophiles congregate? I don't know, probably Discord, maybe Twitter too, both have a history of pedophile rings. If it weren't for this part, I'd just post this on >>>/vx/ and be done with it, but /mlpol/ has a lot more manpower and has shown itself to be pretty good at digging. I don't have the guts for this.
Here's an archive of the loli tag's first page, you could probably find better examples than this and the image pages often link to source websites, but I don't want to dig into that shit any further: https://archive.is/JJXRt 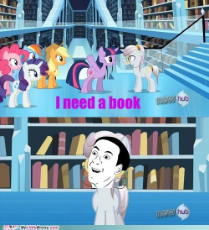 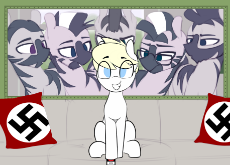 >>322153
>>322154
Compared to other platforms, the odd banlist and only browsing the booru. It's pretty tame relatively speaking on the fucked up scale of everything. Solely aimed with reducing who you are as a person.
>they're definitely still a niche, but they still manage to make a lot of OC, have subreddits with tens or hundreds of thousands of members, have a sizable twitter presence, run boorus, and consistently maintain cuckchan generals.
The essence of sjwism and associated faggotry is pressance and the most coveted of all 'fame'.
That means sjws are dumb, short sighted and will fuck things up.
Is it all of them? Probably not, but it is enough to be problematic for those groups. That means they most likely will implode.
>oc
<Relatively simple with choice fonts, solid colors, and censor bars sometimes.
Word edit which is for all intents and purposes ment to inflict shame (or revel in not shame). Which is a breeding ground for more mentally estranged people.
Discord for mentally impaired people tends to be easily infested and over taken for more nefarious purposes.
Mostly it's not my problem yet. Solving the larger scale issues solves the smaller scale ones. And vise versa. Any who that also gets picked up by the /x/ thing in place.
>entity they call the Porn Goddess or Porn Mommy.
Also can be replaced (porn) with any other term mostly goon.
It rubs me the wrong way, however the danger ironically enough is totally self inflicted.
>Where else do the pedophiles congregate?
Public offices, ambassadors, special interests, ect. They do it in public ie everywhere. With a bit of searching and luck (or /x/ 'luck') weeding them out isn't hard only thing is it's public going to private areas many of which have a high probability of being honey pots for being public.
Because those (((fucks))) use symbols and double meanings to publicly state what they do everywhere at any time.
Anonymous
Wed, 13 Oct 2021 06:33:47 GMT
ab50291
?
No.322182
322197
>>322155
I don't know where I first heard about it. Might have overheard something on 8chan years ago, or bumped into some weird PMV on Pornhub, I also vaguely remember overhearing someone talking about it in an IRC channel years and years ago. It was something on the edges of my awareness until recently, I'm not even sure how I found that booru either. All I know is that **I'm definitely fapping too much if I know the existence of this stuff and I've been putting more effort into stopping lately.**
>>322162
>>322163
>>322164
>>322167
Your analysis seems pretty good, so thank you.
From what little I know, the hentai gooner side of things seems to be newer and smaller: the larger and older parts are focused on 3DPD pornography and seems to have been formerly centered around Pornhub and Tumblr (nowadays Reddit seems to be the big hub). Urban Dictionary has definitions for "gooning" going back to the mid 2000s but I'm doubting gooners as a fetish community really go back that far, and the porn goddess shit is definitely recent: they would have left more of a web footprint if they were that old and their "OC" is absolutely an offshoot of sissy captions and so-called sissy hypno videos. It doesn't have nearly the presence or power sissy and tranny fetishism have on people though, thankfully. In a way it's almost a relief that I can mention this and it's completely new to people, unlike sissy hypno.
You're probably right. This is some relatively small thing that should vanish when the bigger issues are dealt with, even if spirits or egregores are involved. But if the big issues aren't dealt with? I don't know. This is absolutely something intended to break and ruin people, and my worry is that it'll fuck up some depressive people who could be something better, people who've sunken so deep into misery that scaring them out doesn't work anymore. Were those people worthless to begin with? I don't know.
>pendulums
Now that's a term I haven't heard before, not sure I follow.
Anonymous
Wed, 13 Oct 2021 11:37:45 GMT
cc995c8
?
No.322197
>>322182
>pendulums
>Now that's a term I haven't heard before, not sure I follow
A term used in "Reality Transurfing" by Vadim Zeland. The premis is you're powerless vs big spiritual entity things so remove your connection to them that they use you as a powersource to (re-add your connection when most suitable for you) jockey your way to where you want to be.
He calls them pendulums because they swing back and forth. Claiming that attacks on those things (or dislike or hatred) just make them stronger (which can be true if it's done wrong).
[Last 50 Posts] [Last 100 Posts] [Last 200 Posts]
9 replies |  7 files |  5 UUIDs |  Page 1
[Go to top] [Return] [Catalog] [Reload] [Archive] [Update] ( Auto)