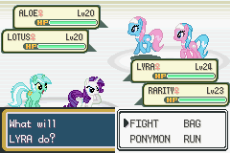 Romhacking the Pokemon games is easy as fuck, all we need to do is decide on the new ponymon, their stats, if we alter the story in any way, if we change the Gym Leaders, etc. 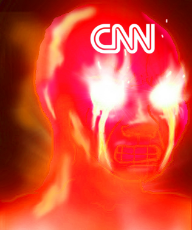 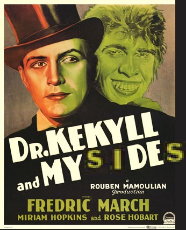 And an evil team based on globalists/jews/both, because Pokemon Clover already did an evil team based on Reddit(Team Karma).
Ponymon had its own Typing system with Magic/Loyalty/Laughter types, so we can use that. Or remove Discord and change his Chaos type to Nigger-type, if the niggermon-using "Refugees" from other regions start invading the polnymon region.
Anonymous
Fri, 21 Jul 2017 12:24:09 GMT
sCG4i
?
No.569
570
>>568
Are we able to add more of our OCs and affiliated ponies to the game?
Anonymous
Fri, 21 Jul 2017 12:25:59 GMT
ZS1nA
?
No.570
571
>>569
Yeah. We might have to extend the rom, but since the rom already has Filly Pinkie, Gala Pinkie, Adult Pinkie, Element of Harmony Pinkie, and 10 other Pinkies, removing the gala ones won't hurt. 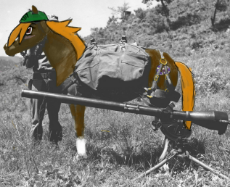 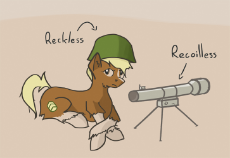 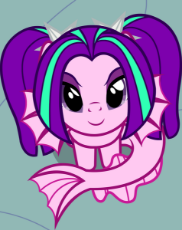 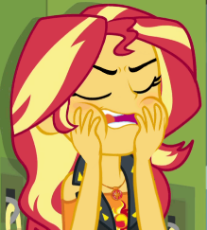 A scientist in the basement gives you the mane six poners as pokemon when you find him.

What balance feedback can I get about this new type chart?

I believe this is a mistake without any other gameplay-defining design decisions. With 4x damage on Super Effective hits (16x if double weak), most Super Effective hits will result in overkill with practically no consideration for STAB or the offensive/defensive stats of either party. As such, there's no real point in building a traditional offensive threat or sweeper when a bulky Pokemon with good offensive type coverage will do just as well. Even if you choose to play a strong offensive sweeper, it won't really threaten an enemy that it can only hit for Neutral (.5x). The only time there is a real question of whether a hit can KO would be against a foe that is foux-Neutral (4*.25), which isn't sufficient justification for an actual offensive build.

Speed becomes extremely important, but setting up any traditional speed control (Tailwind, Icy Wind in doubles, Trick Room, etc) will almost always either be mirrored or traded for a KO. If it's not mirrored, the player with Tailwind is practically guaranteed to win, as the other player won't be able to attack for the duration. Pivoting is emphasized, and Pokemon with strong defensive typing (Electric, Fighting, Fire, Flying, Normal, Poison, Sound and Water) become extremely valuable, especially Normal because of the wide variety of moves generally available to them and Fighting and Electric as strong offensive types in this paradigm. Offensive Bug moves are a must, as that is the only type to which Sound is vulnerable. U-Turn as a Bug move and Volt Switch as an Electric move would both be very strong, along with priority moves like Mach Punch and Ice Shard.

Since attacking is generally a high-risk endeavor, punishing switches is highly valuable. While Pursuit isn't likely to find a good target, a Prankster setting up Stealth Rocks, Spikes or a single layer of Toxic Spikes (the second layer is actively a detriment since Pokemon aren't going to stay in long enough for Toxic to out-damage Poison).

Games will be effectively over in the first couple turns, but actually finishing a game by KOing an entire team will tent to take a while.

Pokemon games aren't known for their difficulty, and NPCs are generally not strong on switching, so any NPC locked to a particular type as is common in Pokemon games become entirely trivial.
Anonymous
Fri, 02 Sep 2022 00:05:23 GMT
9447818
?
No.165887
165889
>>165883
Shit, I should have mentioned this earlier.
>All Pokemon ingame only learn two attacks, they match the type of the user and become physical or special depending on whether their user has higher Atk or SpAtk
>There are extra attacks you can teach to your Pokemon: A strong physical move, a strong special move, and two moves that become physical or special depending on whether their user has higher Atk or SpAtk: A draining move like Giga Drain (60 base power) and a Priority move like Extremespeed that has 60bp and +2 Priority.
>Each of these attacks has a typed variant.
>Coverage moves are heavily nerfed, a 0.1x modifier is on every move that doesn't match your Pokemon's move. I was going to make Adaptability give Same Type Attack Bonus to all moves but Adaptability Eviolite Eevee was OP. Now Adaptability reduces the penalty to 0.5x from 0.1x,
>You can give your pokemon any of my new attacks or one of several status moves like Trick Room, Toxic, Will O Wisp, and others but the STABless penalty keeps coverage moves from being too OP.
>Super Effective STAB attacks guarantee crits (just ignores enemy defensive buffs) and if they hit before the target takes their turn and does a move, they guarantee Flinches which make the target miss their turn.
>All NPCs ingame automatically use the highest-level AI that will understand the value of held items/weathers/abilities and switch if it feels it's necessary, even random low-level trainers.
>Poison and Toxic Poison gain a bonus Heal Block effect
>There are Held Items and Abilities to set things like Spikes, Stealth Rocks, Tailwind, and Trick Room when switched in.

>>165887
I took Shuckle, which has some of the weakest offensive stats in the game, and ran a damage calc with Adamant 252 Attack EVs and the 60 BP Bug Bite into the default Abomasnow. Abomasnow doesn't have the best BST or stat distribution, but it's not all that bad. With 4x damage, it is guarenteed to 2-hit KO. With 16x, the Shuckle overkills by over another health bar.

>There are extra attacks you can teach to your Pokemon: A strong physical move, a strong special move, and two moves that become physical or special depending on whether their user has higher Atk or SpAtk: A draining move like Giga Drain (60 base power) and a Priority move like Extremespeed that has 60bp and +2 Priority.
Drain is completely worthless when any offensive move from a Pokemon with more than 10 Attack can 1-shot you, and giving everyone a Priority just means you're playing the speed game at +2 Priority.

>Coverage moves are heavily nerfed, a 0.1x modifier is on every move that doesn't match your Pokemon's move.
Makes non-STAB attacking moves completely worthless.
>Super Effective STAB attacks guarantee crits (just ignores enemy defensive buffs) and if they hit before the target takes their turn and does a move, they guarantee Flinches which make the target miss their turn.
So on the off-chance Galvantula can't kill whatever it's attacking in one hit, it can flinch it and guarantee the 2-hit KO.
>I think I should remove the damage penalty to neutrally effective attacks, as it makes dual-types better than single-types for no reason.
At least offensive built Pokemon wouldn't be completely worthless. 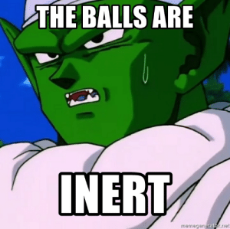 Also this was gay https://m.youtube.com/watch?v=zkBHSaukjq8
Not the guy, the challenge concept.
It's not a "challenge" to go through the whole game with the strongest pokemon in Sinnoh on your team, a pseudolegendary so strong he was banned to ubers, who even has Dragon Rage to make the early game a cakewalk. I'm surprised his 600bst dragon actually died but it was smart of him to put an Altaria on his team and call this a Dragon Monotype challenge instead of a Solo Run. Saved the run.

You know what would be a more hardcore challenge?
Ballslocke.
A pokemon hardcore nuzlocke with all the usual rules plus a new one: If your pokemon faints, it dies AND your maximum party size is reduced by 1 for the rest of the game. That ball is inert. That slot on your belt is permanently blocked by an inert ball. Even if it means you will fight a trainer with more pokemon than you. No redos. No second chances. No losing a party and retrying from the pokemon center with a backup party. You lose one party slot with each death and after 6 deaths the run is dead.
21 replies and 6 files omitted.
[View All] [Last 100 Posts] [Last 200 Posts]