Fear of commitment / Culture of the immediate
Anonymous
Sun, 13 Aug 2017 05:43:40 GMT
vDeYY
?
No.7
8 9 10
I have been thinking a lot, chatting with some people, reading many posts in Imageboards and forums about the current state of civilization, seeing celebrities becoming consumed by despair by their own wrongs in life, and there is a point where everything converges.

That's the main trait of Millenials and a big part of the modern mindset. We are afraid of engaging in long-term investments of time and money, and prefer to invest in experiences instead: travelling instead buying real estate or lands; casual sex, video games and Netflix series instead a stable relationship with children; freelance jobs instead of a stable one; complete disregard in pension spendings, and the list goes on.

Meanwhile, lifelong jobs are more and more of a rarity and people get hired and fired much more rapidly nowadays, everybody seems to be replaceable and people in their 40s have a much more hard time trying to find a job when they are caught in this circle.

Anonymous
Sun, 13 Aug 2017 06:33:53 GMT
opWvk
?
No.8
>>7
That mostly means a lot of them are going to be fucked without a pension later on. And, that's really the entire mindset of it. Through the comfort society, humans are seeing no need to plan ahead. Which is consistent in the general downward trend in IQ average. People are getting dumb, but more so adults are becoming infantilised. The bridge from childhood to adult has widened, some not even taking the transition nor needing to. The concept itself of adolescence being quite fairly new, at least when dealing with responsibility. Responsibility being something which something the youth has lost a sense of. Really, the parents are to blame. Not because they were being too hard, but that they weren't being hard enough and actually try to instill values.
Here's a video dealing with it from another perspective: https://www.youtube.com/watch?v=y59g54hC-aY&list=LLDkLX8hdTV1GttWYINl1YsA&index=7
Anonymous
Sun, 13 Aug 2017 07:02:31 GMT
YgdIf
?
No.9
>>7
Imo to avoid working in one job for too long is smart thing to do. Striving for career advancement is good. Moving after better work and business opportunities is good.
It keeps you on your toes so you won't get complacent and if you get fired, you recover much quicker.
Thinking about it now, having understanding family, you can lead family life like this too. After all, Huns managed to take almost over the whole world. They were always on the move, elusive, no army could root them out for their roots were not static.
Anonymous
Sun, 13 Aug 2017 08:39:17 GMT
Cwvd5
?
No.10
11
File (hide): 55E0FC9B2747CA2C8155E4BDA7368268-941356.png (919.3 KB, 957x605, bee.png)
[Bing] [wait] [Tineye] [Yandex]

>>7
The internet has some kind of role in all of this, its fast and we spend a lot of time on it so we want everything to be as fast as the internet and we are screwing up our patience.
Remember YOLO?
Well we are the YOLO culture now, we don't plant a tree for our grand children to climb, we transplant a tree from Africa for 100.000$ to climb it ourselves until it dies two days later as the thing just doesn't adapt to the weather.
You see this kind of behavior everywhere, jobs, cars, houses, cellphones, clothes..
We have become such a consumerist society everything is expendable, even people.

That is why people change jobs so often, don't have the money? need more? Get a credit.
Oh you already pay like 75% of your salary in debts since you took too much credits? Get a better job, or two jobs, no one has loyalty anyways since its YOLO and we are a bunch of selfish mercenaries. 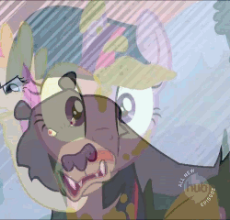 >>10
Generation Z is both on a exceptional course to fix things and an unexceptional course. They too like the millennials (during the great recession) will have to be tested of their mettle.
Anonymous
Sun, 13 Aug 2017 10:05:17 GMT
cPPgU
?
No.12
A big part of growing up is realizing it's not either or. You can pick and choose commitments or the "modern mindset path" for anything. Neither one of these paths are "right" and neither one is better. But they are yours to pick. Personally I chose a commitment path, I built up the life but here I am in my mid twenties, absolutely bored out of my mind living life like a literal 55 year old. I'm strong and young and should be exploring the world and building experiences instead I've stunted myself by building a safe space.

There's a sign on the wall
But she wants to be sure
'Cause you know sometimes words have two meanings.
...
Yes, there are two paths you can go by
But in the long run
There's still time to change the road you're on.
Anonymous
Tue, 29 Aug 2017 00:50:05 GMT
MN4UY
?
No.117
I sometimes feel like I pocrastinate because I want one of the fandoms I'm in to fully die so I can focus on the others. I feel like I spread myself too thin, but I can't give up all the things I want to create or the work I've already put into each thing.
6 replies |  3 files |  6 UUIDs |  Archived
;
[Go to top] [Return] [Catalog] [Archive]