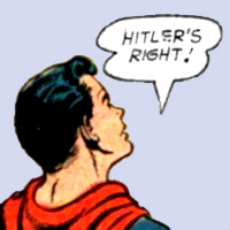 I want to write fanfics, but the fandoms i've got fics planned for are dead. the only not-dead one is Persona 5, which is currently in a "Passing fad" phase. Whenever I check up on a fandom to see how it's doing, it looks even worse and even less appetizing than the last time I checked.

i've got pages of planned chapters and notes for mlp fanfics I have no reason to write because the fandom's dead and dying and the only ones left seem to be the hasdrone assholes that attack critics for wrongthink.

7 years have passed since MLP started, and most of my future plans hinged on MLP not dying and becoming crap, AND the fanbase not becoming so pro-hasdrone and anti-critic the dissatisfied leave instead of staying and making fanart or fanfics or whatever. But I'm not here to talk about just the MLP fandom.

Pokemon adventurefic in an original region with over 150 fakemon planned