Join us for Teatime with Alcohol this Saturday at around 2pm CDT! Exact time and place to be announced.
* Time and place is subject to change depending on feasibility. 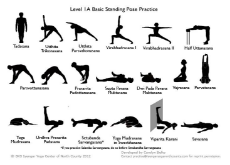 Buddhism is a fascinating religion. It's unique in that its' teachings are entirely human. The buddha did not claim to be a god, nor divinely inspired. He achieved all he did through human intelligence. So yes, he was enlightened by his own intelligence.
Buddhism does have teachings on the divine, but he tells you not to rely on them for enlightenment. Because of all this, Buddhism can be practiced largely with other religions, or none at all. He even tells you not to take his word as law, and if you find something else which brings you more peace than Buddhism then to practice that instead.

Buddhism in a sentence: attachment is the root of all suffering. When you are attached to nothing, you are free to enjoy thing as they come and let them go when they go. This ultimate freedom is enlightenment, the ultimate goal; Nirvana.
This does not mean you do not love, or feel emotion or anything like that. Some people mistake enlightenment for an eternal apathy. Volumes upon volumes have been written on trying to explain Nirvana. But as I understand it, it is to live life like a stone in a river. All waters wash over you. Some are hot, some are cold, but you hold on to neither. You are free to enjoy the good, and take peace that the bad will end.

This is another key teaching: everything is impermanent. Every thought, object or sensation is ever-changing and has an end. This is why you musn't hold onto the good, for you will be sad when it ends. You can take peace that the bad will end, too.

I won't touch on Karma, rebirth, the circle of life and such, not here. That's a whole cosmic system in itself. I'll write up a post if anyone's interested. I'll say this: Karma as a metaphysical currency of good vs bad is mainly hindu. In buddhism, Karma means both the effects of one's actions in a very straightforward way, and deals with how you're reborn.

But enough about religion. Here are some resources.
>Pic related
Commonly thought as the best introductory text available. It gives the message without being too complicated or overly simple. I've read it and give it a personal commendation.
>Don't want to read?
Head to youtube and watch a documentary. "The Buddha" is the best I've found. It covers the life of the Buddha, the major lessons he learned, and the basics of the religion.
There are also various cartoons for children which can give the basics. Most are subtitled.
>Can't sit to watch either?
Reddit is also good. The subreddit for Buddhism is focused, the users knowledgeable, and the sidebar isn't bad either. Even reading old threads is a good way to wing it.

>Meditation
There are an extreme number of meditation types. Most people know of "breath meditation." This covers a basic principle: to live in the moment. Budhissm teaches this is best. When in the moment, you can give your entire attention to a problem. You are untroubled by the past or the future. Appreciation of the moment brings happiness.
There are other meditation types which boil down to contemplation, whether on the body, the mind, death and rebirth, etc. Those I don't know as much of. 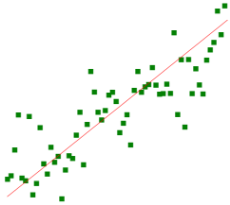 >>649
There's no boundary to meditation beside your own discipline. Don't think if you're meditating for too long or not enough. The baseline you set yourself should be according to your own mind.
If you're starting breath meditation to better your focus and awareness, you can measure progress by how long if takes your mind to become exhausted from the effort, or with how much ease it slips from focus.
In my experience, meditation progress is nowhere near a neat line of any kind. It's more like pic related. Some days will be great, some will be bad, but there's a slow and overall improvement. So don't be take to heart a sudden dip or rise in quality.

As for knowing about Buddhism, it depends what you mean. If you want to fully follow the teachings and 'convert' as it were, then yes, you should go and research the core principles and teachings at least. Buddhism is not like other religions, however. It shows you the way and asks you to walk it yourself. So; to achieve enlightenment is something only you can do for yourself, and no amount of knowing 'about' Buddhism will help you with that.
If you meant meditation and other mind-based practices, it depends.
Some meditations are meant to be spiritual, with specific goals and ways of thought. Others, such as breath meditation, are not dependent on faith at all, and are entirely personal as to your technique, method, goal, etc.
It never hurts to do your research, and the wisdom you hear from others may very well help you greatly, but with meditation it is your own mind fixing your own problems. You can see that this comes down to your own wisdom, and not that of others.