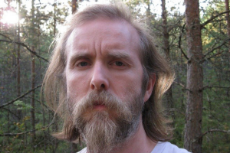 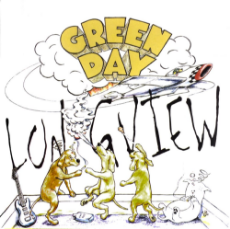 >men produce millions of sperm
Irrelevant. Sperm have a specific purpose; deprived of that purpose causes degradation of the individual. Sperm die for a variety of reasons. Inside the man, if not ejaculated they will die quite naturally and be reabsorbed and made into new sperm cells. Obviously, thats not what happens when one jizzes in whatever their cleanup method of choice is. At the risk of sounding cheeky, it would be like sending a military squad to an uninhabited island with no resources and telling them to stay until they had performed their essential function.
Same goes for fuccbois who bang lots of whores, condom/pull-out game or not.
Obviously, there are no immediate obstacles to masturbating or being a whore of whichever sex, other than what is socially imposed; one is entitled to do what they will.
My hope is with a bit of exposition, perhaps (you) will consider taking - and leaving - the dick out of your hand.
It's NOT easy, but it does get easier over time, and more than anything the thought of not masturbating was far worse than the act.
This isnt about NoFap or any trends or challenges or wtfe else, this is about becoming a more formidable person gradually, day by day.
Gratuitous No Homo

Anonymous
Fri, 06 May 2022 09:48:51 GMT
b112d2d
?
No.5459
>>>/mlpol/343871 →
>With jolly cooperation and proper means the essence is exchanged/used that helps everyone involved
Except the ejaculate is still discarded. This psychologically entrains the person toward their seed being worthless, except as a consequence of a few minutes of pleasure.
It isnt a baby, but it is an undeterminable part of a baby; show me a baby and tell me which parts are the result of the man's contributiom, and which parts aren't. That sperm is not yet a baby or that it overwhelmingly likely wont be a baby (given the number of disqualifications and runners-up in the womb) does not diminish that becoming a baby is its essential function. To therefore exploit the body for pleasure at the expense of the male source of human life is precisely the same spirit/intent that historical civilizations employed when performing child sacrifice. Reiterating, theres degrees of severity, but the intent - the action-generating will - is the same.
Anonymous
Fri, 06 May 2022 10:07:02 GMT
b112d2d
?
No.5460
As to the suggestion that ejaculation reduces the risk of prostate cancer, the findings are a bit muddled. In one study, the apparent reduction in prostate cancer frequency was experienced only by men in their 50's, while men in their 20's saw an increase in likelihood.
Other and more recent studies show up to a 20% reduction in occurrence in PCa, but only among respondents who self report ejaculating 21 times/month.
>The authors found that the risk of developing PCa was lowered by 20% for men who ejaculated 21 times per month, as compared to those who ejaculated 4-7 times per month. Interestingly, “A similar Australian study found the risk was reduced by 36 percent when men ejaculated seven times a week.”
https://sperlingprostatecenter.com/can-masturbation-help-prevent-prostate-cancer/
>Here is more recent news about a genomic analysis of prostate tissue from men in the study described below who developed prostate cancer. The research team, including some authors from the original study, tested for trends in gene expression according to the level of ejaculation frequency as self-reported in 1992 for ages 20-29, 40-49, and the year prior to the questionnaire, 1991.[i] The analysis included 157 specimens from prostate cancer tumors, and 85 samples from adjacent normal tissue. The researchers did not find a link between ejaculation frequency and gene expression in tumor specimens. However, in normal tissue they “… identified biological processes that could link ejaculation frequency and prostate cancer.” This means that the genomic changes they identified reveal potential biological pathways by which tumor activity is regulated by the body. In other words, frequent ejaculation that includes masturbation as well as with a sexual partner may lower prostate cancer risk at the level of gene activity.
And for ease, heres some general takeaways from many of the studies:

>There’s no proof that ejaculating more actually causes lower chances of prostate cancer. For now, doctors just know they’re connected. It may be that men who do it more tend to have other healthy habits that are lowering their odds.
>Ejaculation doesn’t seem to protect against the most deadly or advanced types of prostate cancer. Experts don’t know why.
>Scientists don’t know if ejaculation during sex vs. masturbation has the same benefits. Some research has found that the makeup of semen is different for each. For example, semen during sex has higher levels of sperm and some chemicals. It’s possible that these could make a difference in a man’s odds of having prostate cancer.
>Not all studies have found a benefit. The 2016 study got attention because of its size (almost 32,000 men) and length (18 years). But some smaller studies have not shown the same good results. A few even found that some men, specifically younger men, who masturbated more had slightly higher chances of prostate cancer. Some researchers wonder if a man’s age may affect whether more ejaculation helps.
Anonymous
Fri, 06 May 2022 20:51:52 GMT
320c04d
?
No.5461
5463 5464
>>5458
One part I would like to add. Referencing my previous post.
>>>/mlpol/343859 →

>Abortion is immoral and inconscionable, at the human (union) level of reproduction.
>Failure to achieve union is immoral and inconscionable, at the male and female level of reproduction.
My reasoning is SJWs and crazy cat ladies the issue is they ran out of viable eggs, that's it. It's now impossible.
Riding hundreds of miles of dick breaks the biological love distinction.
There is no bonding.
Anonymous
Fri, 06 May 2022 21:09:14 GMT
320c04d
?
No.5463
5464
>>5461
I'd add it's the mismanagement of resources. Going just on average psychology the neurons get saturated in neurochemicals leading to other issues.
Anonymous
Fri, 06 May 2022 22:25:52 GMT
b112d2d
?
No.5464
>>5461
>>5463
No contest, I agree with your reasoning, fwiw (especially the second post, which neatly points to the mental/psychological deterioration that results from unchecked fapping).
[Last 50 Posts] [Last 100 Posts] [Last 200 Posts]
5 replies |  2 files |  2 UUIDs |  Page 3
[Go to top] [Return] [Catalog] [Reload] [Archive] [Update] ( Auto)