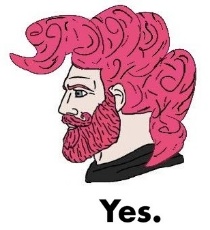 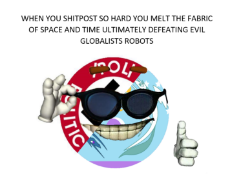 Slugfest, Rebutals and Mares oh my
!OP
Fri, 01 Apr 2022 05:18:55 GMT
No.5191
5199
[Last 50 Posts] [Last 100 Posts] [Last 200 Posts]
For improving wit, knowledge and wisdom.
Here's Fi a thread for long debates, observations, hores puse.
Recommended, core point/idea/intent in the title/subject of the post. Would also recommend keeping your position about the topic and a unique number/pseudo trust based id in the name or subject field for the purpose of one debate/rebutal topic.
Rules
1. Pony Pony and Frienchipping is a must.
2. Positions here have to be backed up using a form of evidence. Higher quality and numerous the better, but in that order.
3. Cite stuff. Meme images that actually have it is good. Links to archives also good. Quotes pic or otherwise also good. Source My Ass, stated otherwise.
4. If it has a dedicated (containment) thread it belongs there in accordance to pretty pony pussy and political pinball wizards.
5. Shitposting allowed. Levity and brevity is a must for the heavy lifting and raking here.
6. The only winner is everyone by increasing in skill, knowledge, wisdom, wit and experience.
7. Taackle the position as it is or/and strengthen it then commit your might. This ensures ideas and well intentions are ensured.
8. What about isms, shilling, THE FUCKING (((flat))) JACKWAGON. Is considered shitposting at best off topic at worst and belongs elsewhere (again in the containment threads or not here at all). Because there is no point, and when one is made there is no substance, even one on their behalf, even with good will to help them our good will has been 'placed before swine'.
9. When hypotheticals are in play, considering and contrasting with reality is also allowed. Following through the logical presuppositions that then turns the idea is also allowed given the logic is sound, is true in reality (or the hypothetical reality).
10. Hard feelings stay here. If they develop or are brought in keep them in this thread. Keep a calm mind, focused intent, and wide vantage point of understanding, even under intense pressure. This is for fun and improvement or one's self and others through consensual typed/image debates.
11. Post Pony and or Humorous every once in a while.
12. If the topic/debate has enough interests lets make it another thread. Thread generation and cross posing is allowed.
13. To Err is human. It happens. At times ponies too make errors.
14. Love your fellow Anon, and forgive. No homo. Keeping high interpersonal anonymous bonds is needed.
15. Reasoning and how an Anon comes to (a) deduction(s) is encouraged. This is also a place to sharpen the faculties and how you reach somewhere and also the potential ways is important for plasticity. (Source My Ass)
16. Dunno probably something here. Horse Pussy.
17. Greentexting and subsequent Meme making of the topics and debates is allowed and encouraged. Remember Anonymity, and ensure the spirit thrives.
18. Not sure why I typed eighteen at this point might as well have twenty for the nice multiple of ten.
19. Clarify when a post seems off topic, ask for clarity so everyone is on the same page.
20. Only wish the best for fellow Anons. A seemingly repeat, and the importance is why it's repeated.
>Why not just make a separate thread in the first place?
This thread doesn't have IDs for rapidly shitposting accurate true solutions that improve can be had.
>There isn't a person that would actually debate for the opposition position.
Debating as an advocate for fun and improvement is allowed.
>Something something edge cases.
I know it's bound to happen. I feel it in my bones. 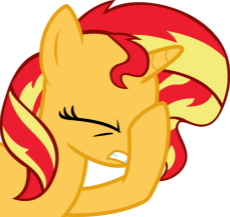 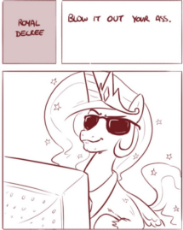 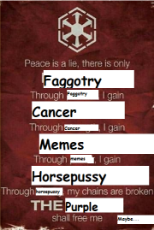 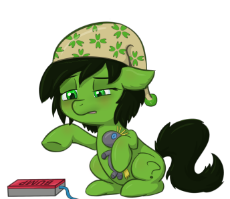 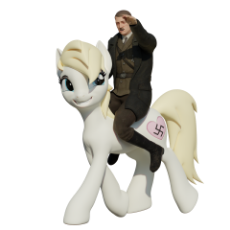 >>5191
>When hypotheticals are in play, considering and contrasting with reality is also allowed. Following through the logical presuppositions that then turns the idea is also allowed given the logic is sound, is true in reality (or the hypothetical reality).
Bad idea.
Arguing hypotheticals is like arguing strawmen; neither is a sincere, organic, or accurate representation of anything. The person arguing against the hypothetical can defeat 1000 hypothetical scenarios, and the person arguing them can create 1000 more from thin air, that need not bear any resemblance to any oberved/recorded phenomenon. Take the jew/kgb fag(s?) as exhibit A, of both the ease of instantly concocting a new hypothetocal on the fly, and to the utility in allowing hypothetical arguments at all. Theres really little to no difference between arguing hypotheticals and whataboutism, the distinction being assertiveness in the position/retort.
Allegories, metaphors, and analogies are different, in that they are ineffective if the one asserting is inaccurate in their concept and illustration.
You have an interesting idea OP, but like any thread topic it is only as good as its participants are willing to abide. Being as though there is no authority to discipline anons for arguing in bad faith or not abiding by the ruleset you propose, its effectively an Honor system.
And to that I reintroduce the jew/kgb fag(s?) as evidence of how easily/readily liberties can be taken.
>pic unrelated
[Last 50 Posts] [Last 100 Posts] [Last 200 Posts]
2 replies |  9 files |  2 UUIDs |  Page 2
[Go to top] [Return] [Catalog] [Reload] [Archive] [Update] ( Auto)