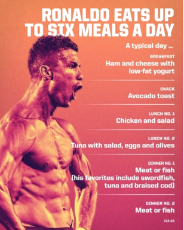 Once you go some period of time (maybe a week or two) without having a kilogram or more of liquid sugar in your diet every day, then you'll realize you don't even miss it.

A little bit of lemon juice can work to flavour it. If you're at home, you could try adding powdered ginger and powdered cinnamon in a mug and pouring some hot water in it. Stir it a while to incorporate the powder with the water, and it'll infuse some flavour in the drink. You can even add a bit of cayenne pepper powder or something in it.

Ginger is supposed to be good for your stomach, hot peppers good for circulation, and cinnamon good for some other stuff. I dunno what cinnamon's supposed to be specifically good for, but it's a thing. Some nursing homes specifically give a teaspoon or so of cinnamon and honey to old folks during medication time, and the ones who get the cinnamon and honey seem to do better than the ones who don't. To the best of my knowledge, no-one really knows why, but they're both harmless food products, so there's no reason to specifically avoid it.

But for a general "have a flavoured drink in the fridge ready to go as a coke-substitute" idea, I'd go with making a big batch of tea and putting that into a drink container. No sugar. It's possible to fuck up tea and make it too bitter, or too weak, so don't give up after one attempt if you don't like your result. There's a ton of different ways to do this. You could just go to bulk barn and buy a couple tea bags of fifteen different flavours to see what you like best.
[Last 50 Posts] [Last 100 Posts] [Last 200 Posts]
6 replies |  2 files |  5 UUIDs |  Page 5
[Go to top] [Return] [Catalog] [Reload] [Archive] [Update] ( Auto)