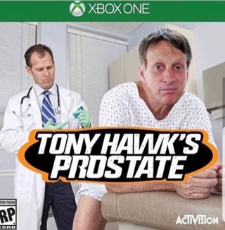 Calm
Anonymous
Mon, 15 Jun 2020 22:43:18 GMT
e52b835
?
No.2523
2528
[Last 50 Posts] [Last 100 Posts] [Last 200 Posts]
How do you stay calm in a world that gets closer to the breaking point every day? Those niggers and jews are raping our people to death and the fucking Liberals celebrate when it happens then play dumb/attack you when you complain about it.
Anonymous
Tue, 16 Jun 2020 02:12:50 GMT
5475b8f
?
No.2524
2525 2527
All you can do is warn people about Apocalypse but if they don't listen that's on them. Make peace with God, not with the world.
Anonymous
Tue, 16 Jun 2020 02:20:13 GMT
e52b835
?
No.2525
2526 2528
>>2524
Where the fuck is God? I've tried to go Christian for the past two years and I can't hear him. I can't make any meaningful relationships with other Christians because they're all the "Wash black feet and grovel" types who cry "You're no true Christian" when you say anything unwoke. I keep getting banned from Christian forums and Christian discord servers. Every single Christian I've met is like this. Except maybe ones on this site, I have no idea if there are Christians here or not. Maybe Christianity just isn't a strong enough religion to maintain its borders or power or cultural dominance, since it rolls over and plays dead and dies for all the evil bastards in the world who know how to lie.
At least it isn't as cucked as Catholicism.
The Pope isn't Catholic, he wears a Small Hat(TM).
Anonymous
Tue, 16 Jun 2020 02:43:47 GMT
5475b8f
?
No.2526
>>2525
1) Christianity is not an institution made for men's purposes but for God's. Undermining their faith so they can look more POZitive is on them.
2) Christianity is the one thing that the (((world))) cannot wholly take over. The worst that can be done is infiltrating the hierarchy and leading a subset astray. However, there are always still some Catholics willing to call out the Jews and we will win in the end.
3) On a practical note, hide your power level, particularly if you're new to a community. If you join a place that is clearly totally cucked then just leave and find something better. 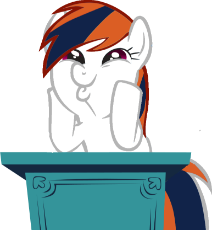 C
John Elway is truly and all knowing, all seeing entity that created existence itself; From his throne he watches and experiences everything, from ecstasy to misery and all in between, and in all of his wisdom, and he enjoys it, because that is how he envisioned it.
We are his creations, the things he made for his own amusement, thus he does not sees our pain and despair as a serious matter, instead, John Elway sees us like you would see a random character on a Roller Coaster Tycoon.
[Last 50 Posts] [Last 100 Posts] [Last 200 Posts]
7 replies |  2 files |  6 UUIDs |  Page 7
[Go to top] [Return] [Catalog] [Reload] [Archive] [Update] ( Auto)