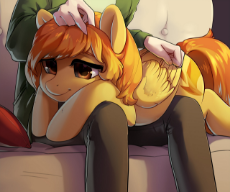 I have essentially no outlet. I will be in this for ten months, unless I get kicked onto the street. I get in trouble for every last thing and my team is incapable of allowing anyone to be right to them. Corporation claims an apolitical goal, but it's all a front for leftist diversity fetishism.

I want to be capable of either hiding my power level better, or just learn how to grin and bear it when everyone berates straight white men, lies about economics, et cetera. I've tried silence. I've tried debating from a faux-liberal stance to try and reach out. And I've tried acting aloof. It doesn't work. Nothing seems to work and right out of training everyone thinks I'm Elliot Rodgers 2.0.

Pic unrelated. Just what I wish I could be doing tonight.

>>1183
If you are able to excuse yourself from them and retreat to your own private room that is probably the easiest way out. There you can chat with others that don't ostracize you for not following the party line. And also watching tv-series on Hulu or Netflix or just plain dl'ing them is a good way to kill time.

Then to avoid them thinking you are a nut, or make them wonder even more, you can "play a game" with them where you stage your private room a different way each day when you leave, so if they look they will just be confused.
One example could be.... hard to think of any that won't make them think you are a bit crazy, but plenty of ideas on how to mess with their minds. Or rather it is more expensive to stage a room that messes with their mind and also makes you look sane. Decorating the room in a different national theme costs more than laying out individual socks or underwear all over the room. Both can be fun but the latter could give them the wrong idea. But since it is only ten months I say go the cheep route where you lay out different garments each day. Or you can make a "scene" like "flanellograf" out of the clothes depicting mundane stuff, or someone trying to climb up on the bed, or whatever comes to mind that day.
>pic related (but perhaps bad example if you want to make them less suspicious)

If they report you all you have to do is tell the authorities is that you do it for shits and giggles, and to get the time to pass. And that you are political right and they are hard core leftists that don't tolerate different opinions so you choose to keep to yourself rather than creating conflict. They will understand that you are no threat and move on forgetting about you.
Anonymous
Thu, 01 Nov 2018 12:03:20 GMT
Rn6wu
?
No.1185
1186
Find a melody you like and hum it to yourself in your head. It helps way more than you'd think.
And find obscure, pointless shit to get mad over. When you feel like ranting about the current treatment of white people, rant about some bullshit Yugioh card's effect on the meta.
Anonymous
Thu, 01 Nov 2018 19:24:35 GMT
jKtsy
?
No.1186
1188
>>1184
>private room
>tfw dorm with leftist
>tfw no face

Also I did that last idea the first time, then the report guy said that the fact he gets reports at all, true or false, is grounds for writeups. He says the truth doesn't matter even when talking about serious accusations - only feelings and perspective do.

>>1185
No matter what it's about, any vocal disagreements get me written up. Even me reeing sarcastically on the first day, which was endorsed by my team, got me written up by some snubby cunt in another team.
Anonymous
Thu, 01 Nov 2018 19:29:22 GMT
jKtsy
?
No.1187
1188
>>1184
Also
>other that won't ostracize you
FTFY. Unfortunately the walls are too thin anyway, so private conversations rarely stay private.
Anonymous
Thu, 01 Nov 2018 19:36:06 GMT
F51o5
?
No.1188
1189
>>1186
>He says the truth doesn't matter even when talking about serious accusations - only feelings and perspective do.
Can you ask to be moved to different dorm? Or alternatively you could report them for not being "tolerant" and that you don't feel they respect your deep held private religious beliefs. But this might just deepen the animosity against you as you already are alone against the rest.

I assume you are in University/College. Is there any Campus Republican groups or Christian groups you could join? Might be good to have other places to go where you are more likely to find conservatives than left wing nut jobs.

Now think. Could this event have been interpreted another way? Maybe the other person was just an asshole/having a bad day, maybe it was you not doing enough practice. It's hard giving tailored advice because I don't know the source of the shame but figure out alternative explanations that aren't mix race related. The more unrelated to you the better. Pick one answer and review the event. Does that answer also make sense? Keep reviewing it with your different perspectives. It'll decouple the shame from your reality.

Then just allow yourself to feel the shame feeling in all of it's intensity for as long as it takes. Eventually it will run it's course and you'll be done.

The belief and the pain will be gone and your esteem will adjust to different levels.
Anonymous
Mon, 06 May 2019 05:15:18 GMT
Dg7fU
?
No.1393
>>1392
It's true that I've had self esteem issues before it dawned on me that I was mixed, but as of recently what bothers me the most is a very distinct sort of inferiority complex, it's clearly related to race, so there's no use trying to ignore it.
And while I don't think it's THE issue in regards to what may have happened to me growing up, it did resonate with me when I read an anon talking about how sometimes people feel inferior because their parents didn't pay attention to them as kids so they ended up not feeling worthy of attention. But I have to say, even though I felt some resonance, this notion sounds so cliché that I think it's more of a shot at finding an excuse in the face of uncertainty,a one size fits all kind of thing. I also don't want to be an attention whore, lots of people had worse childhoods than me.
[Last 50 Posts] [Last 100 Posts] [Last 200 Posts]
13 replies |  2 files |  10 UUIDs |  Page 10
[Go to top] [Return] [Catalog] [Reload] [Archive] [Update] ( Auto)