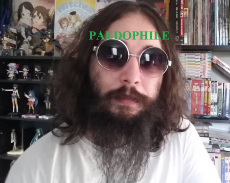 lolcow Drama - Digibro
Anonymous
Sun, 03 Dec 2017 16:06:36 GMT
No.5322
5353
[Last 50 Posts] [Last 100 Posts] [Last 200 Posts]
Conrad Aaron Collins, better known under his Online alias Digibro(ny) is a 23 year old
Aspergic Manchild from Virginia Beach, USA. He is most famous for his Anime Youtube Channel with 300k+ subscribers and his excessively long redundant reviews of animated media mostly targeted at underage demographics. He has the fashion sense of a hobo version of John Lennon and is worshipped by an obnoxious fanbase of weaboos who treat him as some sort of Otaku Guru.

Conrad achievements in his young life are RICH and include (but are not limited to):
>living with his parents exercising this professional Cartoon Critic-hood as a """Job""" since before late 2012 despite having a college degree
>being a lowkey SJW
>Borderline Pedophile who wishes he was an underage girl
>Suspected Jew
>having over 2 dozens user accounts on several sites
>repeated Suicide Baiter over virtual property
>Former My Little Pony Cartoon Analyst (more on that and his breakup with the Brony community later
>SelfEnlightened Pseudointellectual Farthuffer
>opportunistic Art Thief
>Alcoholism
>Ironic Novel
>oversensitive Drama Starter & Perpetuater

Samples of Conrads Works over the years

In Early 2015 Digibros Main Youtube Channel was taken down due to copyright violations in regards to his Anime content. Before that and during this event, Discussions about him popped up on several pony sites, including MLP Chan (which later fused with Ponychan) and Equestria Daily.

The General Reaction to Digibros Suspension there ranged from indifference to gloating to downright mocking his ass. Digibro perceived this heresy of the community towards him and his dear channel very poorly and promptly deleted all his MLP related content as soon as his account was reinstated after the copyright strikes. 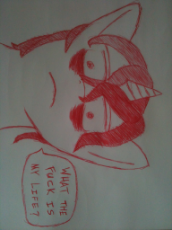 Conrad is by no means an artist, Have a look at his DA and how he spins his stolen art piece to reflect his internal turmoil how hard it is to be a neet weaboo with no responsibilities living off youtube. 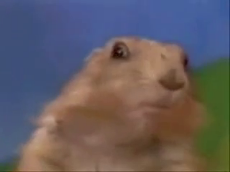 In Depth 2 Part Call out Video that exposes Conrad and his inappropriate conduct in the anime community and beyond. Digibro responsed to part 1 in the comment section. 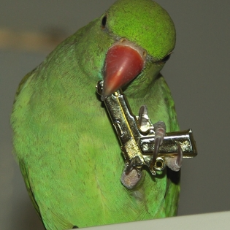 Response Video of Conrad publicly trying to shame and blacklist a condescending "Troll" from the Anime community and getting unironically triggered of money donations from his detractor. This event happened after Digibro banned a former community contributor from his discord due to entrenching disagreements with him and his fanbase. 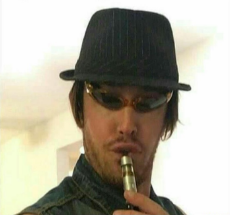 In early 2017 Conrad gets drunk and decides to make the equivalent of a Diss Track, trashing the entire anime community on Yotube, other content creators from his branch, lighting up a fart bubble so big as of proclaiming his style of analysis and video making as the only true one and wishing everybody would think like him. more drama ensued after that. 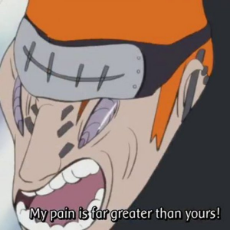 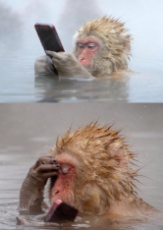 Video about how Digibro pulled out the long knifes and stabbed fellow content creator and online friend Mumkey Jones and his fans in the back, getting unironically Angry at him for remaining calm in the conflict and not taking it personally. 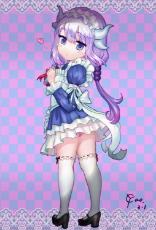 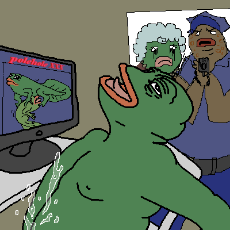 a short recommendation video about a samurai themed anime which Digi enjoyed. The creator of this show, Nobuhiro Watsuki, was arrested on November 21st 2017 for owning actual child pornography.

"Watsuki is quoted as telling authorities, “I liked girls from the upper grades of elementary school to around the second year of junior high school.”

The Most Interesting Thing About Rurouni Kenshin - Conrads Video
https://www.youtube.com/watch?v=mtevK0pFVtA 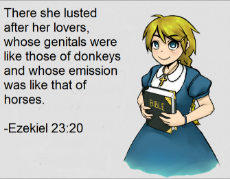 Mumkey Jones doing a paid review of the 2 Part Digibro roasting video series (see >>5325 ) and coming out on top as the bigger man and Youtuber. Conrads Patreon account has since taken a dip down worth 500 Dollars.

On a sidenote, I have looked into Mumkey's videos after never really having watched him before and I can say, he has entertaining value. Not just are his videos comedic and well researched, he is also not afraid talking about controversial topics from a ring wing perspective. Consider taking a look at his Communism Survival Guide, the review of the Holy Book of the jews or his ongoing series about the infamous lolcow/serial killer Elliot Rodger. 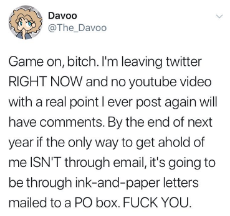 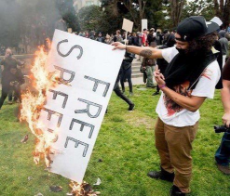 Conrad concedes to being stuck in a contradiction. He must read comments but he can't take the negative ones. Despite saying he needs comments to do his work,l he is now openly turning against his audience and their opinions. Chances are he could go down the same roads as GradeAUnderA, who's Channel died from his inability to deal with criticism. in a Podcast from 04/2016 he and Endless Jess said they regarded comment sections as "a sewerage. Its a graphitti on my work of art."

"So, following the massive fucking blowback when he spouted nonsense, contrarian, and poorly formed critiques of Mario Odyssey, Digi fled Twitter for the most part and is actively avoiding engaging with anyone who he disagrees with. Furthermore, he's making videos talking about his vision of a "Perfect Media Platform." It can be summed up as follows.

Also worth mentioning is that he no doubt removed the ability to like/dislike his video in post due to massive downvoting, if his previous video is any indication to how he's currently being received." - WhyDidIDoThis, page 4 Kiwi Thread 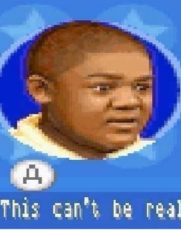 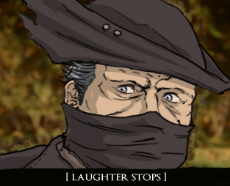 Mumkey Jones may or may not be a time traveller. 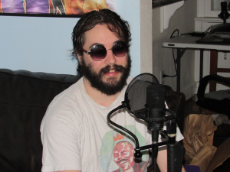 Digibro was well disliked in the Brony community, not even counting 4chan. He did not choose to shift his focus onto anime, but was more or less forces to since he felt he needed to oust himself from the community since they disavowed of him so much.

So basicly Conrad just threw the towel because his feels and massive ego were hurt and the only somewhat reasonable possible besides getting a real job he saw was to jump ship and infest another community with his selfcentered confused ramblings, fostered a community of yes men weaboos and presented any dissenters as gullible 4chan trolls.

TLDR Digis content sucked a mile of horsecock, people were not afraid to tell him, he could not take it and left elsewhere
Anonymous
Thu, 07 Dec 2017 21:48:53 GMT
No.5373
5383
http://unlistedvideos.com/search.php?user=Digibro 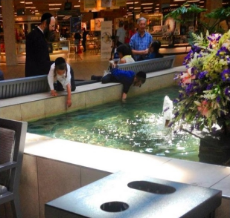 A new 30 minute video that seeks to point out the flawed business practices of The Pro Crastinators Podcast and its members. To do so, I take a hard look at the group's leader, Digibro, and demonstrate the ways in which his actions and ideologies negatively affect the brands associated with him. I also point out and criticize current and past actions of the group, many of which are counter-intuitive to their supposed goals. Gues Starring Mumkey Jones. 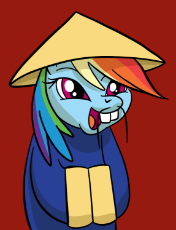 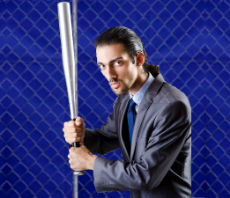 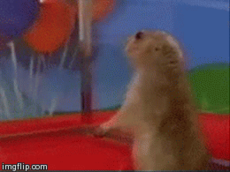 I have not really updated this thread in a long time. Things keep happening, as with everything.

Here's the latest video from Y Kick. Perhaps one of the best works ever created in the whole Digibro Detractor community. I highly recommend a look. This channel has potential beyond just exposing Conrad and his cronies. 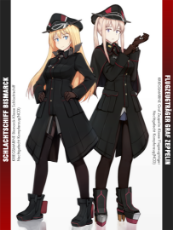 i just nopticed that i already posted Y Kicks latest video. Very well, heres the final 2-parter from Wut the Wat on Conrad. 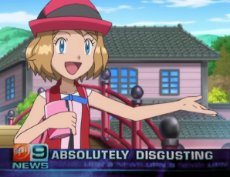 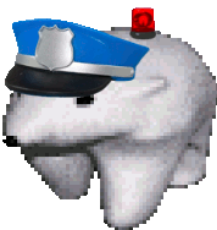 Small Update on the Mumkey Jones Situation and what happened to him since summer 2018.

TLDR
assburger beat his girlfriend and it was somehow his fault
his videos became shit
most of his youtube channels got banned, mostly because of the elliot rodger shit
he cheated on his girlfriend
with a pedophile furry who groomed a 15 year old and draws furry child porn for a living
left his girlfriend
propose to the insane pedo furry
bought a new house
is now on anti depressants
somehow still has a bandodging channel with 70k subs and a coop podcast channel
former writer of his made a 1 hour exposed video about him
nobody really wants to work with him anymore, including some other c-celebs he used to be friends with

super TLDR
Mumkey did some fucked up shit and is a cow now, argueably worse than Digibro 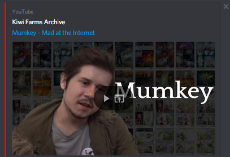 Josh also predicts Mumkey will Etika himself in the foreseeable future
for being an accelerated Pro Jared who destroyed his relationship over Breaking Bad larping on dating sites with bugged matchmaking mechanics.

Mumkey Jones announces he broke up with the Pedo furry, after the allegedly cucked him again with the underage boy and wrote a suicide note
he now lives alone in his newly brought house with his pet, Blaze the cat
deeply depressed and with regressing Happy Pills
Tyler Miller announced he will now remove himself from social media
and not interact with family, friends or fans to wallow in his sadness

Suicide steam expected any day now
This Relationship lastes not even 2 months, with less than 2 weeks of living together
theres also rumors Liu the wolf has now a photo circulating around of herself in a diaper

Guntstream Interview with the Pedo Furry and the child she molested.
This is arguably one of the worst guests Ralph ever hosted, Topic and Context wise. Very low brow content.

Tyler Miller gets confirmed a sexual cuckhold, the molested child is let on stream with his abuser to tell Mumkey to kill himself. I am also disgusted (but not surprised) at the thought that the boy willingly wanted to get back with his abuser and has now re-established a relationship with her.

>How I Broke Bad - Is It Kino?
https://www.youtube.com/watch?v=pNhyKWcyhSo
18 minutes

Topical video about Mumkeys Downfall and public immolation. this was uploaded about 2 weeks ago, but is a good summary. The Uploader also has a good take where he asserts that Mumkey Selfdestruction was not only caused by his unethical behavior in his relationship with sheepover, but also low key charles mansion tactics on Lous side, who emotionally manipulated him with the sensation of fake enlightenment moments with illegal drugs (and taking advantage of his inexperience with women.)

On a sidenote, Mumkeys Cat, Blaze, (who he is now clinging on like a crazy cat lady to soak up his tears) seems to hate him and regularly scratches him as well as violating his rugs with excrement.
Anonymous
Wed, 07 Aug 2019 07:43:19 GMT
No.12456
12458
>>8638
Does someone have this video archived? Turkey Tom has a habit of deleting videos

unfortunately, said video seems to be lost. Tom must have deleted it at some point months ago and i found myself unable to fetch a reupload. I apologies for not archiving it properly at the time. i have only gotten software for this at the end of 2018.

here is the Dick show interview as a small compensation.

Mumkey and Liu leaked sex tape, theres about 5 of them.

warning, this might mentally scar you. not only by how tyler is looking at the camera but also lius trap looking body. this is barely a level over the Julay video.