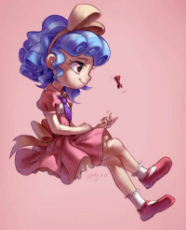 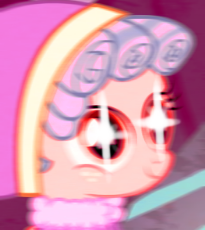 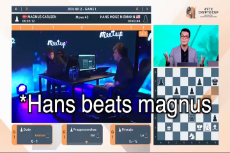 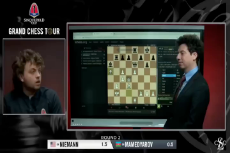 So, what's /mlpol/'s take on the greatest chess scandal in history?
Did Hans cheated? Did he cheated using a buttplug in traditional Zoomey fashion?
Is the spectrum, Norse guy onto something?
Let us know ITT.

Full rundown.
>World chess champion gets beaten by random Zoomer Jew.
>Faggot resigns and makes some tweets, then goes silent for weeks.
>Implying rigged.
>Hans admits He cheated, but only whilst playing online in two occasions.
>"Trust the experts", most GM streamers says Niemann cheated against Magnus after checking his stats on a computer program.
>Turns out is a little bit more complicated than that.
>Elon Musk says he might have used a buttplug to cheat via morse code.
>Chess.com says Niemann cheated more often than he admitted to.
>Chess.com is also in the middle of a multi-million dollar deal with Magnus Carlsen, AKA The world chess champion.
>Niemann offers to play naked in order to prove his innocence.
>FIDE steps in to investigate.
>Niemann sues Magnus, Chess.com and an incredibly vocal Jewpanese streamer. Demanding hundreds of dollars over defamation.

>>20595
I think it doesn't matter. To prove one way or another beyond gut feeling and instinct would require unearthing the plot in part or full. The means.
The motive is already there, money, prestige, ect.
It's possible to improve by leaps and bounds. Rated score analysis indicates that some people hit a soft cap and some break through. Usually the issue is split attention (school, relationship, whatever) which leaves many high (GM) level chess players seemingly not able to break into 'super' GM range.
The lawsuit with evidence of prior cheating means, with a jury of an average unbiased population rather than an invested one, is stacked against him.
Which would open counter-lawsuits.
Where he's suing over being banned and is known as a cheater. That someone called him a cheater and game hosting company confirmed he's cheated also because the guy said so and he himself said he's cheated. Which means the game company bans the guy because it's in their contract.
Mentor tangential dude said he himself has cheated and this and that are different things, just distancing himself from the mess.
His lawyer(s) are making bank on a nothing burger. There's nothing for him to stand on because he already undermined himself.
Checkmate.
No matter his current set of options he fucked himself over.
One might argue that people have made mistakes so those one or two mistakes can't color everything. Except the whole lawsuit is still dead.
Sure lawyers are needed on both sides to stop lawyer bullshit, but even then the whole point of the lawsuit is null and void with a clip of him saying he cheated. Publicly. Broadcasted. Intentionally.
Anonymous
Sun, 06 Nov 2022 08:28:30 GMT
No.20602
20603
File (hide): 3EAF890039E854D348B09A8FA7042E1B-1019714.jpg (995.8 KB, 1000x1618, 1573513359463.jpg)
[Bing] [wait] [Tineye] [Yandex]

>>20601
I think you're right. It does seem like Moke is standing on thin ice there.
Something I found interesting is that the document did mention antitrust. Which, if am not mistaken, would mean that Niemann's lawyer is implying some sort of collusion between Chess dot com and Carlsen. Which does makes sense, but I wonder how it might actually go down in court.

U the same lawfag from Nigel's thread. The one who posted about fanfiction copyright and such? Kino if true.
Anonymous
Sun, 06 Nov 2022 14:54:21 GMT
No.20603
20604
>>20602
Antitrust? They just show the contracts about the preexisting relationship. Pretty sure the game company's terms of service include not covering for cheaters. And if so they'll want the games and possibly why.
He could be trying to imply that since Chess.com and it's contracted are contracted they want to keep out competition. Rather than the usual relationship.
I don't think that was me. This is just a gut check on the case so take it with a grain of salt. Not a lawyer.
Anonymous
Sun, 06 Nov 2022 16:21:58 GMT
No.20604
>>20603
I think you're right. I don't think they'll push further into the possible collusion, when it has already been established that he cheated.