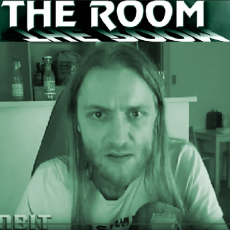 i have been informed he spent approximately 12 hour in bitwave chat to """troll""" the site owner and attending audience since yesterday evening, up until the wee hours of this morning. Somehow he changed his troll ID later in the night. can not tell which one it is but it should not be hard to spot him once he appears.

Thomas Dall attended a stream as a guest on bitwave TV last night, namely Murderer.
predictably had a screaming meltdown on air and rage quit it subsequently right after.

Dall confirmed a 90 day Ban on youtube by Jörg Sprawe aka The slingshot channel. meaning he wont be able to stream on youtube before late august 2019, the DLIVE Ban was also re-affirmed.

his stream in may was taken down because of the provoked copyright strikes. he was hoping youtube would give him doxxes of the people who flagged him and complained about youtube masking the flaggers with Jörger Sprawe.

He has to appear in court because of the Bar Incident
was fined by a former Landlord ca. 5000 Dollars after he trashed the apartment where his neighbor invaded him.
admitted he destroyed the placed shortly after on purposed and refused to pay rent, smashed the drywalls in with a vaccum cleaner in
confessed he did it because somehow he thinks his landlord was responsible for his neighbors home invasion
said he committed to collusion with Samy and Slick over DLIVE, aka the mad cow who whored her niece out to Dispatch
Mandalorian later came on to talk about DLIVE

later Had yet another meltdown later over photos of Jan Dall and thinks he can tell people on the internet what not to do,
insists the trolls committed crimes even under US law and threatened another international lolsuit. He also still thinks his thread is defamation, which was largely disproven.

yes, and the video of me going through it and showing you how to locate the code is proof. don't believe me, go replicate what I did.

then go google what friendlyduck is and what their reputation is.

All you proved was you're clearly not capable of using inspect element on your browser. 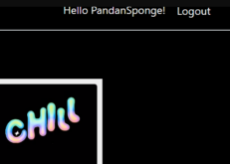 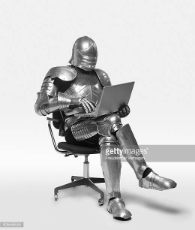 Thank you for the clarifications, Kov. I think this will answer most of the questions people had.

Hello Pandan Sponge. Welcome to MLPOL. I was wondering when you would show yourself here.

Shoutout to Mark Pugner for the file. This was broadcasted tonight on Bitwave.

Mandalorian aka Suterfuge joins a Discord Voicechat Channel with Samy and Kitty in it. unbeknownst to all the others, Craig will not talk for the entirety of the recording. theres a lot of dead air in it, especially in the beginning.

On another note, Pandan Sponge, who posted here yesterday, seems to have helped to repair Dalls site, its now somewhat functional. Dall himself still refuses to go on cam or properly do his voice recording after he trashes his camera and mike in a fit of rage.

start to circa 30 minutes
>Call starts out with Samy fruitlessly trying to convince Mandalorian to speak
>Kitty joins in shortly after, yells and insults him for not speaking up, plenty of Ad Hominems
>this goes on for over half an hour
>someone who i think is talk shit and James Smith eventually join the call
>calls Mandalorian a coward for this, althought he practically did the same thing a day prior with an open invite to join a bitwave group chat
>repeatedly calls him Pedoplorian and Rapistlorian, claims Bitwave TV is his hugbox

at ca 45 - 60 minutes
>kitty talks about how he "does not hate bitwave" and that the community is kind of beta testing his website for him, making it secure
>Dall accuses Holman of being a rapist, admits he has no evidence but insists he does not fabricate lies
>Smith and TS call him out that this is not logicial
>Dall responds with that "he does not care about their inferior hugbox opinion" and insist that he knows better because he understands "psychology"
>Dall points out how little he cares that people talk to him on bitwave, which he has open at all times (probably with this thread) for some strange reason

ca. 75 minutes
>Smith and TS point out that there is no correlation between show dix pic in a restream and physically raping someone
>point out dall has leaked nudes of his ex girlfriend as revenge porn to get back at her
>by his own logic he is now a rapist
>dall denies that, having no counter argument
> Talk Shit (?) Pressed him on the issue of his blatant double think, and why he is think he is innocent under his own law
>Dall has literally no response to this
>Call goes silent for minutes on end, (this is where i thought the actual recording stopped)
>Talk shit actually breaks the silence to see if dall is even still there
>he is, responding to this crucial questions about his judgement with "You guys are a waste of time."
>james smith, Talk Shit, And Samy eventually let the Conversation go to rest pointing out what a bore it is to talk with such an idiot who surrenders as soon as he loses the argument

TLDR
Thomas Dall exposes himself once again as a lying sociopath he truly is, even under the lense of his own baseless, proofless "logic" where everyone is guilty except him, even when he literally committed the same crimes. 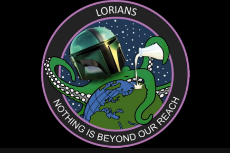 https://www.youtube.com/watch?v=sth_hPypEHo
The Call in almost full leght with slight edits.

i recommend watching at least the last 15 minutes.

"10/30/2019: Samy sends proxy named James Smith to bother Mandalorian to join her Discord VC to say "something important." Instantly realizing Kittystyle would use the opportunity to ambush him, Mandalorian sends disguised scamp Omegaman24 in his stead.

Omegaman24 remains silent the entire time. This results in Kittystyle ambushing vapor and getting furious; milk is sprayed. This video has been edited to remove massive amounts of dead air left by confused participants, and utilizes two different sources to have the most complete record of events.

A Bitchute link is available in the event this gets flagged as parties involved have been involved in flagging operations in the past. 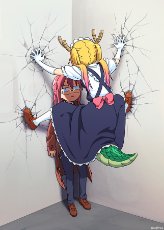 I asked a mod to clean up the thread and fortunately he did to completion.
what was not deleted for being off topic, spam or low effort trolling has been moved to >>13791 → (Samantha Masters Cow Thread)
We welcome topical content, but please redirect all your future samyposting to the linked thread. Thank You kindly. 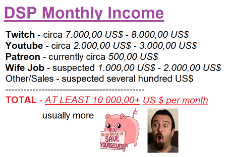 hes mindnumbingly boring, he has literally nothing to bring to the table outside of his cataclysmic freakouts. he completely relies on copyrighted videos and his chats input to deliver the "content" to his channel. If he was not constantly embroiling hiomself in drama and trolling, even back on stream.me, nobody woudl have watched him except for this dirty dozen of nuthuggers. how he could ever be proud of this 10 year legacy of nothingness and think of it as a self-employed career is beyond me.

Dalls Discord server is also no longer publicly visible, according to detractors the server seems to have largely been barred of from the outside.

artist prediction gif of what Dalls future corpse will look like during a suicide/substance abuse stream
Anonymous
Sat, 02 Nov 2019 11:06:37 GMT
No.14010
>>14008
If he can't keep his own streaming server up - then and only then does an hero come into play. That belief that someone out there is watching him is what keeps him going. When he realizes nobody's watching, nobody cares, that's when 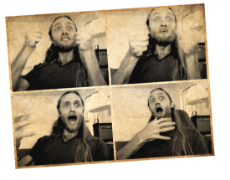 Pandan Sponge is reworking his site. it is unknown if dall pays him for his service or not.
Dogshit.tv now has an onsite-chat again. Registration with mail is required.
most of the time he streaming "radio" to no one, with no mike and no camera. attempts to contact him went largely without success.
detractors suspect Kitty is now effectively neutered, being stuck in the hug box of his sychophants making. it will probably a while before he surfaces again with new drama or when his e-celeb ego gets to him again when him. 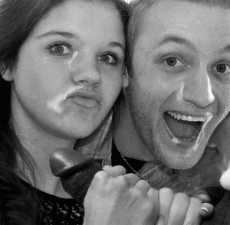 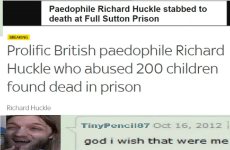 Discord Message from Dall as of circa November 12th, after 2 weeks of not streaming. 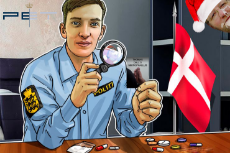 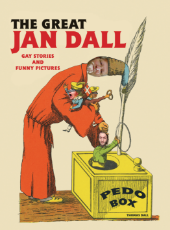 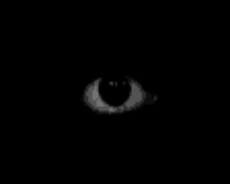 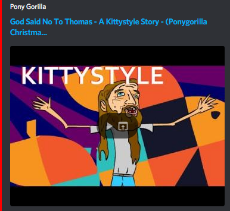 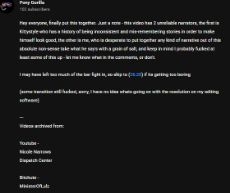 someone made a 35 minute long mini documentary about Thomas Dall
i have not seen it yet nor do i know the creator
i will give it a watch, lets see whats in there

creator is rumored to be a pariah from bitwave.tv by the name of February, widely disliked by the local community (including the whiteknighting Dall)
so there may or may not be bullshit in there
Anonymous
Mon, 09 Dec 2019 17:06:56 GMT
No.14464
>>14458

Thomas Dall had a falling out with Pony Gorilla aka Turk February over new material accusing him of newly grooming teenagers for sexual purposes since at least late November 2019.

Turk claims the situation escalated when he held an interview with dall on december 22nd about this exact topic. Dall - or someone whiteknighting him - promptly slandered Turk as a stalker and accused him of pedophilia.

More details can be found in the God Said No To Thomas thread. 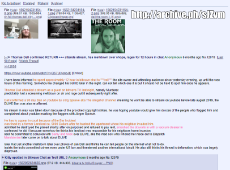