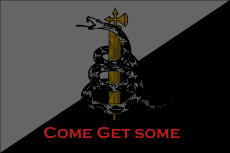 Global Flag and ID enforcement
Anonymous
Sat, 24 Nov 2018 13:00:41 GMT
No.4506
4507
I hereby suggest to globally remove the ability to hide or deactivate User IDs and Flags on all boards upon posting or thread creation, including a removal of all meme flags

Furthermore a sitewide ban of TOR browser nodes should be considered.
Pupper
Admin
Sat, 24 Nov 2018 14:00:29 GMT
No.4507
>>4506
Because we're using free resources for the IP to Flag mapping (and perhaps is a bit lax when it comes to update it) some IPs don't show flags because there is gaps in the database of what region the IP belongs to. So not all "no flag" posters does it on purpose. Additionally having an option to hide your flag improves anonymity for users from non USA countries as there are often only one or few regular poster from those countries.
The option for OP to hide IDs on the thread was implemented so Anonfilly and others would not have to change their postinghabbits in those threads. This would make the flow in those threads stay unchanged.

Regarding TOR nodes they are already blocked. VPN is allowed, but we blocked TOR nodes as it opens up for too easy abuse.
1 replies |  1 files |  2 UUIDs |  Archived
;
[Go to top] [Return] [Catalog] [Archive]