Join us for Teatime with (You) this Saturday at around 2pm CDT! Exact time and place to be announced.
* Time and place is subject to change depending on feasibility. 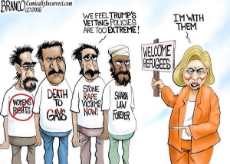 Crossovers! Make art and green of other board OCs with Anonfilly. Just something for the thread to contribute to the site besides being here. If this general does this and others follow, the general format will become less of an exclusive circlejerk everyone hates.

Anonymous
Tue, 14 Aug 2018 18:10:03 GMT
No.4377
4378
>>4376
Unfortunately this strategy has already been tried with orange filly, people didn't take too kindly to that and it died off. It could've also been a 'too soon' sort of thing though, as the character was introduced very soon after the exodus. I would suggest you link this thread to the anonfilly thread so you can get more opinions than mine on the table though.
Anonymous
Tue, 14 Aug 2018 19:22:03 GMT
No.4378
4379 4382
>>4376
Crossovers are a nice idea. There's been stuff involving Aryanne in the past. Feel free to start discussion about it there. 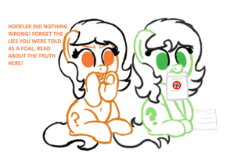 >>4378
>it was introduced as a replacement, not an additional character.
yeah, if anything this should just be pushed
Anonymous
Wed, 15 Aug 2018 11:37:52 GMT
No.4383
4384
>>4381
I don't. I want people to represent the character and thread less, the people in the thread are probably alright.
Anonymous
Wed, 15 Aug 2018 11:38:03 GMT
No.4384
>>4383
*resent
Anonymous
Wed, 15 Aug 2018 21:03:18 GMT
No.4385
4399
>>4376
Adopting Anonfilly probably saved the site at a time when posting rates were abysmally low, like down to 100 posts sitewide per day or less on most days. Plus they were pretty much fucked over by the janny at /mlp/ and their whole community would likely have died off if we hadn't given them a home, so it's been mutually beneficial. Just because their threads are large and move faster than other threads on the board shouldn't be taken as proof that they don't contribute to the rest of the site because they clearly do. Having a few neverending threads on the board is a small price to pay for at least having a board in the first place, and it's a fair sight better than being like 8/pol/, where the front page is nothing but stickies and nobody is allowed to have any fun. Most threads stay in our catalog about a month on average and if you feel a thread is not getting enough attention you can always bump it to keep the discussion going.

Personally I wish people would stop trying to force /mlpol/ to be one thing or another and just let it become whatever it wants to be. Imageboards have always been an amorphous culture, continuously evolving and changing as individuals come and go. /mlpol/ itself is merely a single step in the evolution of the greater imageboard culture, which frankly we should all be happy still exists after all this time.