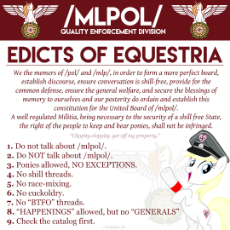 This whole thing made me think. While I got a decent amount of keks out of the whole debacle I can very much see why most people would just see information noise.
Mlpol has recently doubled its population by numbers. 2560 UIDs instead of ca. 1200. This is a blessing and a curse.
Nobody likes a dead board but the sudden influx of new users is a challenge. It is not easy to establish the rules as to why this board was founded.

Why do people come here?
Some people want a shill-free enviroment without slide-threads. Some people come here to post what is not allowed on other boards due to faggot mods.
I think these have been the major things that keep the users here.

THERADNESS has posted and got banned and while I think enforcing the rules is of utmost improtance the way it was done was wrong.

If someone posts shit on the main board there should be the option to issue a warning with a message. Something like "This kind of thread belongs on sp/vx/üb/..." instead of outright banning them.

The doxxing that happened is really, really bad in my opinion.

I guess the gist of it is that you should issue warnings and move threads first before banning someone.
Ease them in. Even if they come for the sideboards or threads curiosity will lead them to look up what the other things are about. 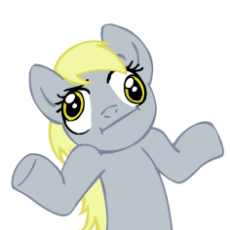 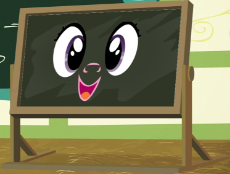