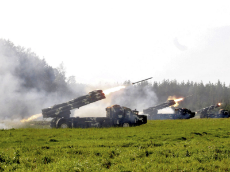 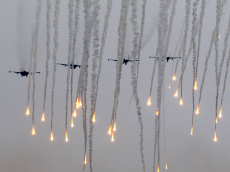 Anonymous
Fri, 24 Nov 2017 21:17:58 GMT
????
?
No.90395
90596
>Vladimir Putin has warned Russian businesses they should be ready to switch to military production in preparation for war.
>The Russian President told defence ministry officials on Wednesday that the arms production industry - both private and state owned - needed to be prepared to step up manufacturing at a moment's notice.
>President Putin said: "The ability of the economy to rapidly increase the volume of defence products and services at the right time is one of the most important conditions for ensuring the security of the state.
>The Russian leader, addressing a debrief meeting about the Zapad military exercise two months ago, reminded arms leaders that in the Zapad 2015 debrief they "discussed the topic in detail".
>"Appropriate instructions were given to modernise production facilities, build up reserves of material and technical resources, and ensure the transportation of troops," he added.
>He said participants of the meeting will have to make "conclusions for the future".
>Russian media has widely interpreted his order for the industry "to prepare for war". 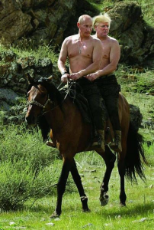