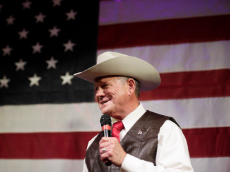 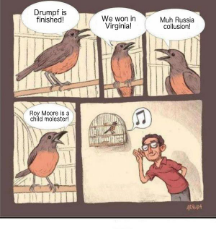 I don't get the impression the smear campaign is doing any serious harm, honestly. I don't have any direct connection to Alabama but I've been following this story pretty closely, and it looks like these accusations are pretty shaky. This whole thing seems suspiciously similar to Trump's "grab her by the pussy" tape that mysteriously "surfaced" about a month before the presidential election.

At this point I personally wouldn't be surprised to learn that the Washington Post forged the yearbook themselves and went around offering women $50 apiece to make a statement that Roy Moore molested them. Or maybe he actually does hit on high school girls, who knows. The main issue is that the whole thing is so obviously politically motivated that it really doesn't matter if the allegations are true or not; people are starting to realize that this kind of shit is just a manipulation tactic.

Most of the "outrage" over this is from the leftist media, liberals in other states, and Republicucks in Washington. Meanwhile if you find an article about this on a conservative news site and read the comments section, you'll notice that there is a lot of anger being directed at Democrats and the press for manipulating the narrative, and almost no discussion of the allegations at all. M

An anon the other day said that he was getting tired of winning and tired of salt. Too fucking bad. We're gonna get another win and another salt infusion in two days.

Alabama anons need to remember to go out and vote on Tuesday December 12.

The Swamp is terrified of Moore getting the seat. They've fallen back on trying to screech "child molestor, child molester! " as loud as they can to try and drown out the revelation that one of Moore's accusers wrote that yearbook inscription herself. 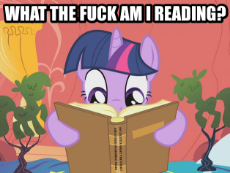 Swamp is already on damage control. Read this if you want a few keks; something tells me we're going to have a lot of salt to mine in 2018. 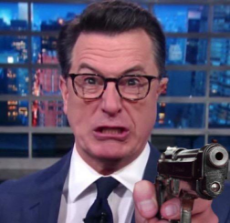 Irrespective of implications, Roy Moore will be less damaging than this atrocious tax bill, where many millions of workers not just in blue states will pay more in taxes- but most all of the richest will cash in. Democrats harping on wealth inequality are stirring a pot grounded at least partially in reality, and Paleo Republicans are doing all they can to deny that reality.

Roy Moore was unusual with his pursuit of younger women, but the same Paleo Repubs have consistently failed to contextualize Moore's background and stand to further alienate themselves from the common people only through their own tone-deaf elitism.

Aspects of this whole charade - like the yearbook signature not being shown in color but in black and white, the "DA" apparently also being inscribed along with the writing, Gloria Allred's altogether disreputable background, and the mall manager categorically refuting that Moore was banned from his mall for pursuing young women - all of these missed holes in the accusers' stories, and yet establishment Republicans continue their crusade against a man who, at least in net total form, represents the values and beliefs of the everyman in the countryside.

>taxing student grants, encouraging more low income childbirth
student aid has gotten out of control, we need to start curbing it. people should really be assuming the bulk of their education costs anyway; the fact that the government essentially has a policy of handing blank checks to 18 year olds with no money sense is part of why schools can get away with charging people thousands of dollars per semester to study bullshit SJW nonsense. As far as low income childbirth is concerned, I don't really see how this tax plan encourages it, but as I understand it the next thing Congress plans to tackle is entitlement reform, which will hopefully eliminate some of the spending on welfare programs and the like that are really what encourages low income people to have children.

>there is a serious income gap happening and automation will render it permanent
This has nothing to do with taxes. Also, I'm tired of hearing about the automation meme; AI is not replacing human labor anytime in the foreseeable future.
Anonymous
Tue, 12 Dec 2017 09:18:34 GMT
????
?
No.94415
>>94403
>How is taxing student grants,
I've had enough of hearing this fake news from whiny libshit college students that only listen to the Washington Compost and Vox. The tax bill isn't going to screw over grad students. If anything it's going to help them.

Before the tax bill both scholarships and tuition waivers weren't considered taxable income. A key difference is that with a tuition waiver the university can stipulate that the grad student must work like a slave as teaching or research assistants as a condition for receiving the waiver. In the case of a scholarship, the university isn't allowed to make such a stipulation as a prerequisite for receiving the benefit.

Under the new law the waivers are considered taxable income. To remain competitive for attracting the brightest students, Universities will simply reclassify their existing waivers as scholarships. They might need to sweeten the deal a bit to convince grad students to continue working as assistants, but most will continue doing that anyway because most are broke and will choose to take the work in order to receive a living stipend from the university.

https://archive.fo/8vvVt
Anonymous
Tue, 12 Dec 2017 15:11:06 GMT
????
?
No.94431
>>94403
>taxing student grants
too any worthless people pursue higher education over the skilled trades
>encouraging more low income childbirth
nope fake news, we're cutting entitlements so it'll encourage middle and working class childbirth meaning white
>smacking around high income tax middle class in liberal states
blue states aren't paying their share per person in taxes despite the politicians of these states pushing for higher taxes, I don't see what could be more wrong than liberals being exempt from the high taxes they've forced on everyone else. If they don't like it they should push for lower taxes on a state/local level
>Many good people live in California, NJ, etc., and are getting fleeced with this tax plan
I live in NJ you faggot, and phil murphy is threatening to raise my property taxes even higher, and he was going to get away with it because of the bullshit that is the salt deduction, you have no idea what you're talking about.
>but someone in their 50s/60s working to pay their retirement gets screwed
the state of the economy is due to their pensions and social securities anyway they can fucking die if it gets more young white people to have more children
>Why is this acceptable?
I already explained this. Cutting taxes is always good because it justifies cutting spending, which again justifies cutting taxes and so one, which shrinks the government. If we had a full fascist ethnostate and the government wasn't wasting all the money they get their hands on I might sing a different tune but the taxpayers (regardless of income level you filthy commie) deserve their money more than the government
Anonymous
Tue, 12 Dec 2017 22:00:15 GMT
????
?
No.94484
94485
democrats are cheating obiously
https://fellowshipoftheminds.com/2017/12/12/alabama-senate-election-citizen-reports-seeing-busloads-of-democrat-voters-brought-in-to-voting-stations/
but the polling was also probably rigged so I wonder if it'll be enough for them to win?
Anonymous
Tue, 12 Dec 2017 22:04:16 GMT
????
?
No.94485
94519
>>94484
We're gonna see a huge surge of Republican voters in about 2 hours as we get off work.
Anonymous
Wed, 13 Dec 2017 00:33:59 GMT
????
?
No.94519
>>94485
I just voted for Moore.

There were a few more black people there than expected, but it was overwhelming white men wearing ties that were coming home from work.
30 replies |  5 files |  1 UUIDs |  Archived
;
[Go to top] [Return] [Catalog] [Archive]