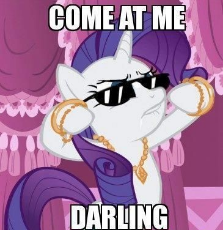 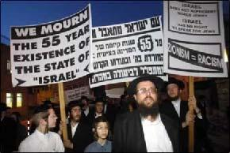 There are conspirators and the world is full of them. 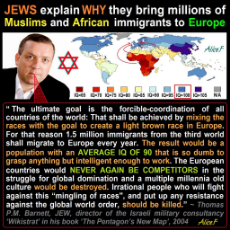 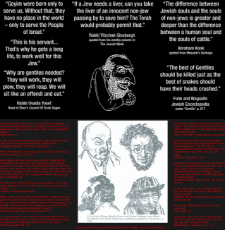 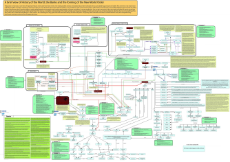 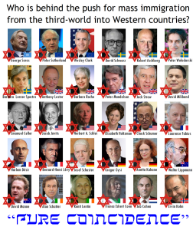 The immigration problem in Europe started when Russia started bombing in Syria. The Syrians flooded into Europe. The rest the poor countries threw away their papers and pretended to be Syrians, then they just stopped pretending.

Whilst some Jews may have had this plan, the circumstances had to arrive. Was Russia part of the Jews plan?
Anonymous
Sun, 19 Nov 2017 05:17:00 GMT
????
?
No.89261
>>89260
And the circumstances arrived because the West fucked around with Syria to start with.
Anonymous
Sun, 19 Nov 2017 06:35:16 GMT
????
?
No.89270
The Jews are racial supremacists. They are on principle as bad as the Nazis they abhor. In fact, they are worse because of their underhanded shadowy tactics and their insistence to dominate the world completely.

However, I think that the Holocaust was doomed to fail from the start. The problem with such a wide-brush "solution" is that the wealthy elites, who are precisely the culprits, will escape early while the vast majority of harmless deli-owners and doctors get the gas. In order to successfully eradicate the (((elite))) with such tactics you'd have to a) control the entire world, b) hunt down every individual, and c) make sure that they can't bide their time until they can infiltrate again.

This is why I'm against such statements as "there are no good Jews" and "they all need to be gassed." It is very much a self-absorbed, racialist, and hateful religion and members of it are responsible for the majority of the current world problems. However, a "final solution" necessary implies that, even if the majority are irredeemable scumbags, the ones who were simply indoctrinated by rabbis and the ones who actually abhor Judaism's role yet hide this sentiment (for obvious reasons) also get the bullet.

Oh, right, because they come from Israel, a closed-borders Jew city for Jews only.

Wish we white people got to have one of those. Wish our borders weren't flooded daily with illiterate barbarians on the orders of jewish politicians.
Anonymous
Wed, 13 Dec 2017 00:17:49 GMT
????
?
No.94517
>>89232
Why are they so afraid of historical investigations of World War 2?
Anonymous
Wed, 13 Dec 2017 20:34:02 GMT
????
?
No.94975
>>89232
Biology precedes Culture. It is it’s foubfatiin and origin, all cultures emerge from the living organism interacting with its surroundings. It can not be the other case with culture somehow creating biology that is nonsensical.
No culture must be downstream of biology.

So to blame the race, the biology, of the Jews for the cultures they create, Communism, Judaism, modern (((western society))), all of which are attested as being Jewish creations in this thread is the only sane response. One can not fight the cultures a race creates without fighting that race. It would be the most hollow of victories to destroy cultural Marxism or any other poison of the modern world if there remain Jews to concoct replacement and improved ideological weapons.
19 replies |  16 files |  1 UUIDs |  Archived
;
[Go to top] [Return] [Catalog] [Archive]