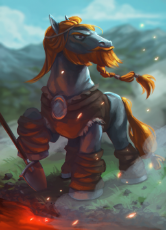 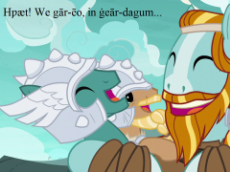 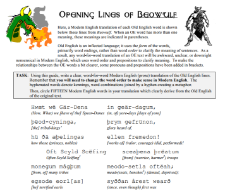 Anonymous
Sat, 18 Nov 2017 09:39:52 GMT
????
?
No.89047
We now know ponies spoke Old Ponish in ancient times. I, for one, wish to study and learn it. I've had a sort of fascination with Old English as of late, as I have been inexorably drawn to rediscover my roots and ancestry. The timing couldn't have been more perfect.

I wish to see a combined mlp community effort to build and define Old Ponish in the mold of ancient germanic, anglo-saxon, and nordic runic languages. There are others in the fandom already starting this task. Check out my second link below for the most well-formed group I have found so far for this.

Here is a short analysis on Old Ponish spoken in the show:


Here is a more in-depth analysis of Old Ponish, up to the beginnings of a standardized system for it: 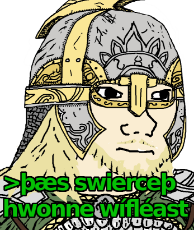 >>89167
Apparently there are a lot of the same root words when comparing old and modern English. I love studying the similarities and the etymology of them.