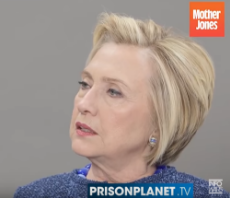 >>89026
She's scared, that's the key thing to take away from this. They all are. Something big is definitely about to go down. 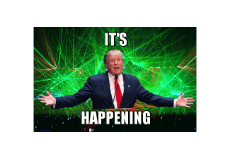 >An undercover FBI informant in the Russian nuclear industry who was made to sign an “illegal NDA” by former AG Loretta Lynch, claims to have video evidence showing Russian agents with briefcases full of bribe money related to the controversial Uranium One deal – according to The Hill investigative journalist John Solomon and Circa‘s Sara Carter.

>The informant, whose identity was revealed by Reuters as William D. Campbell, will testify before congress next week after the NDA which carried the threat of prison time was lifted. Campbell, originally misidentifed by Reuters as a lobbyist is actually a nuclear industry consultant who is currently battling cancer.

>As previously reported, Campbell was deeply embedded in the Russian nuclear industry where he gathered extensive evidence of a racketeering scheme involving bribes and kickbacks.

>Via John Solomon of The Hill:

>“both Attorney General Jeff Sessions in testimony last week and Deputy Attorney General Rod Rosenstein in a letter to the Senate last month tried to suggest there was no connection between Uranium One and the nuclear bribery case.Their argument was that the criminal charges weren’t filed until 2014, while the Committee of Foreign Investment in the United States (CFIUS) approval of the Uranium One sale occurred in October 2010.”

>THIS IS A LIE – which has rubbed several Congressional republicans the wrong way:

>“Attorney General Sessions seemed to say that the bribery, racketeering and money laundering offenses involving Tenex’s Vadim Mikerin occurred after the approval of the Uranium One deal by the Obama administration. But we know that the FBI’s confidential informant was actively compiling incriminating evidence as far back as 2009,” Rep. Ron DeSantis, (R-Fla.) told The Hill.
…
http://www.zerohedge.com/news/2017-11-21/journalist-sara-carter-destroys-doj-attempt-discredit-fbi-informant-and-stonewall-ur
Anonymous
Tue, 21 Nov 2017 11:24:56 GMT
????
?
No.89630
89636
>>89045
Do you know anything about this Q anon shit? I was on 4/pol/ and noticed those CBTS threads shutting up the place. I investigated and found that those threads are filled with the most blatant newfag middlage niggers that came from some retards posting about 4chink on Twitter and YouTube.
Was this a side effect or is Q some larp fest?
Anonymous
Tue, 21 Nov 2017 11:53:31 GMT
????
?
No.89636
>>89630
There is a whole background weird thing going on. many consider it a psyops or LARP. 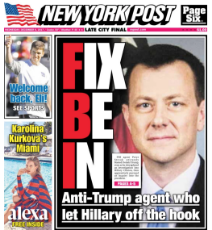