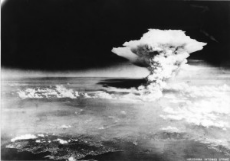 >Seventy-seven million people in North and South Korea find themselves directly in the line of fire from the threat of a Second Korean War. The rest of the world is recoiling in horror from the scale of civilian casualties such a war would cause and the unthinkable prospect that either side might actually use nuclear weapons.

>Since the first Korean War killed at least 20 percent of North Korea’s population and left the country in ruins, the U.S. has repeatedly failed to follow through on diplomacy to establish a lasting peace in Korea and has instead kept reverting to illegal and terrifying threats of war. Most significantly, the U.S. has waged a relentless propaganda campaign to discount North Korea’s legitimate defense concerns as it confronts the threat of a U.S. war machine that has only grown more dangerous since the last time it destroyed North Korea.

>The North has lived under this threat for 65 years and has watched Iraq and Libya destroyed after they gave up their nuclear weapons programs. When North Korea discovered a U.S. plan for a Second Korean War on South Korea’s military computer ( https://consortiumnews.com/2017/10/12/why-north-korea-wants-nuke-deterrence/ ) network in September 2016, its leaders quite rationally concluded that a viable nuclear deterrent is the only way to guarantee their country’s safety.

>What does it say about the role the U.S. is playing in the world that the only way North Korea’s leaders believe they can keep their own people safe is to develop weapons that could kill millions of Americans?

>The Changing Face of War

>The Second World War was the deadliest war ever fought, with at least 75 million people killed, about five times as many as in the First World War. When the slaughter ended in 1945, world leaders signed the United Nations Charter to try to ensure that that scale of mass killing and destruction would never happen again. The U.N. Charter is still in force, and it explicitly prohibits the threat or use of military force by any nation.

>It was not just the scale of the slaughter that shocked the world’s leaders into that brief moment of sanity in 1945. It was also the identities of the dead. Two-thirds of the people killed in the Second World War were civilians, a drastic change from the First World War, only a few decades earlier, when an estimated 86 percent of the people killed were uniformed combatants. The use of nuclear weapons by the United States raised the specter that future wars could kill an exponentially greater numbers of civilians, or even end human civilization altogether.

But the signs seem to be that China is not a part of the deep stuff, so why is China letting this threat happen? If China threatened to cut trade with NK they would stop this immediately.

>>89128
>>89135
Anonymous
Mon, 20 Nov 2017 01:56:51 GMT
????
?
No.89372
>>89135
The reality of china is that they have partially ousted their bolshevik overlords while further entrenching judeo-communistic-capitalism as a way of life. Living proof of this comes in the form of "The Beautiful Lie", a purely talmudic belief that, if you lie and don't get caught, you are "beautiful", but if you lie and get caught, you cry victimhood complexes. Most of chinkland's debt is owned by the Russian oligarchs who themselves are wary of jewish interests, while enough of the US debt is owned by china to prevent the yuan from inflating or deflating. In essence, china and Russia are playing the little fiddle for the other two while the US is getting fucked on all sides. 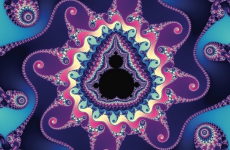 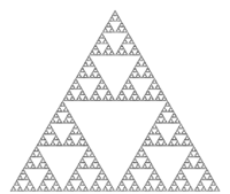 The cycle aslo is not just a basic flip/flop there are much larger versions of the same, according to MA, see pic.

>The Industrial Revolution was the transition to new manufacturing processes in the period from about 1760 to sometime between 1820 and 1840.

This makes more sense. MA's 309year cycle seems to indicate that the Industrial Revolution rise will reached it's end point soon and we are changing to something else. Perhaps industrialisation will finally have reached the point where we can live less like work slaves?