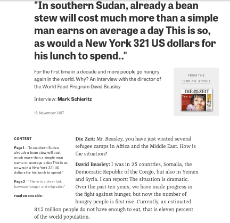 >Back in 2015, at the height of Angela Merkel's "open door" admission policy which in addition to granting German entry to over 1 million refugees, many of whom turned out to be radical jihadists and sent her approval rating crashing to the lowest in her career, the German chancellor realized that the great migration wave from the middle east into Central Europe, originally meant to reinvigorate Europe's aging demographics (and prompted Deutsche Bank to even boost its German GDP forecast), maybe was not such a great idea, and was just not worth the risks and trade offs.

>And while in the subsequent two years Germany in particular, and Central Europe in general managed to avoid another mass migration wave with most refugees gated either in Turkey or Italy, a second wave of migration into Europe now may be imminent as the situation in refugee camps in Africa and the Middle East is only getting worse, the head of the UN World Food Programme said. He added there is a clear link between hunger and migration.

>“We paid a heavy price for this mistake and I'm afraid we're about to make it once again,” Beasley believes. According to the UN food chief, while many asylum seekers wanted to stay in their home region, the lack of food has driven them away. “If they don’t have enough food, they will leave. And many of them would go to Europe,” Beasley said. 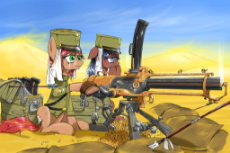 Afrika seems to become much more of a mess everyday. 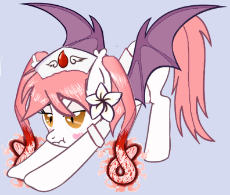 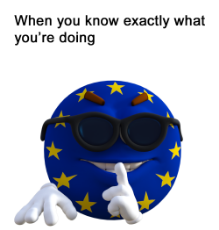 Anonymous
Sat, 18 Nov 2017 06:26:16 GMT
????
?
No.89038
89043 89176
Only solution on the problems in Africa is if White Men is put in power. Other than that close the borders and let them starve in their own doing.
Anonymous
Sat, 18 Nov 2017 09:17:24 GMT
????
?
No.89043
89053 89176
>>89038
You can't win with Africa one way or the other, especially with leftists in charge of most first world governments. If we move in and take charge and try to fix their mess, we're evil imperialists. If we leave them alone to starve and die of plague, we're heartless racists. If we import all of them into our cities, give them food and medicine, and tell our police to look the other way while they loot and riot and destroy everything and probably infect us with their damn plague in the process, we're evil racists with plague. There is literally nothing white people can do for Africa that isn't an exercise in pointlessness.
Anonymous
Sat, 18 Nov 2017 10:05:53 GMT
????
?
No.89053
89060 89176
>>89043
Tbh it was a mistake to try to bring civilization to Africa. Think about the physical and psychological aspects of Africans. Their bodies have fast-twitch muscle, better suited for hunting and raids (as opposed to Caucasians, who have slow-twitch muscles for a full day of work). Their culture is tribal, which is helpful on the savanna as tightknit group loyalty is useful to affirm the group's dominance. Despite this, they will tend to flee early when things are going south: in raid warfare it's about gains rather than losses, and unlike in conventional warfare fighting to the death is pointless. Their distrust of science and love of witchcraft is founded upon thousands of years of lack of science, relying instead on rituals to cement group morale and act as a placebo. Also, science and "progress" as we know it is possible only with agriculture, writing, and education, all things which the majority of Africans lacked until colonization. 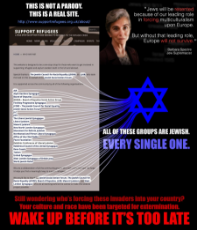 The Zionists' goal is to destroy the existing cultures of Europe so the Zionists can replace them with a race-mixed worship of consumption and debt-money. The only thing that will stop the onslaught is for Europe to wake up and start fighting back.

We'll see whether this is possible or if the Titanic is already lost.
Anonymous
Sat, 18 Nov 2017 23:32:00 GMT
????
?
No.89170
89176
>>89060
I've seen similar stories elsewhere. The other story also focused on the lack of cause and effect and lack of concept of future. This explains why, it is communism. Why produce when everyone will take? One of the best arguments I have seen for capitalism.

>>89170
>that cold north Europe made white people
Clearly there's little survival selection pressure for cooperation and planning in Africa. It's understandable that the people there never evolved the ability.

A flock of sheep must learn that a predator is not, and can never be, part of the flock.