Anonymous
Wed, 15 Nov 2017 18:07:47 GMT
????
?
No.88559
88570
Despite how terminally flooded with shills 4Chan is, the legendary autists have done it again. After redpilling normies on how their race is unacceptable, now we'll show them that even their "civic pride" is considered worthless.

What to do: we're going to act like disgusting cucks. So disgusting, that even left-leaning diversity lovers will throw up. First thing is to sign this petition: https://secure.avaaz.org/en/petition/Prime_Minister_of_Sweden_Stefan_Lofven_To_the_Swedish_government_Please_consider_changing_offensive_national_flag/

Post this petition on social media and spread it around. Lavish unctuous appeals to diversity and political correctness. Get the Left and the mudslimes to pick up this despicable horror of a flag and let them run with it until even blue-pilled normies cringe in disgust.

Most likely the media will take the bait as they did for "It's Okay to be White," except this time it's less of a loaded statement and more of a fake movement. Our primary target will be SJWs and Muslims; if they make themselves heard in Stockholm it will be a wakeup call to the whole world. 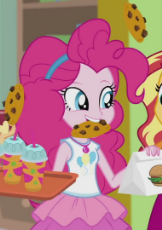 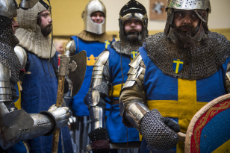 >>88718
>>88645
Sweden wouldn't be any deader than it is now. If anything, it would galvanize people to join the Right across Europe as it would prove that Islam is a force of conversion and conquest. The "old" Swedish flag would also become a political symbol of protest. SJWs and Muslims would suddenly be a valid target as they would be threatening actors, not "passive" residents.

Flags have changed before. There is nothing the 10th Crusade won't solve.

Memeing a "strawman" movement out of this will be a cakewalk compared to the US election or "It's OK to be White." There's no deadline either, so it's something we can build up over months to simulate an actual cause.
Anonymous
Thu, 16 Nov 2017 15:23:19 GMT
????
?
No.88729
88730
The only problem is media outlets read 4chan so they'll see this a mile off. Not to mention the dumb fucks 1. Can't decide on a design to push 2. Keep making images for threads that explain the fucking plan. 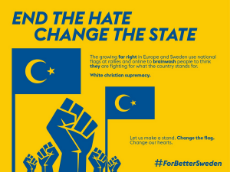 >>88729
Yeah, that's the problem. Notice how void the Swedistan threads are of shills? They're being monitored, analyzed, and recorded.

The amateurs gave themselves away anyway by having obvious troll signatory names on the petition.

One way to save it would be to infiltrate Muslim advocacy groups in Sweden and convince them to push the measure irl. However, I doubt we have a single Swede anon on this board, let alone a team that is capable of pulling off such a ruse.

Interpret this as a call to pick up 4Chan's slack. We've still got a meme war to win and can't afford to be uncreative. Our strengths are relative anonymity on the internet and horsepussy to scare away any shills who do stop by. 4Chan is a real-life celebrity now, but if we're the ones to start a false-flag movement we could get it to take off while making it look genuine.
Anonymous
Thu, 16 Nov 2017 18:01:03 GMT
????
?
No.88731
Don't hate the player. Hate the game son. 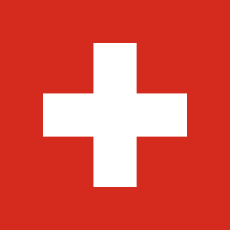 You guys are LARPing, r-right??

>An immigrant group based in Bern has called for the emblematic white cross to be removed from the Swiss national flag because as a Christian symbol it "no longer corresponds to today's multicultural Switzerland."

>Ivica Petrusic, the vice president of [email protected] Plus, a lobbying group that represents mostly Muslim second-generation foreigners in Switzerland (who colloquially are known as secondos) says the group will launch a nationwide campaign in October to ask Swiss citizens to consider adopting a flag that is less offensive to Muslim immigrants. 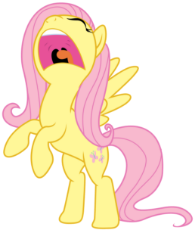 >>89163
UGH! One time they use 4Chan's own tactics against it when it's at its weakest and they rub their "moral superiority" in our faces. I'm sorry, everyone, for propagating this hoax. I wanted to help out in the meme war but I'm still too much of a newb to distinguish a fake operation.

The fake "anon" even had a Nazi flag (for maximum edginess and to make us think he was a disaffected veteran /pol/ack), had a pic we would have used, and talked in the same particular vernacular. I still feel so stupid, as the lack of shills on the thread yet sudden appearance of Swedeanons should have been a dead giveaway.

I'm now completely of the belief 4Chan's beyond saving. Shills flood the board, anyone who isn't a shill is closely monitored, and false-flags keep us from any level of trust with fellow anons. 4Chan was great because it was a secluded corner of the internet where misfits could gather and be truly anonymous; barely anyone outside the group knew of its existence and so anons could strike with surprise and impunity. After the election, though, 4Chan disclosed itself to the world, saving America but ultimately sacrificing itself. The last big victory was "It's OK to be white."

This "Operation" was niggling at me for one reason the IOTBW was happening while the Left was loosing. It goes with the trend/cycle. This "Op" meddles in a trend/cycle that is where the West is still in decline. The energy added goes towards the West's decline and not it's revitalisation. 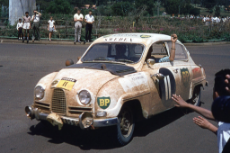 >>88718
>It is sad that Sweden has fallen this far
Yes, but at this point it's too late - the normies will hear all the crying about Sweden as… 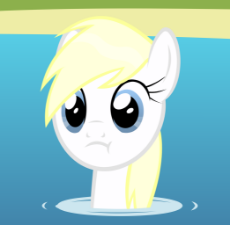 Ah well, would've been interesting to see it actually do anything, though I think we need to focus on more subtle attacks. You're not really going to get anywhere by painting Muslims as racist - the left just don't care. They are moral hypocrites.
Anonymous
Wed, 22 Nov 2017 09:37:23 GMT
????
?
No.89815
In my expert opinion, it was just Reddit being stupid. They hear legends of le epic internet hate machine, show up thinking they can put a plan into action and get results.
The guy who reported on it literally wrote a fucking book on "the alt right" so it's not especially surprising he monitors 4chan, he didn't even publish an article until a week or 2 into the """op"""

Seen absolutely no compelling evidence to say that the writer of the article fabricated the plan, why would he even need to? He clearly browses /pol/ for a living, theres plenty of failed plans for him to write about without making one up himself.
More likely shills invaded after they were made aware of the article and tried to trigger people by pretending they'd been puppeted. There were numerous threads demanding "revenge" ranging from doxxing him, to emailing him fucking child porn. If you spoke out against doing something retarded like that, and voiced suspicions that these people were shilling to goad us into fucking up, and probably launching this guys career by allowing him to write a follow up book on how the evil alt-right attacked him for reporting on them, you'd be called the shill. It died down withing hours and pretty soon there were no more threads demanding "revenge" and in what few threads still talked about him suddenly the overwhelming majority of people opposed retaliating, because they quite rightly pointed out we hadn't fucking lost anything. The mainstream media btfos itself any time they acknowledge us so the article was a win from the beginning.