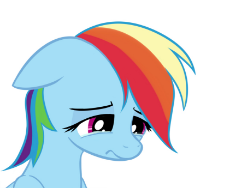 Anonymous
Wed, 15 Nov 2017 02:30:46 GMT
????
?
No.88375
88379 88388 88390
Here in the US, the pendulum is turning. The election of Donald Trump has caused a resurgence in nationalism in the population and the people now look to improve their nation instead of being in others. The left is absolutely terrified and is on panic attack mode. The mainstream media and the works do absolutely everything they can to bash Trump and the right like the panicked animal giving it's last fight before the end and cause of this, more and more people are seeing who they truly are and don't fall for their shit anymore. Sure there are still plenty of leftists here but they are frightened, they never expected the win of Trump and nationalism and they are still running around wildly because they don't know how to recover a devastating loss like this.

Even in Eastern Europe, nations like Poland do what they can to defy the EU. After suffering for half a century from communism, they know what evil the leftist ideology truly is and they do not want to suffer through that hell again.

However it seems Western Europe is just too much into the leftist ideologies to be saved. Nations like Britain, France, Spain, and so many others that were empires of culture, enlightenment, traditionalism, and so many other grand achievements have all forgotten what they once were. Seeing them welcome in more muslims migrants, which by the way some of these nations fought crusades in response to the muslims invasions in the medieval era, and giving them welfare and privileges over their own citizens makes me sick. The socialist policies they push to further control and watch the populace is scary and the even more scariest thing is, the people don't even care. They are too busy watching football, talking to each other on social media while swallowing (((their))) propaganda, virtue signaling each other all the time and so much, much more. Hell with all the deaths of violent muslim terrorist attacks and all the lives lost, they don't even care! All they do is post shit like #NotAllMuslims and criticize anyone who even slightly connects the links between islam and terror attacks. The people who do have a brain and see what is happening to their once glorious nations are just depressed. They see as their nations die not with a glorious bang but rather a quiet whimpering, something that people in those nations just 100 years ago would have never imagined.

Is there any saving these people from oblivion? They are so brainwashed anything that remotely promotes national pride scares them. Hell in some of these countries its illegal to wave their nation's flags. Its a shame to see these great empires who shaped the world and brought civilization worldwide just to fall so quietly and cowardly. Leftist ideology must be one hell of a sleeping pill cause nothing will wake these people up and the accomplishments their ancestors made just fly in the dust to be forgotten. I can't imagine what their ancestors must be thinking right now, it shames me to no end.
Anonymous
Wed, 15 Nov 2017 02:43:04 GMT
????
?
No.88379
>>88375
The only thing we can do is crashing this shit down with no survivors, western European society it's too corrupted and degenerated to be saved, we can only rebuild it and prevent this from happening again.
Anonymous
Wed, 15 Nov 2017 02:55:30 GMT
????
?
No.88383
The black pill is just another blue pill.
Anonymous
Wed, 15 Nov 2017 03:07:13 GMT
????
?
No.88388
>>88375
Nature will teach them, anon. Freedom means, you are allowed to make bad choices and have the resulting consequences teach you a lesson. 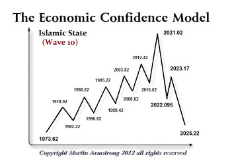 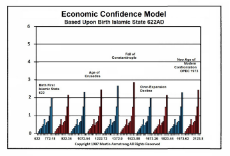 Understand where you are in the cycle. Raindrops can't control the ocean waves. But you can get out of the way of the waves by using your intellect. Your emotions are the wave controlling you. Stop doing that :)