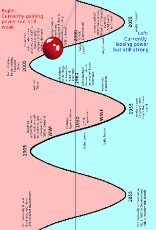 Anonymous
Tue, 14 Nov 2017 20:18:47 GMT
????
?
No.88215
88228
>The vote for Brexit and the election of Donald Trump has baffled the main stream and the establishment. Most market participants and observers didn't believe ex ante that they were possible, and as a result were completely surprised when the unexpected happened. Ever since the term populism has become socio-politically relevant in modern-day public discourse. Google Trends illustrates that there was a veritable explosion in search queries for the term “populism” last year.

>But, populism — regardless of its political flavor — merely represents a symptom. The generally surprising results were consequences of the economical erosion of the past years. Although there are idiosyncrasies in every country that foster the rise of populist movements, the ailing foundation of the economy provides the fertile soil and is the major driver of people's dissatisfaction and the associated voting decisions. To assert that populism is the reason for this process of political change is in our opinion far too simplistic. An analysis of stating that economic erosion is responsible for the rise in populism is supported by by a McKinsey study, which examines the trend in real household incomes in 25 industrialized nations.1 McKinsey arrived at the striking conclusion that real incomes of 65 to 70 percent of households in developed countries either stagnated or even declined between 2005 and 2014. The following chart illustrates the trend in household incomes in selected countries. (The y axis shows the percentage of households with stagnating or declining income between 2005 and 2014)

>The momentousness of this study becomes obvious when considering that the object under review are 25 industrialized countries with a population of more than 800 million people, generating 50 percent of global GDP.

>Moreover, numerous studies show that the opportunities and expectations of coming generations to earn more than their parents have worsened significantly. While the probability that members of the baby boomer generation would earn more than their parents was 62%, this probability has declined to 50% for generations born since 1980.2 Income equality has deteriorated dramatically over time as well. The share of national income earned by the bottom 90% of the US population has decreased from 66% in 1980 to 50% today.3 Contrary to the picture painted by numerous macroeconomic statistics, the economic situation is apparently not as bright as it is often portrayed.

>What cannot be quantified by statistical aggregates is the cause of the economic erosion suffered by the middle class, which can ultimately be traced back to our monetary system. The low interest rate environment orchestrated by central banks has not only failed to solve our economic problems, but is – in keeping with the business cycle theory developed by Mises and Hayek – the very cause of the business cycle. 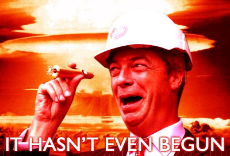 >boomers are […] participating less
>void left
They have more than filled that void with immigrants, and now they're just wondering why it's not working. The /amount/ of workers is not the problem.


Both you and they are full of manure. Have you ever actually read what you write down?
>Oh noez! There's no growth!
You implicitly call this problematic between the lines, and then even go on to refute yourself by adding a picture of a bloody pendulum. These are two wrongs that don't make a right.

Growth isn't free. Calling a growing economy prosperous is what jews do, your growth comes from somewhere and it ain't the sun. It was growth that had the common grazed bare, and with a bare common all that awaits you is economic collapse.

Call this inevitable and you doom your society to eternal turmoil. 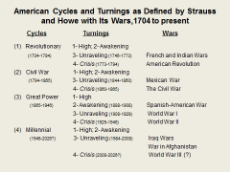 THE UNBEARABLE SLOWNESS OF FOURTH TURNINGS
Authored by Jim Quinn:

>“The next Fourth Turning is due to begin shortly after the new millennium, midway through the Oh-Oh decade. Around the year 2005, a sudden spark will catalyze a Crisis mood. Remnants of the old social order will disintegrate. Political and economic trust will implode. Real hardship will beset the land, with severe distress that could involve questions of class, race, nation and empire. The very survival of the nation will feel at stake. Sometime before the year 2025, America will pass through a great gate in history, commensurate with the American Revolution, Civil War, and twin emergencies of the Great Depression and World War II.”
– Strauss & Howe – The Fourth Turning

This Fourth Turning was ignited suddenly in September 2008 as the housing bubble, created by the Federal Reserve and their criminal puppeteer owners on Wall Street, collapsed, revealing the greatest control fraud in world history. A crisis mood was catalyzed as the stock market dropped 50%, unemployment surged to highs not seen since 1981, foreclosures exploded, and captured politicians bailed out the criminal bankers with the tax dollars of the victims.

The mood of the country darkened immediately as average Americans flooded their congressmen’s websites and phone lines with a demand not to bailout the felonious Wall Street banks with $700 billion of TARP. But they ignored their supposed constituents and revealed who they are truly beholden to.

Trust in the political and financial system disintegrated and has further deteriorated as the ruling elite continue to loot and pillage as if the 2008/2009 global financial meltdown never happened. From the perspective of the archaic social order there is no longer a crisis. The recovery narrative, flogged ceaselessly by the crooked establishment and their propaganda fake news corporate media mouthpieces, has convinced millions of willfully ignorant Americans progress is occurring.

Could they be right? Is the Crisis over? Has this Fourth Turning been managed to a successful conclusion by central bankers issuing tens of trillions in debt, politicians spending tens of trillions supplied by taxpayers, bankers rigging financial markets, and consumers leveraging up to maintain their lifestyles? Has the exiting corrupt social order successfully retained their power, control and influence over the masses by manipulating the levers of society and fending off their demise? Have they already won?

This Fourth Turning just passed its ninth anniversary. The Civil War Fourth Turning lasted only five years, but that was because it was accelerated, with an enormous amount of bloodshed crammed into a short time frame. The American Revolution Crisis lasted twenty one years. The Great Depression/World War II Crisis lasted seventeen years. All three prior American Fourth Turnings ended with an all-out decisive war, with clear victors and vanquished.

Based on historical precedent, this Fourth Turning shouldn’t reach its resolution until the mid-2020’s, with a major global conflict on the near term horizon. Those who understand that something wicked this way comes are frustrated by the apparent slowness of the progression. They shouldn’t be too anxious for an acceleration.

I disagree with the claimed initiator here but the rest, based on https://en.wikipedia.org/wiki/Strauss%E2%80%93Howe_generational_theory is valid enough. The 4th Turning of the "Strauss–Howe generational theory" has realised the cycles existence, but again doesn't suggest the root cause.
Anonymous
Tue, 14 Nov 2017 23:46:39 GMT
????
?
No.88259
As nice as it is to think that the world is fair and just and the leftist bullshit will fall in upon itself if we all sit back and watch, that isn't the case.

It's becoming popular to be white, to be reasonable, to be sane in a world of idiotic SJW antifa tards, and only the brainwashed think otherwise. Those brainwashed probably can't be saved, but those less brainwashed can be made to laugh at the brainwashed. Even if you can't make them join your side, you can keep them from joining the side of evil.

However, remember tumblr. It created the largest SJW hives on the planet by taking "Nerdy women", and turning them from underage homestuck/superwholock fans into SJW cancer. Expose someone to hate long enough, and he'll learn to hate. Repeat a lie often enough, and it starts to seem like the truth.

The leftist's grip on the world is loosening, yes, but that is something the new right (or old right, call it whatever you want) is fighting for every day when it redpills normies, spreading memes and truth bombs and redpills while countering typical liberal smugness with true-hearted nationalist hearty laughter.

Tumblr took blackpilled wimmins too ugly/stupid/childish/"wacky"/weak to fit into regular society and molded them into SJWs, their own weaponized useful idiots. An evil act, to be certain. Yet it produced the loudest breed of feminist yet, weaponizing its own thin skin and perpetual dysphoria and dissatisfaction with its own life against whoever it may be pointed at.

Let us do good. Let us redpill people in unexpected ways and in unexpected places. Gamers are already easily-redpilled on the topic of SJWs pushing their bullshit into the gaming industry, feminist diversity-hires ruining companies from within, and good old Gamergate, when gamers critcized the fake news gaming media and were slandered by fake news for it. The common man no longer goes to political discussion sites, he lives in bubbles where only his interests matter, be they Skyrim or Sonic or Mario. Make a meme that holds an easily-digested entry-level red pill and post it on a fandom's site or forum, and talk to anyone that asks questions about the joke in PMs.

For example, I recently took E;R's cool little segment on gender, and put it into a "City escape except every time it says city X plays 20% faster" meme. You can spread this on any Sonic site, and you won't raise any red flags but you will sow the seeds of truth and knowledge on the gender topic into the minds of all who watch it, especially the kids. Spread this video on every small sonic website you can. Kids need to be protected from the SJW bullshit, and redpilling normies into becoming people that'd accept an end to its normalization is the best way to do it. https://www.youtube.com/watch?v=tP2CVqgy-uw
6 replies |  4 files |  1 UUIDs |  Archived
;
[Go to top] [Return] [Catalog] [Archive]