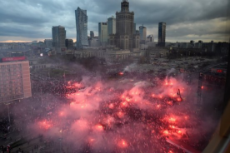 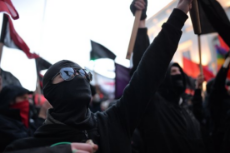 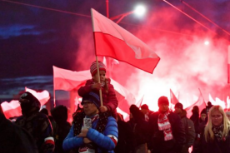 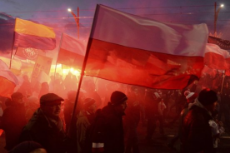 WARSAW—Tens of thousands of Poles marched across downtown Warsaw on Saturday, in an independence-day procession organized by a nationalist youth movement that seeks an ethnically pure Poland with fewer Jews or Muslims.
The largely young crowd shot off roman candles and many chanted “fatherland,” carrying banners that read “White Europe,” “Europe Will Be White” and “Clean Blood.” Some of the marchers flew in from Hungary, Slovakia and Spain and waved flags and symbols that those countries used during their wartime collaboration with Nazi Germany. 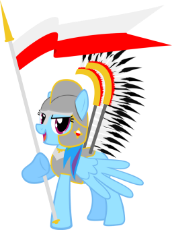 >>88065
>mfw Poland saves Europe once again from the Islamic horde

>A diplomat spat has developed between Berlin and Warsaw after the Germany Defense Minister said that her country should support the “democratic resistance of the young generation” in Poland.

>This scandalous remark from Germany’s top military official immediately led to a strong rebuke from all levels of the Polish government, which rightly interpreted her statement as an implied threat to aid the Soros-linked Color Revolutionaries in their quest to carry out a regime change in the Central European country. As an overly simplified backgrounder, the ruling Law & Justice conservative party has been working to cleanse Poland’s permanent bureaucracy, or “deep state”, of the holdovers that their Civil Platform liberal predecessors had hurriedly stacked into government in a last-ditch attempt to derail their opponents’ legislative agenda until the next election. This is very similar to what the Democrats have been doing against Trump, but it’s just that PiS, which is the Polish abbreviation that the Law & Justice party is popularly known by, has been comparatively more successful than their allied American counterpart, hence why there’s been a proportionate increase in foreign support to the Color Revolution movement in response.

>>88065
Wow that far away shot really gives scale of how many they are there. I bet a lot of media won't show that though.

I wonder if they would of allowed some Brits to join them waving the BUF's flag? I mean they weren't ever a proper elected party but Mosley had talked with other Fascists… Plus their logo is amazing. 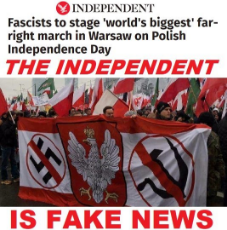 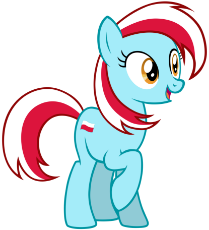 >>88090
Based Poles are right-wing nationalists and can be best represented by Korwin, who is a monarchist capitalist. They abhor communism and the communism-lite that the EU represents. They hate Nazism as well (most people are ignorant of the good relations Germany and Poland used to have until a certain diplomat messed it up), less for ideological reasons than for how it represents German domination over Poland, past or present. Poles are the most religious Catholic country in Europe and they will be the ones leading a crusade.

It's hilarious to see mudslimes throw hysteric fits over headlines like "calls for a holocaust of Muslims." Maybe it'll scare them from coming to Europe.

If we're lucky we might see the rise of a firmly right-wing regime in Poland similar to Dollfuss's Austro-fascism.
Anonymous
Wed, 15 Nov 2017 01:01:30 GMT
????
?
No.88277
88311
>>88092
>>88100
>>88270
I like natsoc and all, but when the left goes on about the polish being nazis they're simply incorrect no need to repeat their mistake. We are a board of truth and the fact of the matter is that the marchers in poland believe in nationalist and capitalism, not national socialism
Anonymous
Wed, 15 Nov 2017 01:20:55 GMT
????
?
No.88311
>>88277
In honest respect, looking deeper into the Wall Street article, the event was hosted by two essentially crypto-fascist organisations. The Radical Camp (which is the successor of a a fascist pre-war political movement based around Italian fascism) and the All-Polish Youth Group, a wing of the National Movement Party, which according to the wiki's look on their economics is stated as:
"According to the RN, it is possible to combine a wide range of economic freedoms with constructive approach to the state, furnished on the basis of the principles of thrift and subsidiarity."
So, corporatist? It's vague. And, that's all most explicitly nationalist parties are, so I will tell you that economics barely play a part here. It doesn't matter in this march, and there's no reasons to split hairs. Which is why I summed it up as "a mess." Korwin doesn't seem to be an element here by the way. Also, if you care about optics, they have already been thrown out the window here. And, it works!
Anonymous
Wed, 15 Nov 2017 03:33:25 GMT
????
?
No.88399
71% of People in Poland Want to Ban Muslim Immigration
Posted Jun 7, 2017 by Martin Armstrong


>The only way to protect Poland from Islamic terror attacks is to not allow Muslims to migrate en masse, which is now the view of 71% of the people. This is becoming the major issue in Poland and is at its core dispute with Brussels. When it comes to reducing the chances of Poland being hit by Islamic terror attacks, the overwhelming consensus is to simply ban Muslim migrants for the so called Syrian refugee crisis.

>The most amazing thing is Brussels takes the position of accept refugees or get out of the EU. Poland still has its own currency. For its own survival, it should link with the USA and exit the EU. Many American banks and companies have moved their back-offices to Poland. They have far more to gain with a trade relationship with the USA than with the EU. 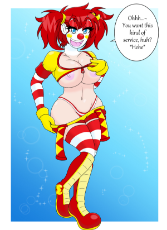 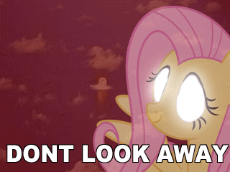 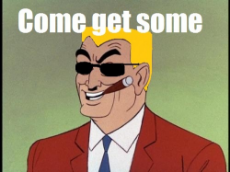 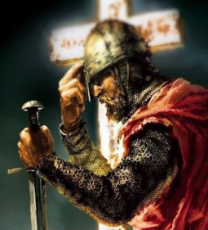