>Germany and France are leading the charge for a new defence union, which aims to cement EU unity after Brexit.

>The campaign for a European defence union stretches back to the 1950s, although the movement has stuttered in the decades since.

>But EU officials are now celebrating as progress accelerates with the support of Brussels chiefs Jean-Claude Juncker, Guy Verhofstadt and Michel Barnier.

>One unnamed official quoted by Reuters news agency said today: “We've never come this far before. We are in a new situation.”

>EU foreign and defence ministers signed the new pact at around 10.30am GMT. EU leaders will then officially back it next month to make it EU law.

>Federica Mogherini emphasised the importance of today’s agreement this morning.

>The EU’s High Representative for Foreign Affairs and Security said: “It’s going to be quite a historic day today for European defence."

>Germany’s parliamentary defense commissioner, Hans-Peter Bartels, has renewed calls for a joint EU army amid concerns about the reliability of the NATO alliance and disorganization and fragmentation of national defense structures.

>Speaking to the German Press Agency on Monday, Hans-Peter Bartels, the Germany Parliamentary Commissioner for the Armed Forces, called on the 28-nation bloc’s militaries to unite into a single armed force. 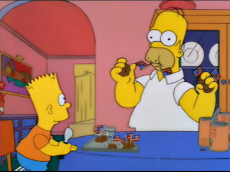 I honestly never expected this to happen. On one hand this is bad since i do not support the neomarxist leaning on the EU. On the other hand, It could help to change the actual ideology of the EU towards somethign more preferable. I said that In a similar thread and say it again, should the EU stay stable or fall apart, i do think that a war will be happening in some close time window. Or perhaps an escalating civil war. Even like the police crackdowns in Catalonia are just the foreplay.
Anonymous
Wed, 15 Nov 2017 09:34:55 GMT
????
?
No.88504
>>88502
It's like the escalation of the French police state. They are only moves to maintain a sembleance of control in reaction to an ever growing resistance. To the feeble, it's securty. To those in the know, it's a threat.
Anonymous
Wed, 15 Nov 2017 15:35:41 GMT
????
?
No.88535
>>88502
Europe will have 4 separate types of conflicts. Conflict with the Islamic minorities seeking autonomy in there host countries. Conflicts between 2 native cultures in the same states. Conflict with a Russia wanting it's power and prestige back. Finally, a conflict between EU and non-EU. This will be an interesting century.
Anonymous
Wed, 15 Nov 2017 17:25:14 GMT
????
?
No.88551
88558
This essentially puts an end to the idea of a peaceful breakup of the EU and brings to the forefront a violent breakup. The disadvantage of a relatively localized army (for the rulers) is that soldiers will be generally unwilling to kill their own people and neighbors. German troops in Greece and Spanish troops in Poland, though, have less of a connection and will do what they're told.
Anonymous
Wed, 15 Nov 2017 17:43:42 GMT
????
?
No.88558
88591
>>88551
>Spanish troops in Poland
>Implying Spain isn't going to be busy dealing with Catalonia.
Anonymous
Wed, 15 Nov 2017 19:35:19 GMT
????
?
No.88591
>>88558
Catalonia is an interesting take on geo-realpolitik. They're in an oddly prime position to leverage themselves out of being continually screwed by the kike-cucked leadership of Spain, and if a revolution does happen there, it will place immense pressure on (((them))) to keep the situation under control. Poland is completely fucked though.
Anonymous
Thu, 16 Nov 2017 22:26:09 GMT
????
?
No.88770
EU Creates New Defense Pact to Reduce Dependence on US

>The EU on Nov.13 officially launched a new era in defense cooperation with a program of joint military investment in equipment, research and development, known as permanent structured cooperation, or PESCO. Foreign and defense ministers gathered at a signing ceremony in Brussels to represent 23 EU governments joining the pact, which is to become legally binding when signed by heads of state at EU summit in mid-December. With so many ministers signing, approval seems a given. From now on, the EU will have a more coherent role in tackling international crises, while reducing the reliance on the United States.

>The UK, which is scheduled to leave the EU in 2019, is not part of PESCO. Until Brexit, London had opposed the idea of European Defense Union or European Army, saying it would undermine NATO and the UK alliance with the US. Denmark, which has a special opt-out status, is not expected to participate. Ireland, Portugal and Malta are still undecided whether or not to join.