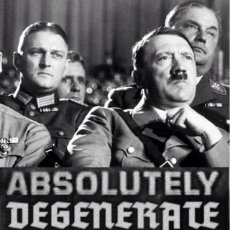 The second is inevitable. Moderates/normies/alt-lite think they can just fix society's problems by electing the right leaders but it's far too late for that. Society has been so badly corrupted that it must be torn asunder so that a new one can grow. It is impossible for this to happen without collapse and unrest as the ruling elite and even the majority resists change. It has to get bad enough that most people will be willing to reform their lives and restructure society for a better future.