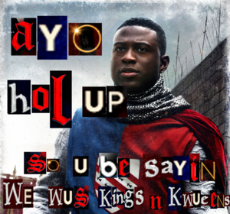 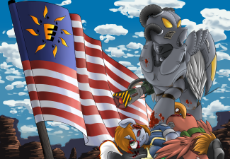 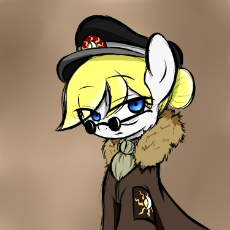 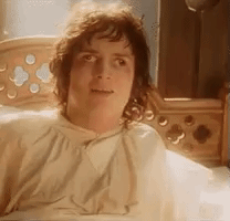 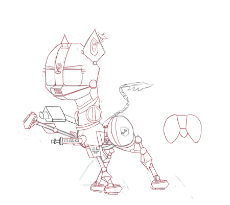 I have heard that the current main character was a faggot but this information kills any leftover desire i could ever have to even take a glimpse at this work, unless MLPOL rewrites it with in ideological overhaul. that said, i never cared for this game franchise whatsoever, there are better ones as far as background lore is concerned.
Anonymous
Tue, 14 Nov 2017 00:08:31 GMT
????
?
No.88026
88039
>>87841
FNV proved 3d can be done well.
>>87785
>>87861
Funny you should say that… it'd be quite easy to give this an ideological overhaul.

Basically, the war was MLP VS Zebrica, here filling the role of Communist China from Fallout because NOTHING IN THIS FIC IS ORIGINAL. Zebra "Pirates" kidnapped a bunch of ponies, the Wonderbolts were sent in, and they were killed while saving everyone. War broke out between the two nations, then Littlehorn happened. A school of foals was massacred by Zebra soldiers. Ziggers called this justified because some Zigger refugees trying to sneak across the border to freedom or something got shot dead.

Saddened, Celestia stepped down, unable to deal with this shit. Luna took the helm, Zigs went "Oh shit, Nightmare Moon's in power! She's going to kill us with the stars, which are actually eldritch abominations subtly implied to be aliens!" and fired the nukes.

Did I mention nukes? FLUTTERSHY GAVE THE ZIGGERS NUKES.

She gave Ziggeria and Equestria Megaspells, nukes you can put a spell into to turn the spell into a nuke that uses the spell (Like Balefire, which is like nuclear flame only visible usually) on a wide area. She designed them to fire healing spells because she thought nopony could fight if the whole world was able to heal each other. Idiot.

A nationalist Unicorn rebuilding the fuck out of the Wasteland and genociding Ziggers… that'd be easy to write and justify in-universe.

In this setting, the CMC created Stable-Tec, so every "Stable"(Vault) that went to shit is due to genuine fuckups rather than malicious experiments. Usually. She programmed the one that housed the rich canterlot fucks, who she blamed for the war (for some reason?) to never open. I think. It's been years since I slogged through this.
Anonymous
Tue, 14 Nov 2017 00:16:01 GMT
????
?
No.88029
(2/2)

The fanfic itself is just a Fallout 3 LP with a pony skin active. It's got stuff stolen from F1 and F2, too, but mostly F3. Low-quality writing favoring quantity over quality, dumb "I talked X into giving me Y offscreen/somehow" moments designed to pad out the Reddit Respect Threads, and the constant sense that the writer is doing every sidequest possible BEFORE she gets to the ending.

Littlepip's pack of murderhobos contains a Stupid-Good medic that uses her limited medical supplies on patching up bandits that just shot at them, a generic guy with guns that turns out to also be a pegasus and probably a former enclave guy, and a generic big guy in a suit of power armour.

All the monsters are amped-up versions of Fallout enemies, usually while missing what made them scary. Deathclaws are now Hellhounds, diamond dogs that have big energy weapons and hate and fear ponies because nobody ever tried talking to them ever. Irradiated "Spritebots" (Eyebots) now play Perish Song 24/7.

The writer constantly wants Littlepip off for being the "Only good pony" in such an awful world, even though she's a dumb cunt that genocided the peaceful nice town of Arbu for being cannibals. Her girlfriend is a genderbent 3dog that looks like DJ-Pon3 and is named Homage, and LP loves her for being "Morally pure", since she never killed anyone DUE TO BEING BORN RICH AND HAVING FRESH FRUIT GROWN IN HER TENPONY TOWER. Also she has no problem rigging her radio tower to blow up, killing Enclave troops near the end, because fuck moral restraints.

Also the ending has Littlepip strap herself into the Single Pony Project, the other world-healing wave machine, one not powered by the Elements of Harmony, and she becomes a god of the wasteland able to control weather worldwide. She removes the cloud covering, new grass instantly grows, and raiders stop being raiders because the world is no longer so mean and scary. Kkunt has her special sue OC fucking FIX FALLOUT FOREVER, spitting on all the circlejerking fanboys that wrote fics in her "Verse" to try and ride her coattails.