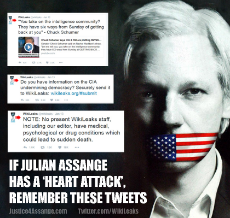 Julian Assange:
>The FBI is giving guns to the mentally ill to attack people then leaping in to save the day, cameras rolling. What a bunch of jerks.
https://twitter.com/julianassange/status/915905503015919618

UNDERCOVER IN ANTIFA: Their Tactics and Media Support Exposed!:
https://youtu.be/RmNz2jGzsDA

– quote–
For many years the Secret Government has been importing drugs and
selling them to the people, mainly the poor and minorities. Social welfare
programs were put into place to create a dependent, nonworking element
in our society. The government then began to remove these programs to
force people into a criminal class that did not exist in the '50s and '60s.
The government encouraged the manufacture and importation of
military firearms for the criminals to use. This is intended to foster a
feeling of insecurity, which would lead the American people to voluntarily
disarm themselves by passing laws against firearms. Using drugs and
hypnosis on mental patients in a process called Orion, the CIA inculcated
the desire in these people to open fire on schoolyards and thus inflame the
antigun lobby. This plan is well under way, and so far is working perfectly.
The middle class is begging the government to do away with the 2nd
amendment.
Author's Note: I have found that these events have indeed happened all over
the country. In every instance that I have investigated — the incident at the
women's school in Canada, the shopping center incident in Canada, the Stock-
ton, California, massacre, and the murder of Rabbi Meir Kahane — the
shooters were all ex-mental patients or were current mental patients who were
ALL ON THE DRUG PROZAC! This drug, when taken in certain doses,
increases the serotonin level in the patient, causing extreme violence. Couple
that with a posthypnotic suggestion or control through an electronic brain
implant or microwave or E.L.F. intrusion and you get mass murder, ending in
every case with the suicide of the perpetrator. Exhume the bodies of the
murderers and check for a brain implant. I think you are going to be surprised.
In every case the name of the murderer's doctor or mental treatment facility
has been withheld. I believe we will be able to establish intelligence-com-
munity connections and/or connections to known CIA experimental mind-
control programs when we finally discover who these doctors of death really
are.
Due to the wave of crime sweeping the nation, the media will convince
the American people that a state of anarchy exists within the major cities.
They are now building their case almost nightly on TV and daily in the
newspapers. When public opinion has been won to this idea, they intend
to state that a terrorist group armed with a nuclear weapon has entered the
United States and that they plan to detonate this device in one of our cities.
(This is now being set up by the crisis in the Middle East.) The Government
will then suspend the Constitution and declare martial law. The secret
alien army of implanted humans and all dissidents, which translates into
anyone they choose, will be rounded up and placed in the one-mile-square
concentration camps which already exist. Are the people whom they in-
tend to place in these concentration camps destined to make up the
reported "batch consignments" of slave labor needed by the space
colonies?
The media — radio, TV, newspapers, and computer networks — will
be nationalized and seized. Anyone who resists will be taken or killed.
This entire operation was rehearsed by the government and military in
1984 under the code name REX-84A and it went off without a hitch. When
these events have transpired, the SECRET GOVERNMENT and/or ALIEN
takeover will be complete. Your freedom will never be returned and you
will live in slavery for the remainder of your life. You had better wake up
and you had better do it now!
–end quote–

I am not going to suggest that this quote is precisely true, but the deep state has been playing games with the public, using psychology and technology, for a very long time and it needs to stop.

Unverified Source: (look at the source code of this web page, don't look at what the browser shows) http://www.lhohq.info/container/index.html 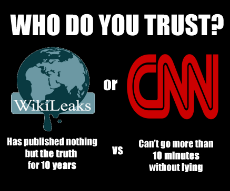