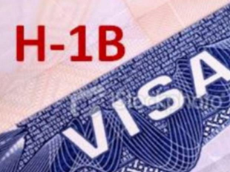 Anonymous
Sun, 12 Nov 2017 14:10:48 GMT
????
?
No.87703
…
>But a crackdown has been in the works, albeit more quietly. Starting this summer, employers began noticing that U.S. Citizenship and Immigration Services was challenging an unusually large number of H-1B applications. Cases that would have sailed through the approval process in earlier years ground to a halt under requests for new paperwork. The number of challenges — officially known as “requests for evidence” or RFEs — are up 44 percent compared to last year, according to statistics from USCIS. The percentage of H-1B applications that have resulted in RFEs this year are at the highest level they’ve been since 2009, and by absolute number are considerably higher than any year for which the agency provided statistics.
…
http://archive.fo/AiAFy - bloomberg.com
Anonymous
Sun, 12 Nov 2017 14:57:44 GMT
????
?
No.87710
poopers btfo
1 replies |  1 files |  1 UUIDs |  Archived
;
[Go to top] [Return] [Catalog] [Archive]