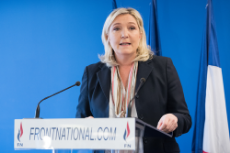 Anonymous
Sun, 12 Nov 2017 13:33:40 GMT
????
?
No.87697
87760 88036
>To assist the European Parliament, the French National Assembly has lifted the immunity of the head of the National Front, Marine Le Pen. The Paris parliamentary administration claims it is simply responding to a request of the judiciary, which under French law, prosecutes crimes. The trumped-up charges against Le Pen stem for publishing on Twitter the atrocities of victims of the jihadist militia Islamic State (IS). Le Pen faces several years in prison and this is obviously a political prosecution.

>Le Pen responded to the press (AFP): “The freedom of opinion and the prosecution of grievances that are fundamental to a deputy is dead with this politically motivated decision.”

>We seriously MUST take away the power to prosecute from the government. Any crime should be limited to VIOLENCE that results in prison and ALL prosecutions MUST be at the signed request of a citizen. If the citizen files a false charge, then they should suffer the same fate that they sought against the individual. We simply have to end political-prosecutions. That power MUST be stripped from governments when we get to reset the entire system once they crash and burn as a result of their own corruption. 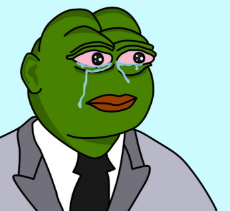 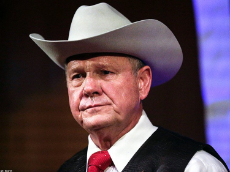 >>87784
>>87761
Cut this fucking blackpill pessimism the fuck out. It's tainting your worldview and the both of you couldn't be further from the truth.

We're not seeing it become a crime for conservatives to win or run in elections. If that were the case, then there would be actual new laws being put in place to further bind conservatives. Instead we're seeing the opposite taking place. ICE has been taken off their leash. Sanctuary cities are on the verge of losing federal funds. Immigration policies are shifting back towards merit based instead of filling out diversity quotas.

In the case of Roy Moore, what you're seeing is Swamp and their lapdogs in the media propagating baseless claims because they're losing like crazy and they have no better plays to make. They're throwing shit at the wall and PRAYING that something sticks. We're seeing Trump stacking the courts with conservative judges. We're seeing the Swamp freaking the fuck out because Hillary was supposed to win and this fucking bitch on the supreme court probably won't keep living through the duration of Trump's presidency. 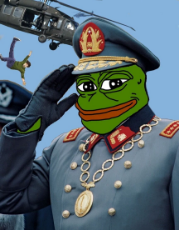 >>87788
Those 88s give me hope.
Anonymous
Mon, 13 Nov 2017 00:17:30 GMT
????
?
No.87790
87792
>>87788
Whoever runs in america, the population looses. It's always a different side of the same coin, democrat or republican. One's a jew controlled capitalist progressive and the other's a jew controlled capitalist conservative. That's why everyone tried so hard to keep Trump out, because he's a variable they can't really control. He doesn't even listen to his own staff. Even then though, congress keeps him in check and keeps enacting the globalist agenda. 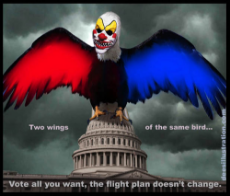 >>87788
This. The ruling elite always react with force when the tides turn against them. Yet the more they suppress the opposition, the more credence it gains in the eyes of the people. For only truth can triumph in a free and open discussion. If they jail Le Pen the backlash would be huge.

At the very least just stop using the term MAINSTREAM when referring to them. LEGACY media is more apt, especially in regards to printed press, or simply just the media if you wish.

Both forms of government are run by imperfect human beings and will inevitably be corrupted. Republics are supposedly meritocratic by having capable statesmen represent their people, but in reality the politicians mislead the people while acting as a de facto aristocracy. Direct democracy prevents power concentration in the hands of a few individuals, but masses of people are ignorant in politics and vote according to emotion.

Both systems in their own ways have enabled some reclamation from depravity: BREXIT stopped the European elite dead in their tracks and Switzerland, while no utopia, is the freest country in Europe; on the other hand, the electoral system in America impedes brainwashed hive-cities from running roughshod over the country. However, we should realize that these are merely reactions against the creeping tyranny that has already ensnared the West.

>>87978
Duly noted. Which is a fact among all walks of life. Take it from your Armstrong Economic Confidence Model, to Spangler's cyclism, add Heaven's mandate, and even paganism, hinduism, and tengrism. But, I will say that there's room for securing posterity. Take Heaven's Mandate in regard in which dynasties reigned for centuries. Indeed, they fall, but after all their existence, like we, are only temporary. So, our efforts should be towards for what we see for the present is right, then hope for the best of the future. This segment of civilisation will lead to the next, and although I expect as much terror as there will be good, I am comfortable knowing it will be this way. Tyranny itself is apart of the cycle, thus it may be noted that tyranny is not always the end. And, maybe there may be outliers like technology, however there are cycles of innovation. Infinity is after all only a loop.
Anonymous
Mon, 13 Nov 2017 23:52:41 GMT
????
?
No.88014
88023
>>87997
I was implying I was in two minds ;)
Anonymous
Mon, 13 Nov 2017 23:55:04 GMT
????
?
No.88017
88023
>>87827
a repulic is when a specific group of people, i.e. landowners, elect representatives to run their government. the problem with modern day france and america is that they've become democratic republics after any number of suffrage movements. Most people won't bother to vote and the percentage that do can be easily manipulated due to their strong investment in their own political beliefs. Also it's easier for them to cheat and fix the results because it's impossible for anyone to gauge such thing given millions of votes
Anonymous
Mon, 13 Nov 2017 23:59:44 GMT
????
?
No.88020
>>88013
https://www.youtube.com/watch?v=Phro5-MJ8_k
Anonymous
Tue, 14 Nov 2017 00:04:40 GMT
????
?
No.88023
>>88017
And, if so. How would you structure a republic to fit the needs of the modern day? Nobilility for example could be as easily as corrupt, and were a remnant of the feudal age, which meant they often stifled innovation. My position was not in support of democracy, but that the principle of the republic can be as empty as the principle of democracy. The senate after all plagued Caesar's decisions, but had some would rather have the senate than Caesar. Careful thoughts, anon.
>>88014
Stop being inside of people! That's lewd…
Anonymous
Tue, 14 Nov 2017 00:18:33 GMT
????
?
No.88032
Changing political processes doesn't change the basic nature of humans. But since we think it will we keep circling through ideologies.
Anonymous
Tue, 14 Nov 2017 00:26:15 GMT
????
?
No.88036
88049
>>87697
You think they will come for the rest of the party?
Anonymous
Tue, 14 Nov 2017 00:50:16 GMT
????
?
No.88049
>>88036
>>88036
Unlikely. They've been trying to charge with this since May. She could either ge a fine or imprisoned. Le Pen is only being investigated, and she deleted the tweet she made.
31 replies |  7 files |  1 UUIDs |  Archived
;
[Go to top] [Return] [Catalog] [Archive]